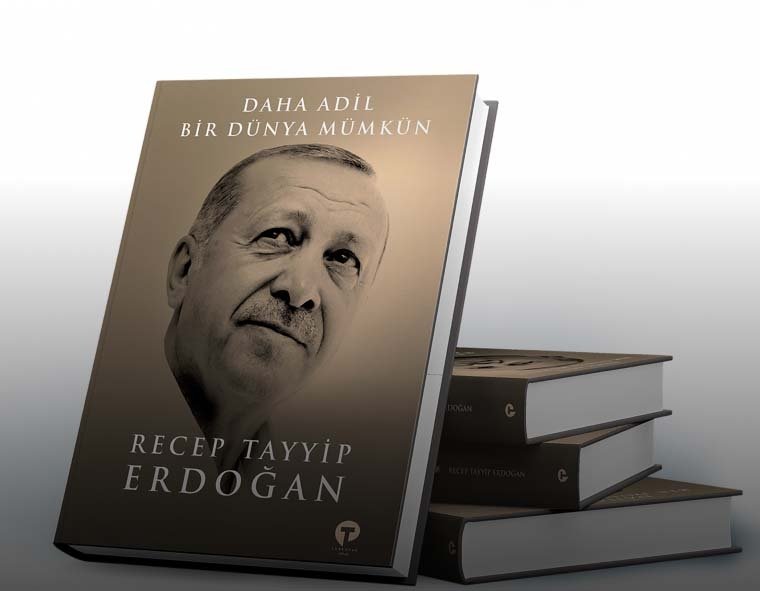 President Erdoğan has introduced a new reform proposal for the U.N. He repeated that the decisions concerning the whole world should not be left to five countries, as he has said without hesitation for years, and stated that he expected concrete steps from the U.N. to keep the world from being dragged into a new world war

President Recep Tayyip Erdoğan proposed a "revolutionary United Nations reform" before the 76th U.N. General Assembly. With the book titled "A Fairer World is Possible: A Model Proposal for United Nations Reform" published by Turkuvaz Kitap, he embodied the discourse of "The world is bigger than five."

Erdoğan is a leader that has for years said the fate of the world "cannot be handed over to the greed, interests and whims of the five members of the Security Council." He voices his opinion on every platform, including the U.N. General Assembly and leader meetings, regardless of who is offended.

Now, with this new book, Erdoğan tells that a new world has been born in the post-coronavirus era. He points out that this new world is "multipolar," but there is no guarantee that multipolarity will bring peace, security and stability. On the contrary, it informs that the world is in a place similar to before the great wars and that disaster will come if there is no joint action.

Erdoğan emphasizes that problems such as pandemics, irregular migration, terrorism, climate change, hunger, drought, injustice, failed states, civil wars, tensions between states, rising racism, populism and protectionism threaten all humanity. The solution proposed is to "establish global justice," that is, to "build a fairer global governance architecture." The way to do this is to make a "just and revolutionary reform" in the U.N. system that does not meet current needs.

Different from other proposals

Proposals for U.N. reform are not new to the world community. Discussed in the 1990s and 2000s, these recommendations focused on secondary issues. Countries such as Germany, Japan, Brazil and India handled the issue through their own memberships. And of course, these reform proposals fell through due to the reluctance of the five permanent members. The resolutions of the General Assembly were often ignored.

The most recent of such situations, which weakened the legitimacy of the U.N. system, was in 2018 when the United States decided to recognize Jerusalem as Israel's capital. Although this resolution was condemned by 128 votes to 9 in the General Assembly, the U.S. did not care.

Reviving the reform debate, Erdoğan is aware of the U.N.'s legitimacy problem and fraying. However, he does not give up hope on the U.N. as an institution where "effective multilateralism" can be operated. Instead of "starting with the narrow interests of the countries" for reform, he focuses on "general principles": The doctrine of justice, equality, fairness in representation, transparency, accountability and preventiveness. And he proposes a model based on these principles to make the General Assembly a legislator and the Security Council an executive.

The first thing to do for this democratic revolution is to create an agenda centered on removing the veto power. To date, 249 out of 2,446 resolutions have been vetoed by the Security Council. Russia vetoed 112, the U.S. 81, the U.K. 29, France 16 and China 11 bills. However, no model proposal that has been discussed under the umbrella of the U.N. so far has taken up the abolition of this problematic veto power.

Erdoğan thinks that 130 countries coming together in the General Assembly and deciding to abolish the veto power will create a moral ground. He calculates that the "Unity for Consensus" group can pass such a decision. He argues that the Security Council could veto this resolution, but that would have moral, political and diplomatic consequences.

Erdoğan's U.N. reform proposal that puts justice at the center opens the future of the global order for discussion. It calls for justice, not opposition. It not only rings alarm bells but also proposes concrete solutions so that humanity is not dragged into a new war. Erdoğan will likely share this proposal with world leaders at the U.N. two weeks from now.