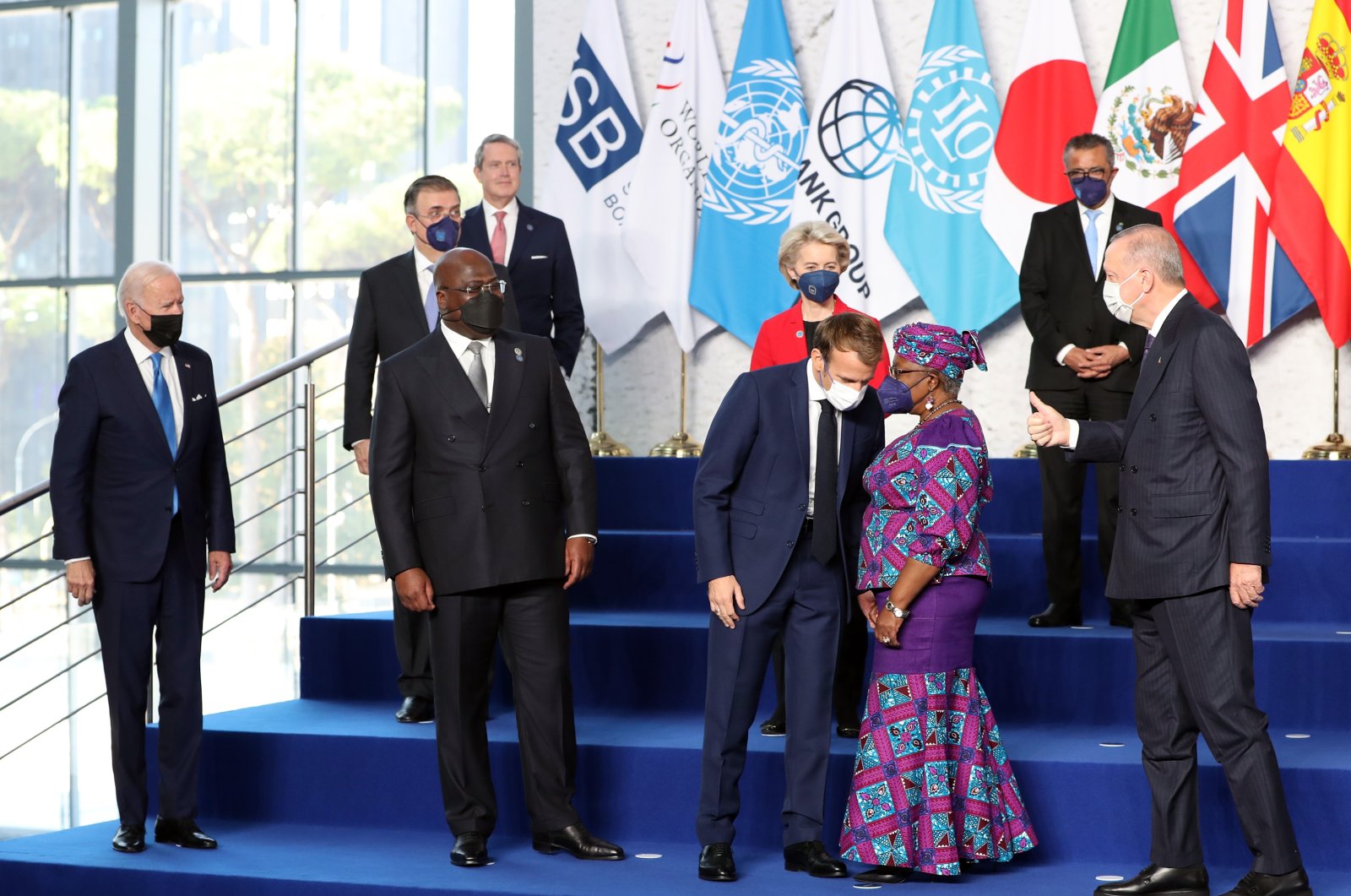 From the war on terror to the Eastern Mediterranean puzzle, the president discussed a series of serious issues with his counterparts Biden and Macron at the G-20 gathering

The G-20 summit in Rome gave President Recep Tayyip Erdoğan a platform to showcase his skills in leader-to-leader diplomacy. Having covered his trip personally, my sense is that his most important meetings were with U.S. President Joe Biden and French President Emmanuel Macron. While the first meeting hinted at reconciliation, the second was about continued competition. The fact that Erdoğan’s meeting with Biden went on for 70 minutes suggests that they discussed a broad range of issues in a “sincere and constructive” atmosphere.Their decision to establish a “joint mechanism” to manage the bilateral relationship, starting with security, defense, trade, counterterrorism and regional issues with an emphasis on NATO and strategic partnership, signaled that Turkey and the United States are both interested in repairing ties.

It is possible to argue that, going forward, managing existing problems and promoting closer cooperation will be among the priorities of both sides. Of course, that does not mean that rapid recovery is just around the corner. The many problems that accumulated since 2013 – including the Gülenist Terror Group (FETÖ) and YPG issues, the Halkbank case and the S-400 deal – won’t just vanish into thin air. One thing, however, is clear: Neither country wants a more turbulent relationship. They do not want problem areas to block negotiations. Rather, they wish to find new areas of cooperation if possible.

Afghanistan, Libya, Syria, the Eastern Mediterranean and increasing annual bilateral trade to $100 billion being included in the agenda attested to that fact. In a way, Erdoğan’s meeting with Biden represented a continuation of their conversation in Brussels. It is certainly a welcome development that tensions over the F-35 program have given way to the F-16 deal. Turkey and the United States could easily take fresh steps to work together in the area of defense if Biden persuades Congress as promised. That development, in turn, would have an impact on other areas, such as stopping the S-400 deal from setting the tone for the bilateral relationship.

Obviously, Biden will have to be determined to sell Congress on that plan. Erdoğan’s words to Biden – “I believe that you can do it and I see that you have the upper hand in this area right now” – signaled that the ball was in Washington’s court. It was also important for Erdoğan and Biden to talk about the YPG, the PKK terrorist organization's Syrian branch. The Turkish president made a reference to the Turkish-American alliance that inferred the current situation was unsustainable, hinting at the possibility of a cross-border security operation.

Indeed, PKK/YPG circles have been unhappy with Washington’s attitude for some time. Moreover, America’s retreat from Afghanistan raised serious questions about its future plans in Syria and Iraq. It is possible to argue that the current level of ambiguity could encourage the YPG to explore alternative avenues. Against that background, the possibility that Turkey could conduct a military operation in northern Syria terrifies YPG militants. After his meeting with Biden, the Turkish president said that “we agreed to work together on this issue, which represents one of Turkey’s priorities” and added that Biden “did not adopt a negative position” in that regard. Notably, Erdoğan stated that he did not expect the situation to “continue as is.” It would be hardly surprising for the Turkish president to make up his mind about the scope and timing of Turkey’s potential incursion into northern Syria, in light of his earlier meeting with Russia’s Vladimir Putin in Sochi and his most recent conversation with Biden in Rome.

On a separate note, Erdoğan and Macron talked about a broad range of issues and took note of their differences of opinion on issues like the Paris conference on Libya, the situation in the South Caucasus, Afghanistan and the sale of Rafale fighter jets to Greece. While Turkey is working closely with Germany regarding the situation in Libya, Macron is clearly attempting to steal the limelight by hosting that conference. Erdoğan’s position, however, is crystal clear: Turkey won’t attend if Greece, Israel and the Greek Cypriots have a seat at the table. Failing to get what he wants out of Erdoğan regarding Libya and the South Caucasus could encourage Macron to double down on his critique of Turkey and strike a populist tone on the campaign trail.