EU must distance itself from French aggression, Greek maximalism 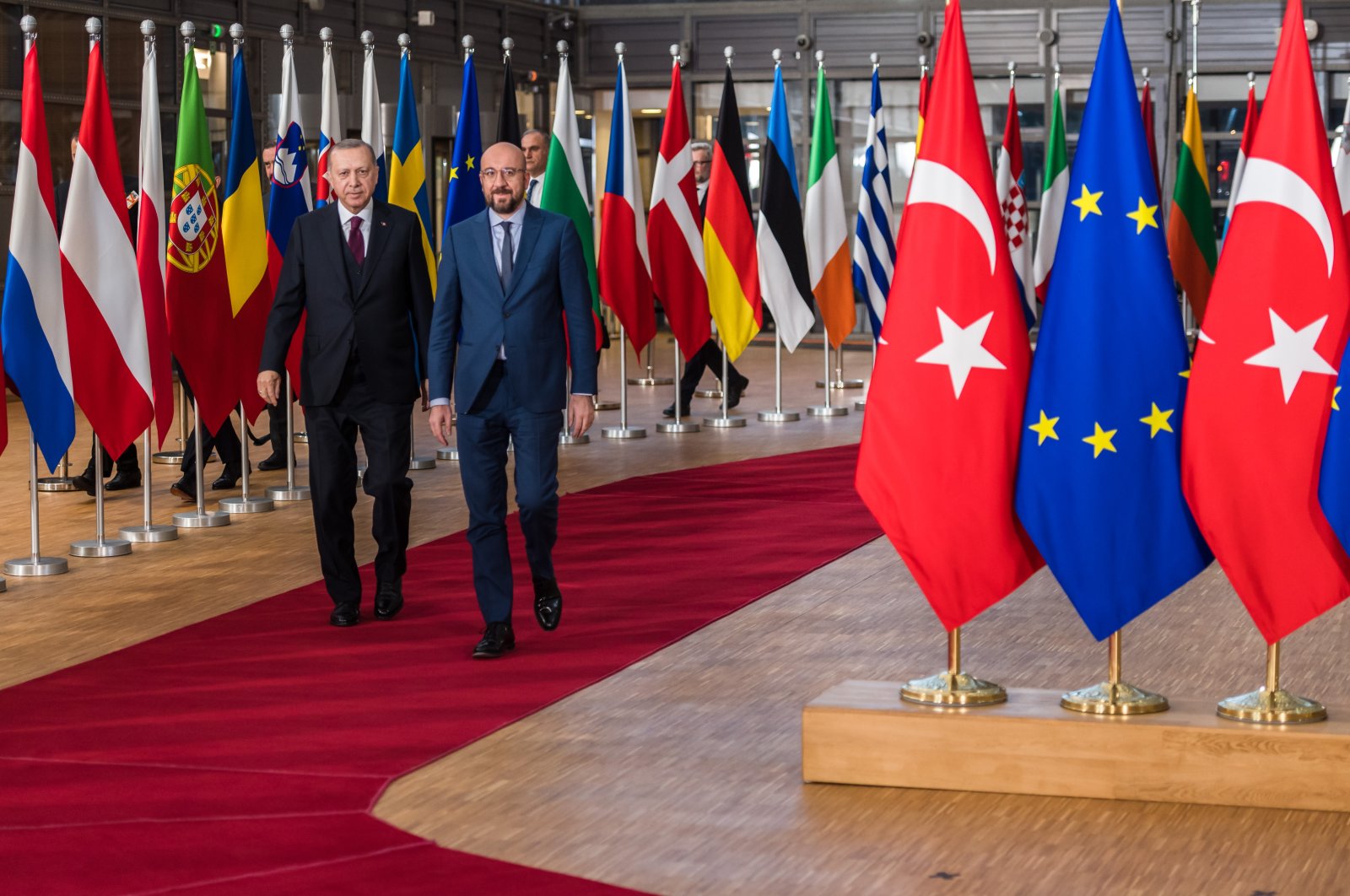 President Recep Tayyip Erdoğan’s visit to Azerbaijan and the European Union leaders summit will be the top items on Turkey’s foreign policy agenda this week.

The Turkish leader’s trip to Baku, shortly after Azerbaijan’s victory over Armenia, has immense symbolic value. The liberation of that country’s sovereign territory after three decades of occupation was undoubtedly a major accomplishment. It is no secret that Ankara’s unwavering and multidimensional support was instrumental in that victory.

The ease with which Azerbaijani forces managed to get past Armenia’s strongly reinforced line of defense was a historical military accomplishment. In this regard, Erdoğan certainly deserves to join his Azerbaijani counterpart, Ilham Aliyev, in celebrations.

The Nagorno-Karabakh conflict, however, remains unresolved. The status of Armenian-controlled lands has not been finalized, as France attempts, through the Organization for Security and Co-operation in Europe (OSCE) Minsk Group, to block the Turkish-Russian agreement.

Still, the lesson to draw from the latest war is that Turkey is key to stability in the Caucasus. That the region has been Russia’s backyard since the Soviet era and that Moscow, in fact, is unhappy with Ankara’s level of involvement there are hardly meaningful arguments.

If Moscow desires regional stability, it has no choice but to work with Turkey. That is the only way to create a process that will bring about peace, stability and cooperation among Caucasian nations, including Armenia. Again, stability in the Caucasus will have a positive impact on the Black Sea and Central Asia.

The second item on Turkey’s agenda will be the EU summit on Dec. 10-11. Having resisted the urge to sanction the Turks in October, the EU now threatens to punish Ankara. Greece and Austria, led by France, are calling for sanctions on Turkey over the Eastern Mediterranean and Cyprus.

European leaders have not taken advantage of the last two months to promote dialogue between Turkey and Greece. Germany still seeks to block efforts to derail the EU’s cooperation with Turkey. Again, Charles Michel, the president of the European Council, recently said that Europe was prepared to use all tools at its disposal – which suggests that minor sanctions could be on the table.

For the record, I do not expect that possibility to end what Michel called the cat-and-mouse game.

The trans-Atlantic alliance’s future remains unclear, and the West’s policy on Russia is still in the making. Therefore, there must be peace and calm between Ankara and Brussels. Both sides need to do their homework to make that happen.

Erdoğan made clear his political position by saying that “we belong in Europe.” That does not mean that Turkey intends to make concessions in Cyprus and the Eastern Mediterranean. EU leaders must distance themselves from French aggression and Greek maximalism.

Instead, they ought to promote Germany’s rational and conciliatory tone. The ball is in Brussels’ court. It’s time to make a strategic decision to end the game of cat and mouse to the advantage of shared interests.