EU must participate in Idlib solution 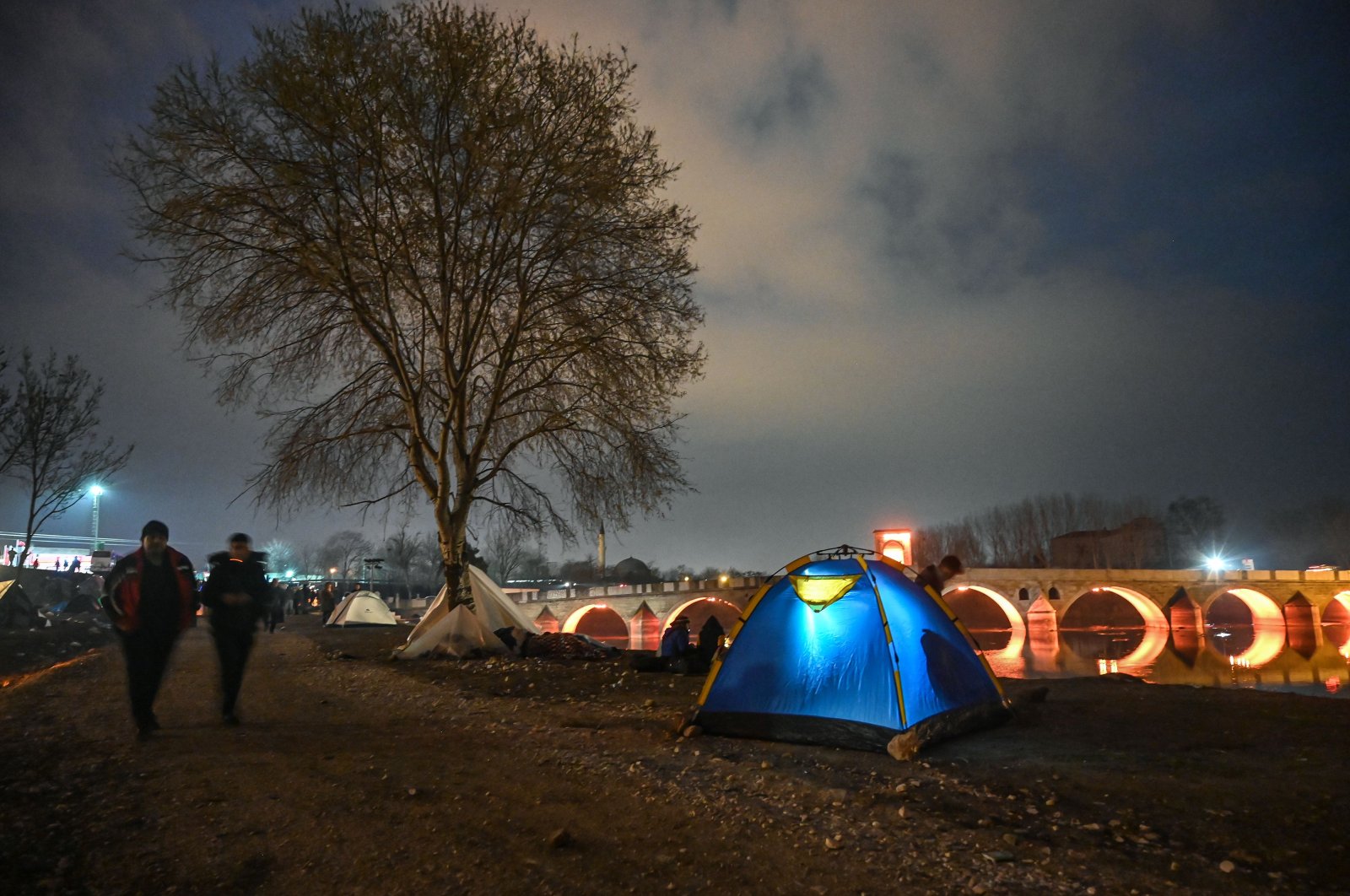 Migrants spend the night in a makeshift camp on the bank of the Tunca river as they try to enter Europe at the Turkey-Greece border, near the Pazarkule crossing gate in Edirne, March 5, 2020. (AFP Photo)
by Ihsan Aktaş Mar 06, 2020 11:01 pm

Last week, an unexpected turn of events occurred in the province of Idlib, which was under the heavy bombardment of the Syrian regime. After dozens of Turkish soldiers were killed by a series of treacherous attacks, Turkey launched Operation Spring Shield, a major military operation against the regime of Bashar Assad.

During the last decade, the Syrian civil war underwent numerous changes. In this sense, the Syrian crisis is divided not only geographically but also into periods. As each region has its own dynamics, each succeeding period is incomparable with its predecessor.

In northern Syria, while the United States remains effective in some regions via the YPG/PKK, Turkey controls other regions via the Syrian National Army (SNA). Iran rules central and southern Syria via the Assad regime, while Russia mainly controls a significant portion of Syrian airspace.

Although the main goals of the U.S. in Syria remain ambiguous, Turkey, Russia and Iran have come to an agreement in the maintenance of Syria’s territorial integrity.

The province of Idlib has become the exile lands of all opposition groups in Syria. Certain terrorist groups, such as former members of al-Qaida or the Nusra Front, reside among the people of Idlib. Although they are not directly connected with any countries involved in the Syrian crisis, some terrorist groups are supported by Saudi Arabia and the United Arab Emirates.

With the aid of Russia and Iran, the Assad regime realized deadly attacks on Idlib to swallow the province by sweeping millions of Syrians toward the Turkish borders. Turkey took all the risks by intervening in the attacks to prevent not only the slaughter of thousands of people but also the immigration of millions. Although Turkey and Russia signed the Sochi deal in 2018, the Assad regime continued its attacks on Idlib through the support of Russia and Iran.

Meanwhile, the member states of the European Union did not assist Turkey in its struggle to prevent the escalation of the Idlib crisis. They did not even adopt the stance of letting the Syrian people live in Syria in the international arena despite the fact that the Syrian crisis with hundreds of thousands of refugees would eventually knock at their door.

In the last decades, the influence of the EU dramatically decreased in the formation of the international order. According to a European political scientist I spoke with, the slow decline of European power is partly due to the competition of the U.S. with the continent.

On the other hand, Turkey struggles not only to prevent the attacks of Russia and Syria on Idlib but also to manage the escalating refugee crisis with the EU countries. Today, Turkey has emerged to be the only country that truly cares about the human rights of the Syrian people.

Although Turkey and Russia have successfully worked together in the Syrian crisis, they recently came face to face in Idlib. This unexpected encounter has awakened the interest of the U.S. and NATO in Turkey. While I write these lines, President Recep Tayyip Erdoğan and Russian President Vladimir Putin announced a cease-fire in northwestern Syria.

European countries have to participate in the Idlib process simply because Turkey has no capacity to accept more refugees from Syria. Some 10 million Syrian refugees currently live outside their homeland. By bombarding Idlib, the Assad regime and Iran aim to force Sunni Syrians out of the country. This plan is not only a crime against humanity but also an unrealistic strategy.

For years, Turkey has hosted almost 4 million Syrian refugees. By letting the Syrian refugees head for the EU, Turkey aims to attract the attention of the world to the Idlib crisis and to include European countries in the resolution process.

I hope the cease-fire recently declared by Turkey and Russia will end the ongoing humanitarian crisis in Idlib and force the U.N. and the EU to participate in the resolution of the Syrian civil war.