EU should not join Greek-French bandwagon in East Mediterranean 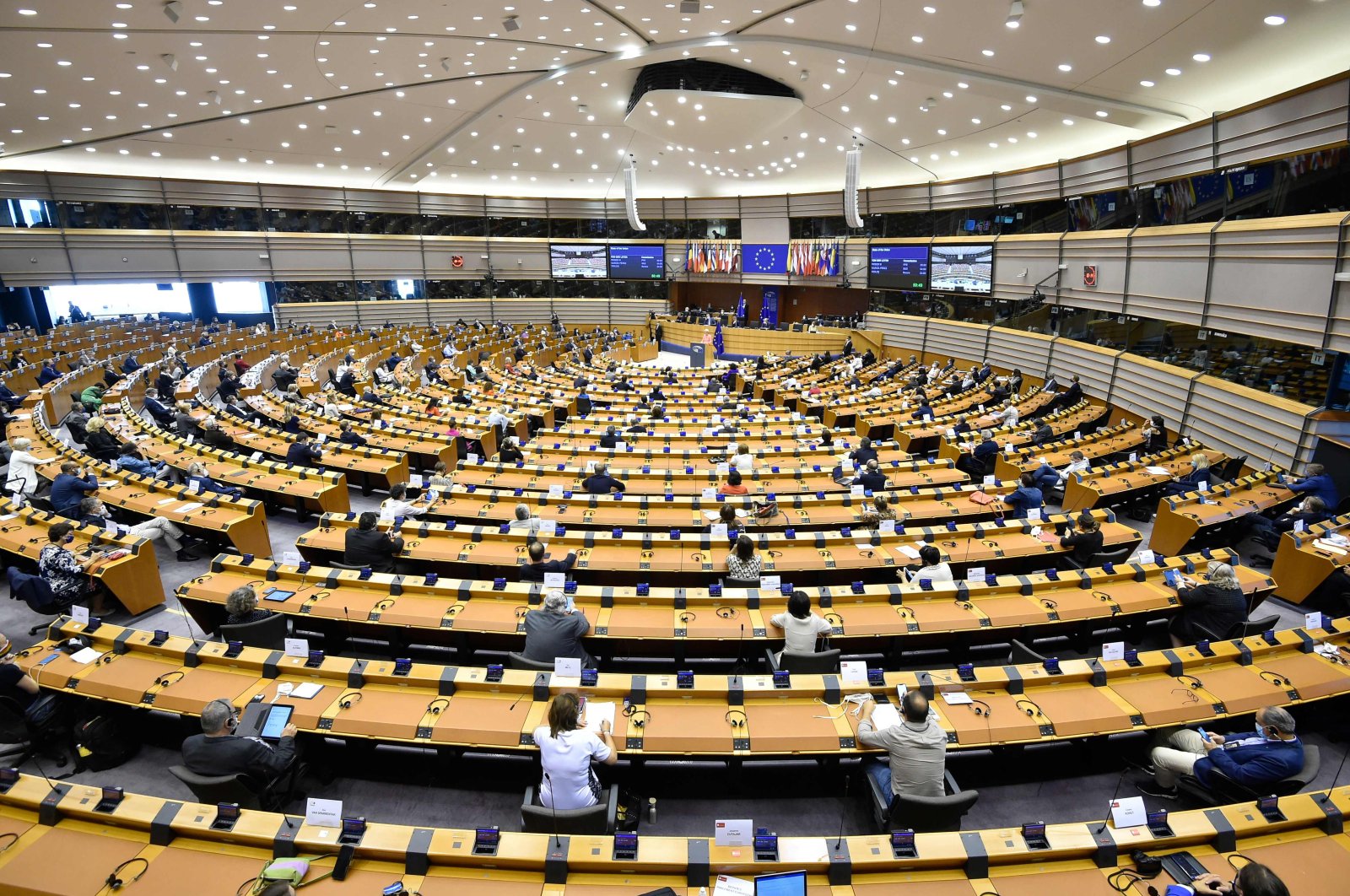 The Special European Council's meeting in Brussels on the single market, digital transformation and the European Union's industrial policy was postponed following council head Charles Mitchell's decision to go into isolation due to the coronavirus.

The meeting's goal was to find ways to reduce the uncertainties and difficulties that emerged in light of the pandemic. It is clear that a new perspective is needed if the EU is to address one of the most challenging uncertainties of the post-World War II political order. However, without a doubt, relations with Turkey and China will also be another vital item on the agenda of the council meeting when it is held in the near future.

The tense situation in the Eastern Mediterranean due to Greek and French provocations and Turkey’s responses to those efforts will be the most controversial topics. Greek and Greek Cypriots are pushing the EU for sanctions or a coercive action against Turkey for the recent tension. Such a move would be counterproductive and would only distract the EU from dealing with the destructive consequences of the COVID-19 pandemic.

The current Eastern Mediterranean crisis is a fake one that escalated because of the maximalist claims of Greece, as well as French President Emmanuel Macron’s feelings of intimidation in light of Turkey’s sovereignty and national interests. This manufactured crisis, however, may have real consequences for all sides if not well managed.

The Eastern Mediterranean conflict is already distracting the EU from its real issues – not to mention its fundamental principles. Coordination and cooperation with Ankara – rather than escalating tensions – would promote the interests of both Turkey and the bloc. Many European leaders are aware of this but do not want to confront Greece, France or the Greek Cypriot administration.

Earlier last week, Ankara decided to withdraw the Oruç Reis seismic research vessel from activities, docking the exploration vessel at the southern port of Antalya. The move was aimed at providing some breathing space for diplomatic negotiations to resume given the rapid pace tensions were escalating.

There are still risks of further escalation if Turkey and Greece cannot reach a common ground. How the EU responds to Turkish-Greek/French tension will have implications beyond the region and will also demonstrate how the EU situates a significant geopolitical actor and a candidate country like Turkey, not to mention show how committed the bloc is to some of its founding principles.

These principles include the idea of rule-based, rational institutions and procedures that promote collective interests with the free exchange of goods, ideas and people.

Nowadays, however, certain ambitious nationalist leaders are peeling those fundamental ideas away and dragging the EU into a conflict that will further undermine its interests.

For decades, the EU managed to promote peace, prosperity and stability due to the principles that formed its basis. However, the nationalist passions and ambitions provoked by the bloc's practical decision-making schemas may also undermine the values and norms upon which it was based.

The EU’s response to the Eastern Mediterranean crisis will represent an important indicator of how the EU can handle its geopolitical concerns.

Decision-makers in Ankara, as well as the Turkish public at large, will be closely following the outcomes of the Brussels meeting. The EU has already seen a drop in popularity in Turkey over the last several years, with only a limited segment of Turkish society following the latest goings-on in the organization.

A possible set of sanctions and other threats that may materialize in light of the recent bout of tensions between Ankara and Athens will cast Brussels once again in an unfavorable light in Turkey. If the EU takes coercive action or sanctions against Turkey, it will only plummet the already weakened popularity of the EU among Turks.

Either the EU will focus on its institutions, values and solidarity to promote and expand the peace and prosperity of its members and associates in an inclusive manner, or alternatively, may decide to insulate itself out of a lack of self-confidence. So far, the EU has succeeded in managing many crises, such as the immigration crisis of 2015, the 2008 global financial crisis and Brexit, thanks to the leadership efforts of Germany.

Currently, however, its second founding actor, France, is pushing the bloc in another direction by escalating geopolitical tensions with Turkey at a critical juncture.

The EU, considered an institution of rationality and collective interest, has failed to accommodate Turkey because of a conflict of identity.

Accommodating Turkey could have helped address one of the fundamental fears of the European psyche and offer them better opportunities in resolving problems in neighboring non-Christian civilizations.

But unfortunately, the vision was overshadowed by the exclusionary limitations of Judeo-Christian exceptionalism. The EU has missed a historic opportunity to resolve one of its fundamental paradoxes under the aegis of populist politicians.

Today, the EU may also lose a significant counterpart in Turkey, which has the power to play a constructive role in the post-COVID-19 international order. This will only materialize if it abides by the blackmailing attempts of right-wing Greek politicians and their French sponsors. Turkey is not an enemy of the EU – or even an enemy of the ideas behind the EU. Turkey is indeed a sidelined friend who still expects the EU to continue playing by the rules and principles that it created.

However, if the bloc decides to play another game with Ankara, this may have completely different consequences. Both Turkey and the EU will lose in such a scenario if the EU decides to impose sanctions and coercive measures against Ankara. Accepting the Greek Cypriot administration's stance without addressing the outstanding political problem on the island inclusively was a big mistake and a missed opportunity for the EU in playing a constructive role in the Cyprus standoff.

Now the EU is preparing to make an even bigger mistake by letting populist Greek leaders and Macron exploit the institution against an imagined enemy. If the bloc decides to impose sanctions on Turkey because of Greek and French blackmailing, this may be the beginning of a new and darker era in Turkish-EU relations.

The far-right and far-left politicians and actors sponsored by actors who aim to weaken the EU as an institution may be the winners in such a scenario. Indeed, this will entail the loss of the few remaining friends of the EU in Turkey, who still believe that the institution can play a role in light of its founding principles.