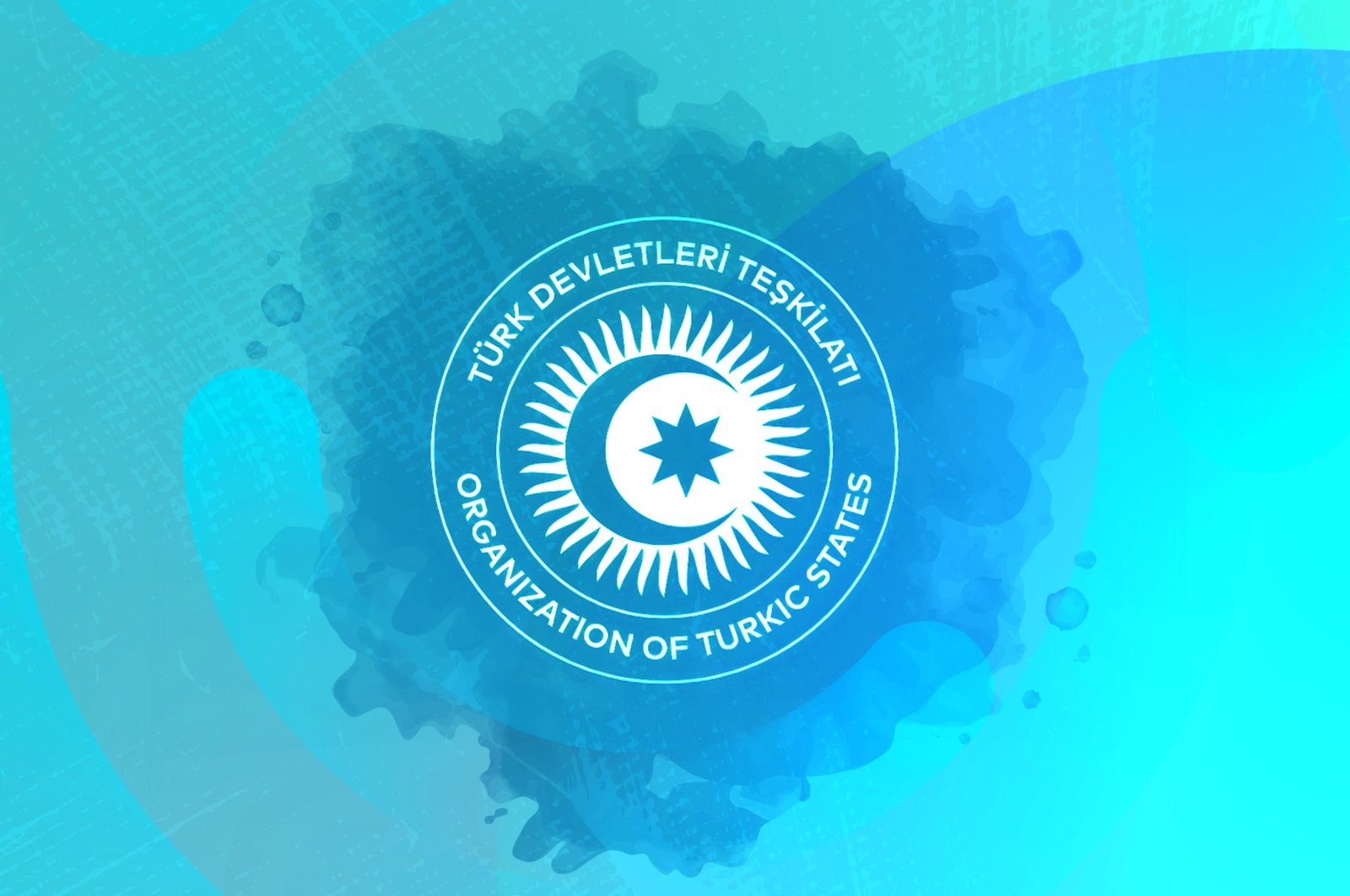 An illustration of the official logo of the Organization of Turkic States. (Illustration by Büşra Öztürk)
by Kerem Alkin Nov 20, 2021 12:05 am

Representing 2.15% of the world's population and 1% of the world's land, the seven Turkic states renamed the Turkic Council as the Organization of Turkic States at the eighth summit held in Istanbul last week. The organization represents a wide span of land encompassing 6,149 kilometers (3,821 miles) from the westernmost country of Hungary to the easternmost country of Kyrgyzstan. It will be an important player in every respect in the global economy and geopolitics, emerging as the new global actor of Eurasia. As Azerbaijani President Ilham Aliyev has stated, Turkey continues to solidify its position as a power center globally and Turkic states have gained strength as a result.

One of the main reasons for the organization's transformation toward a strong future is the Turkic states' trust in President Recep Tayyip Erdoğan's determination, will, belief and sincerity. Turkey's achievements, which allowed the country to build a new future in its own region under the visionary leadership of Erdoğan, enable these steps to be taken. The success and prestige of megaprojects – which connect the continents of Turkey – facilitate and will continue to facilitate global trade. The projects will grow from a volume of 15 trillion tons to 30 trillion tons. They contribute to an increase in the mobility of the world's population from 8 billion to 9.2 billion, and then on to 11.3 billion. They should not be overlooked.

Turkey's investment in national and domestic technology to achieve self-sufficiency based on "national sovereignty" and "national will" will determine the fate of the first and second generations of neighboring countries, especially Turkic states in Turkey's region. The altering effect should not be forgotten, too. With the Organization of Turkic States, Turkey is entering a new era that will establish roots, grow, develop and flourish faster in Eurasia, an area of 4.83 million square kilometers (1.86 million square miles). As Erdoğan stated, soon "the sun will rise from the East again." The Turkic region, which served as the cradle of civilization for thousands of years, will once again become a center of attraction and enlightenment for all humanity. Erdoğan's call to "continue to develop our relations in every field in accordance with the natural road map of our civilization and culture" is the most critical call for the global role of the Organization of Turkic States.

Aspiring for the future

Global trade will gain a new flow from the Asia-Pacific to the Atlantic, making the organization's geographical position invaluable in terms of global transportation and logistical corridors. For this reason, this "holy" union based on strong roots, kinship, brotherhood and political solidarity will serve as a multifaceted, multilayered collaboration for strong economic cooperation, high levels of trade as well as cultural and social relations. As a member of a generation that was brought up with the ideals of a "national will," "patriotism" and "the Turkistan geography," it is difficult to describe the storm of emotions that the Organization of Turkic States recently caused in my heart. The 21st century is a time in which the formation of new power centers will accelerate and a new balance will be established between Asia-Pacific and the Atlantic. The success of the organization will alter the course of developments in the formation of these processes. Let us never wave this aside.