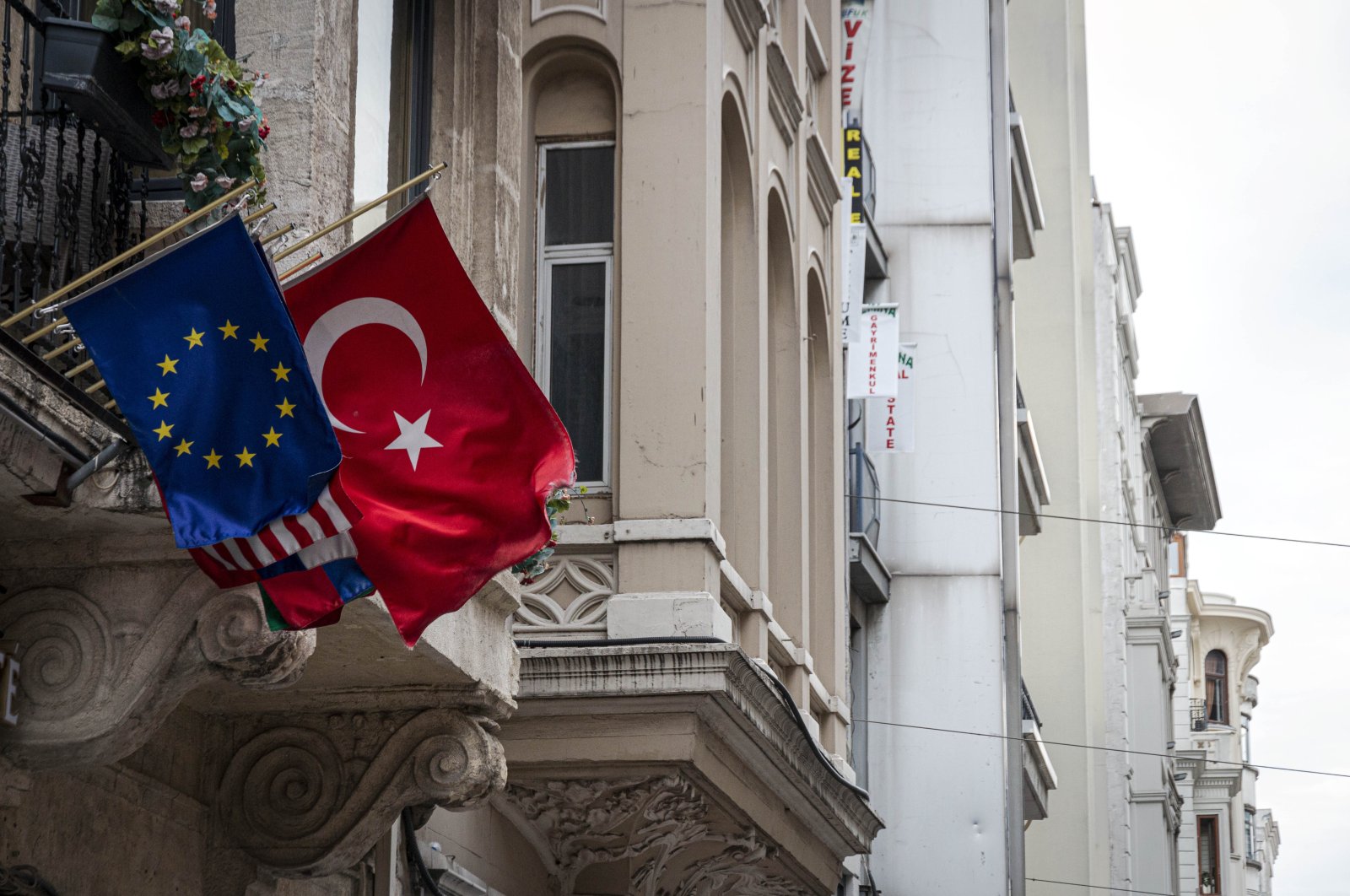 In recent years, the European Union has managed to overcome severe crises and inspire new candidates to full membership despite the unexpected Brexit decision. The union is still seen as a hub of peace and prosperity in spite of the gradual rise of extremist ideologies in the continent and European economies' declining role in global economic activity.

The EU's redistributive policies are still thriving, yet member countries' social and cultural bonds are weaker than ever. Establishing a shared identity and sense of collective solidarity seems like a more and more distant possibility.

More importantly, the EU has failed to formulate a consistent strategic vision to propel the union forward post-COVID-19 toward a shared future.

The EU offers prosperity, stability and security to its members, yet it provides few opportunities for the rest of the world. Other than with a few member countries, the EU has lost its status as a game-changer in an international context.

The fragmentations and the disagreements of the member countries and the parochial visions of incompetent politicians dominate critical debates. This narrow-minded approach to problem-solving prevents the EU from formulating a consistent long-term strategic vision.

Except for some minor political disagreements coming from the Hungarian and Polish authorities, EU member countries managed to reach a consensus on the COVID-19 economic recovery plan. The development is a remarkable achievement for Europe, which heavily felt the impact of the destructive pandemic.

In the early stages of the pandemic, the member states failed to demonstrate solidarity among themselves and even competed for scarce medical equipment.

Some member countries, especially Italy and Spain, were deeply disappointed by the EU's failure to demonstrate full-scale cohesion. Turkey, Russia, China and some other countries tried to fill the gap and provide some medical aid to show solidarity with Italy and Spain.

The economic consequences of the pandemic are expected to have a long-lasting impact on the EU.

Despite all the difficulties and disagreements, EU members did successfully manage some of the more acute crises facing the union over the last decade.

The leadership efforts of German Chancellor Angela Merkel were key to this success, whose consultations, deliberations and fierce negotiations fueled consensus-building efforts.

Distributive mechanisms and policies are still the key drivers of the EU. The possible negative outcomes of disagreements often push parties to reach final agreements.

While the union has relative success in managing crises, its political agenda lacks a shared strategic vision and long-term planning.

With the slow decay of shared liberal values and declining U.S. interest in the continent, the EU faces strategic confusion. Relations with the Russian Federation, the current geopolitical confrontation in the Eastern Mediterranean, recent political tensions in the West Balkans and extremism are critical strategic challenges that the EU is facing.

In addition, EU member countries' economies are becoming less competitive in comparison to Asian economies. Member countries appear to be paralyzed in the face of difficult strategic choices.

The U.S. appears to be less interested in pushing its European allies geopolitically despite Joe Biden's election to the U.S. presidency.

One key area in which the EU is confused is in its relations with Turkey, which has been a candidate for full membership since 1999. Turkey is a neighbor to the Middle East, connected to the Caucasus and the Black Sea basins, and has an increasing influence on the African continent. Turkey plays a significant role in the security of Europe both as a NATO member and a partner to the EU.

If accepted into the EU, opportunities to further cooperation and collaboration with Turkey could significantly contribute to the union, and Turkish authorities have repeatedly voiced their interest in full membership.

EU membership is a strategic priority for Turkey, but some EU member countries try to utilize the union to put pressure on Turkey. Greece and France's opportunistic utilization of the EU's platform to coerce Turkey in order to achieve their maximalist policies is unacceptable.

The EU represents a specific set of values and promotes the common interests of its members through collaborative strategic vision and is not a vehicle to achieve certain members' provincial interests.

Unfortunately, the EU's parochial visions and lack of strategy push the union to the sidelines and punish Turkey, who could be a significant asset for the future.

The response of the European leaders to Ankara's recent constructive messages at the upcoming summit will be critical in determining Turkey's medium-term and long-term strategic preferences. Turkey will continue to improve its bilateral ties with many European actors but its overall geopolitical stance hangs in the balance of the outcome of the summit.

The Turkish public has lost interest in EU officials and leaders, having already lost hope. The current momentum and pressure from populist politicians in France, Greece and Austria could shadow Turkish-EU relations. Only a reassessment and strategic mindset can move forward relations between Turkey and the EU.