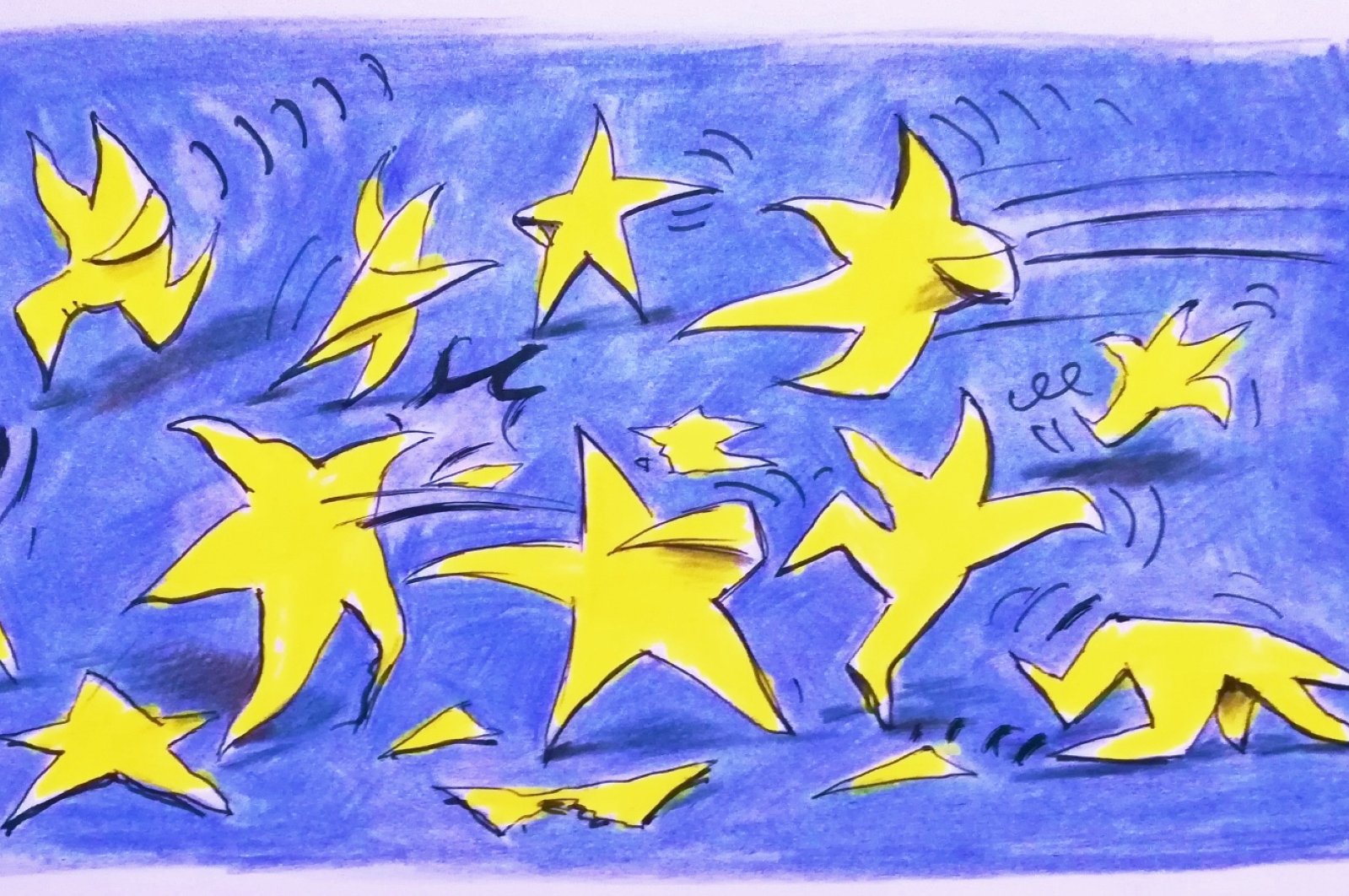 The coronavirus pandemic has caused an overwhelming number of problems for all international actors, including the most powerful ones. It has often been said that even though the pandemic issue is global, the solution is national. In other words, the coronavirus pandemic is a global health, economic, political and security problem for all international actors, including nation-states and international organizations. The European Union is no exception. German Chancellor Angela Merkel confessed that the EU is facing its biggest threat since its foundation due to the pandemic.

The EU has been facing certain friction between the northern-tier EU members and the southern tier, i.e. the Mediterranean countries, in recent decades. There have been several turning points and profound developments in Europe that further deepened the north-south rift. One of the most decisive factors was the 2008 global economic crisis. More robust economies of the north did not want to share the burden of the economically vulnerable southern countries, which were severely affected by the economic crisis.

Secondly, the mass influx of new refugee waves into Europe exacerbated already existent ultra-nationalistic perceptions of xenophobic, anti-globalization and anti-EU political actors. Southern countries such as Greece and Italy are more influenced by refugee waves than other European countries. Southern countries such as Italy feel that the EU has abandoned them once again, following the eurozone crisis. Many European countries shut their borders to keep migrants out.

A third factor that contributed to the north-south rift is the rise of ultra-nationalist and far-right governments throughout Europe. As a Europe-wide development in the 2010s, the radicalization of politics has increased the friction between northern and southern member states. Most European governments or influential political actors share xenophobic, anti-globalization and anti-EU political perspectives. Both the governments and the peoples of the continent have lost their confidence in the future of the EU. Brexit is just one case in point. Political observers began to discuss other “exits” – the possibility that other member states would leave the union.

As the fourth and most effective factor, the coronavirus pandemic has worsened the widening political fault line between northern and southern EU members. Due to the measures taken by the member states, the Schengen area was invalidated by the members. When we look at the numbers regarding the coronavirus pandemic, it is obvious that southern European countries, i.e. Italy, Spain and France, are much more affected than northern EU members. In other words, the impact of the coronavirus pandemic will be different for each country. While the southern countries have been hit harder, the northern countries will apparently be less affected. So far, the cost of the virus is relatively much higher in Italy, Spain and France compared with the Scandinavian countries and Germany.

In spite of some calls for closer cooperation between the EU member states in the struggle against the security, political and economic consequences of the pandemic, northern member states, including Germany, remain reluctant to share the burden of the southern member states. The EU Commission announced the closure of national borders for 30 days. The closure of national borders and the war over masks and medical equipment nullified the main pillars of the EU – the free movement of goods and people. For instance, some EU members such as Germany banned the export of vital medical supplies to needy countries such as Italy.

The lack of solidarity between EU members caused fierce reactions from politicians and peoples of the southern states such as France, Spain and Italy. Spanish Prime Minister Pedro Sanchez called on other EU states to develop a Marshall Plan for Europe and create a shared debt mechanism to support economic reconstruction in member states hit by the coronavirus pandemic.

Considering the interdependence between the EU member states and the influx of multiple problems, the future of the EU does not look bright. The EU member states have been continuously experiencing problems at three different levels: national, continental and global. At the national level, most states experience a polarization between ultra-nationalist and moderate political actors. At the continental level, there is a widening fault line between the more resilient north and the vulnerable south. As in the case of the United Kingdom, the richer states do not want to share the burden of the weaker and less developed EU members. At the global level, the EU is squeezed between the interventionist global actors, namely the United States and the Russian Federation. The EU member states have lost their leverage in most political crises such as the Syrian, Libyan, Palestinian-Israeli and Yemeni conflicts.

The more political fault lines are reopened between the EU member states, the more the rise of far-right populism, ultra-nationalism, a radicalization of political actors and euroskepticism will be fostered. The more the EU remains indifferent to certain problems of its member states, the more mainstream politicians, as well as populist ones, will question EU membership. Political leaders of the southern states such as Spain and Italy have already begun to warn the EU that it is at risk of falling apart. Trust among EU members is at its lowest point nowadays, due to their focus on solving the coronavirus problem at a national level. In the end, for many European politicians and individuals, the EU has lost its meaning as a project that brings peace and prosperity to all its members. Unfortunately, the long-time north-south divide has been blocking any effective measures to be taken and any prompt progress on required funding at the EU level. Therefore, it seems that the north-south split will expand in a way that will be hard to recover from. The coronavirus pandemic is the latest and the most effective wave of European crises that have thrust the EU into an existential problem.