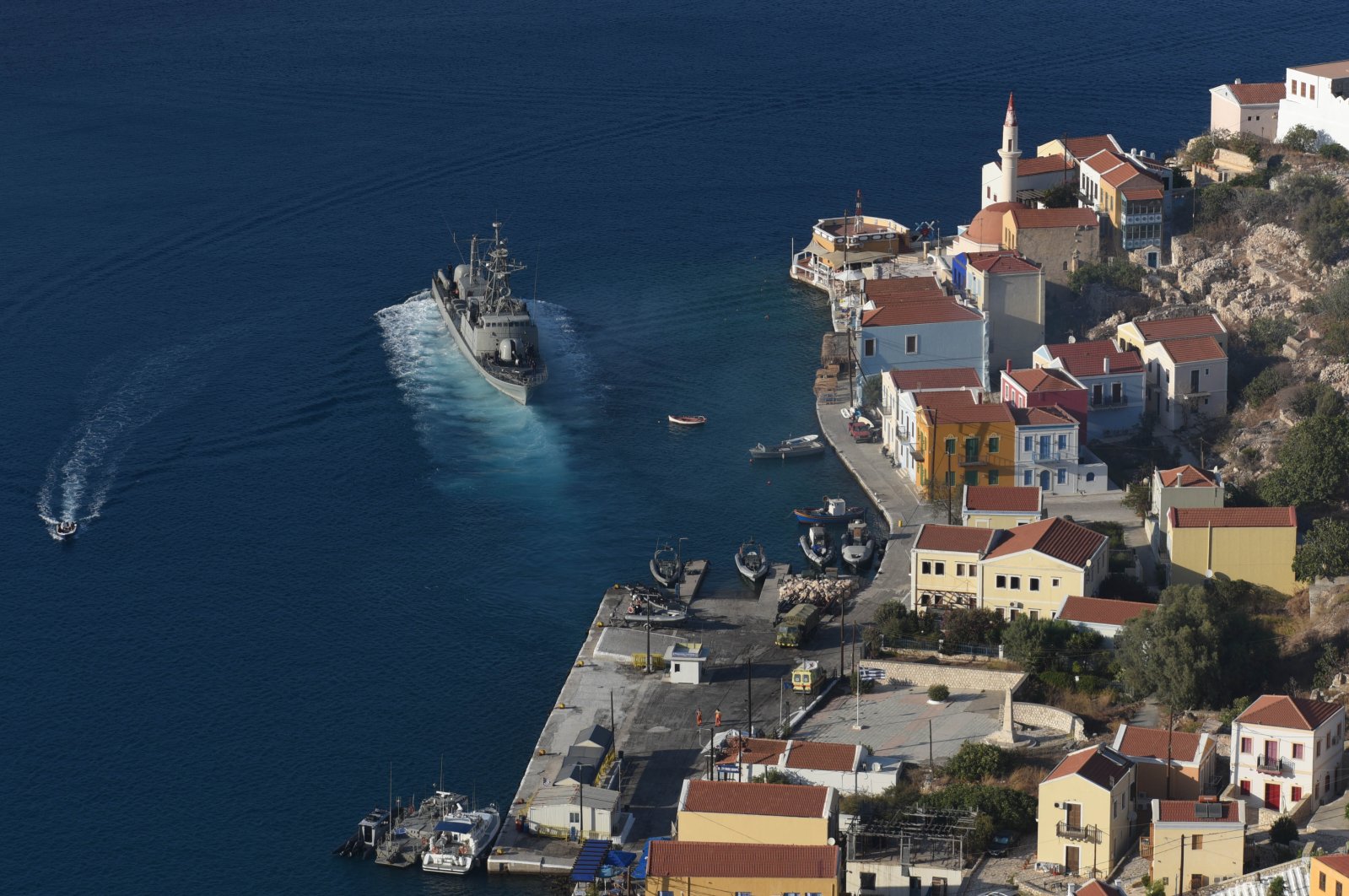 Turkey and Greece have resumed exploratory talks in Istanbul after a five-year interval. Although the content of the meeting is not clear, the main objective of the renewed discussions is to address long-standing bilateral issues including maritime disputes and sovereignty rights between the two countries.

In order to find an inclusive and just solution to the problems in the region, these talks were initiated in 2002. Between 2002 and 2016, 60 different meetings were held by the two nations, but no serious improvement has yet been achieved.

The 61st round of the exploratory talks is led by Turkish Deputy Foreign Minister Sedat Önal and retired Greek diplomat Pavlos Apostolidis. After several months of tension between the neighboring countries, Turkey and the European Union and, similarly, Ankara and Athens, finally established some constructive dialogue at the end of 2020.

The renewed talks aim to improve the positive atmosphere between Turkey, the EU and Greece.

The Turkish side thinks that reaching a comprehensive solution in the Eastern Mediterranean region will not only benefit the two countries but also will make a great contribution to regional peace and stability.

Turkey has been asking for solutions to the problems within the framework of law, rights and equity. Ankara routinely points out that Athens must recognize Turkey’s rights in the Aegean and the Eastern Mediterranean.

In spite of Turkish officials' positive expectations, the Greek side will not make any compromises, and the talks will not lead to any positive results, but there are some significant reasons for Athens' participation in the talks.

First of all, Greek officials do not want to be considered the source of the tension. They want to demonstrate their good faith to their friends in the EU in order to persuade them that they want a peaceful solution.

Second, there are significant differences between the perspectives of the two sides. Unlike Turkey – which wants to discuss all issues between Athens and Ankara including the continental shelf, exclusive economic zones (EEZs), airspace and the status of the islands in the Aegean – the Greek side wants to keep the talks limited to the demarcation of maritime zones only, and they do not want to bring other issues to the negotiation table.

Third, Athens wants to transfer all bilateral issues to the EU context. The Greek government has been instrumentalizing the issues with Turkey in the EU framework. There are claims that this behavior is a direct result of the imbalance of power between the two states.

The stronger Turkey becomes, the more Greece has tended to bring issues to EU platforms. Many EU members such as Germany, however, do not want the Greek problems to poison EU policies toward Turkey, a significant political and economic partner of the EU.

Despite the low expectations, there are still some meaningful benefits to the exploratory talks. First of all, it facilitates the establishment of a hotline between the two countries. That is, direct talks will prevent an accidental development that may cause bigger problems.

Second, it will decrease the level of tension between the two nations. The efforts for finding a solution to the problems through good dialogue, negotiations and neighborly relations are welcomed by all sides.

Third, EU institutions and representatives have welcomed the talks, since the issues between Greece and Turkey determine EU-Turkey relations as well. The authorities in Brussels do not want Turkish-Greek relations to harm Turkey-EU relations.

Fourth, the lack of direct dialogue between Turkey and Greece will lead to the intervention of third parties and their exploitation of the problems. That is, direct negotiations that include taking confidence-building measures by the conflicting sides are always preferred to indirect talks. Direct negotiations will provide a convenient political atmosphere between the two countries.

All in all, it is always preferred to continue diplomatic negotiations to discuss bilateral and multilateral problems in the Aegean and the Eastern Mediterranean region, since the continuation of tension will harm the two sides alike. Therefore, the continuation of exploratory talks and maintaining direct contacts between the two states is a win-win process.