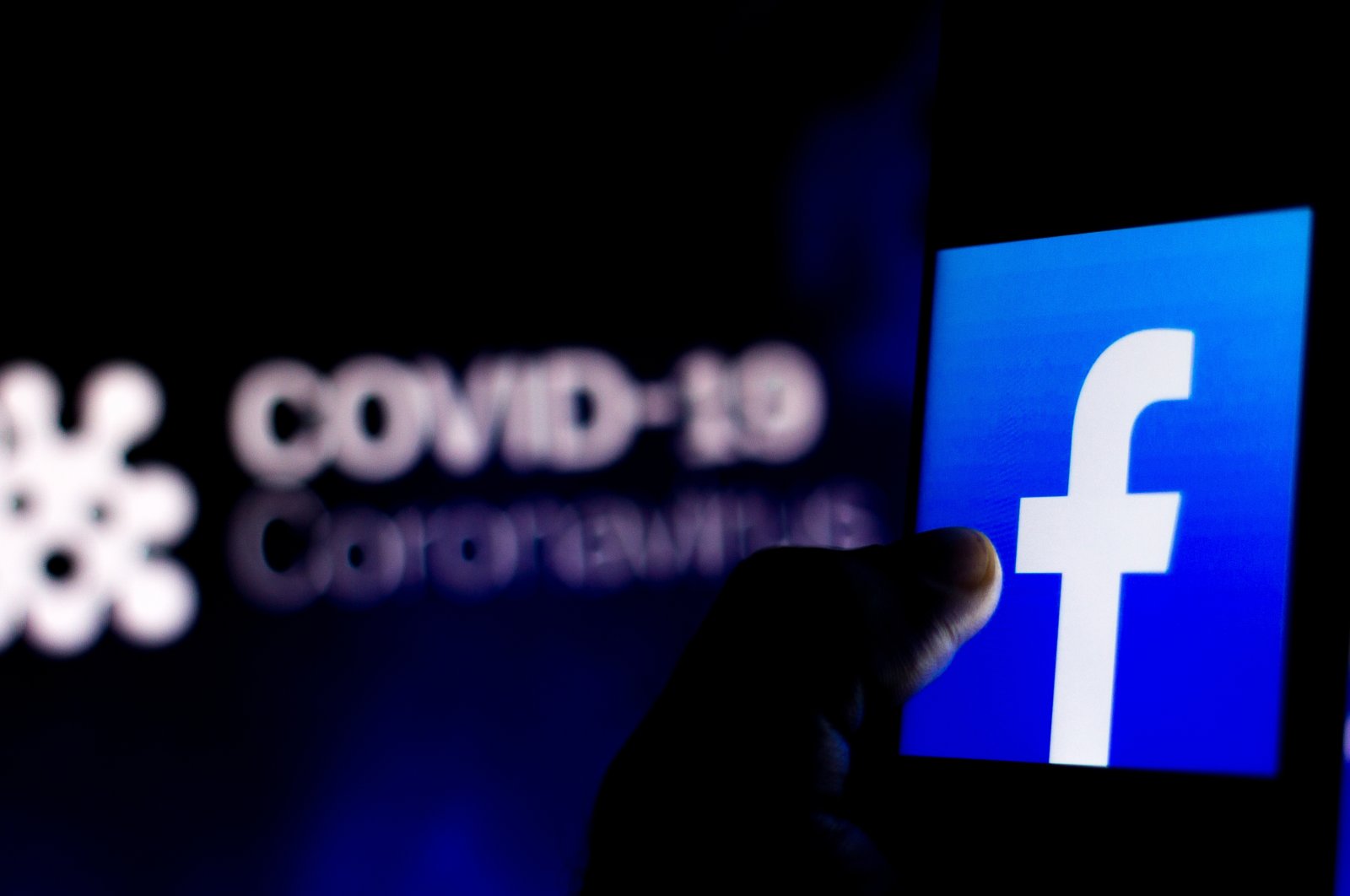 The Facebook logo is seen displayed on a smartphone with a computer model of the COVID-19 coronavirus in the background, April 5, 2020. (Photo by Shutterstock)
by Melih Altınok Jun 10, 2021 12:05 am

Facebook's changing policies on pandemic censorship and leaked emails make people think about scenarios. It seems like the pandemic theater will continue in the post-Trump America

During the pandemic, there has been intense censorship applied to the scientific theses that the World Health Organization (WHO) did not "recognize." Various scientific arguments about the function of isolation measurements or the safety of treatment methods were restricted on the internet.

Social media platforms, which supposedly broke the property relations of conventional media and opened space for freedom of expression, became the implementers of this shameful global censorship.

However, Facebook, one of the members of the modern inquisition we are talking about, recently made a surprising decision and announced that it will no longer censor posts that contain claims that the virus may be lab-made.

While it has become apparent who pulls the strings of it during the pandemic, we do not know why Facebook made this statement, which is in a sense a confession.

Predictions imply that Facebook is preparing for a new global scenario, just like in the coronavirus process.

I don't know if you are one of those who still say "these are conspiracy theories" after what we have witnessed for a year. However, the possibility of starting a propaganda process in which the entire bill will be charged to China does not seem utopian to me.

Or, to put it simply, we can count this move as an indicator of Facebook's effort to adapt to the burning facts that will emerge about the pandemic process.

The revelations have already begun. An extremely important example is about Dr. Anthony Fauci. The emails of the doctor, who is one of the most staunch advocates of the isolation process in the U.S. and the world, were leaked to the press.

As we learned from the news, Fauci, whom was referred to by the former U.S. President Donald Trump as "the U.S. nation is lucky that I did not listen to him," was the person who advised Facebook to censor anti-isolation theses.

In his emails, Fauci wrote that isolation measures such as masks did not work, even though he did not appear in front of the cameras without a double mask.

It is clearly quackery that Fauci, as a physician and scientist, hides from the public what he knows, lies and proposes measures that he knows will not work.

However, this emerging hypocrisy of Fauci, which incumbent U.S. Vice President Kamala Harris marketed to her voters by stating, "I will get vaccinated if Fauici suggests it, and I will not if Trump says it" is not a personal matter.

Fauci's relationship and responsibility with decision-making mechanisms in the U.S. and around the world increase the importance of the scandal that has emerged. The cost of the harsh isolation measures symbolized by Fauci to the world and humanity is incalculable.

So, what would be the possible effects of this development, which clearly show that the pandemic is being used as a political tool?

Would Fauci and his email friends who are covering the facts, such as Bill Gates or Mark Zuckerberg, provide self-criticism for the burdens we have been shouldering as the human family for a year?

You are right. Nothing will change if they come up with self-criticism or not.

However, the goal was partially achieved. Under the pretext of the pandemic, they succeeded in adding the electronic ballots, which it is unclear where they came from, to the closed ballot boxes and eliminating Trump.

It was this strategic goal that mattered. Everything after that is just tactics that can be revised.