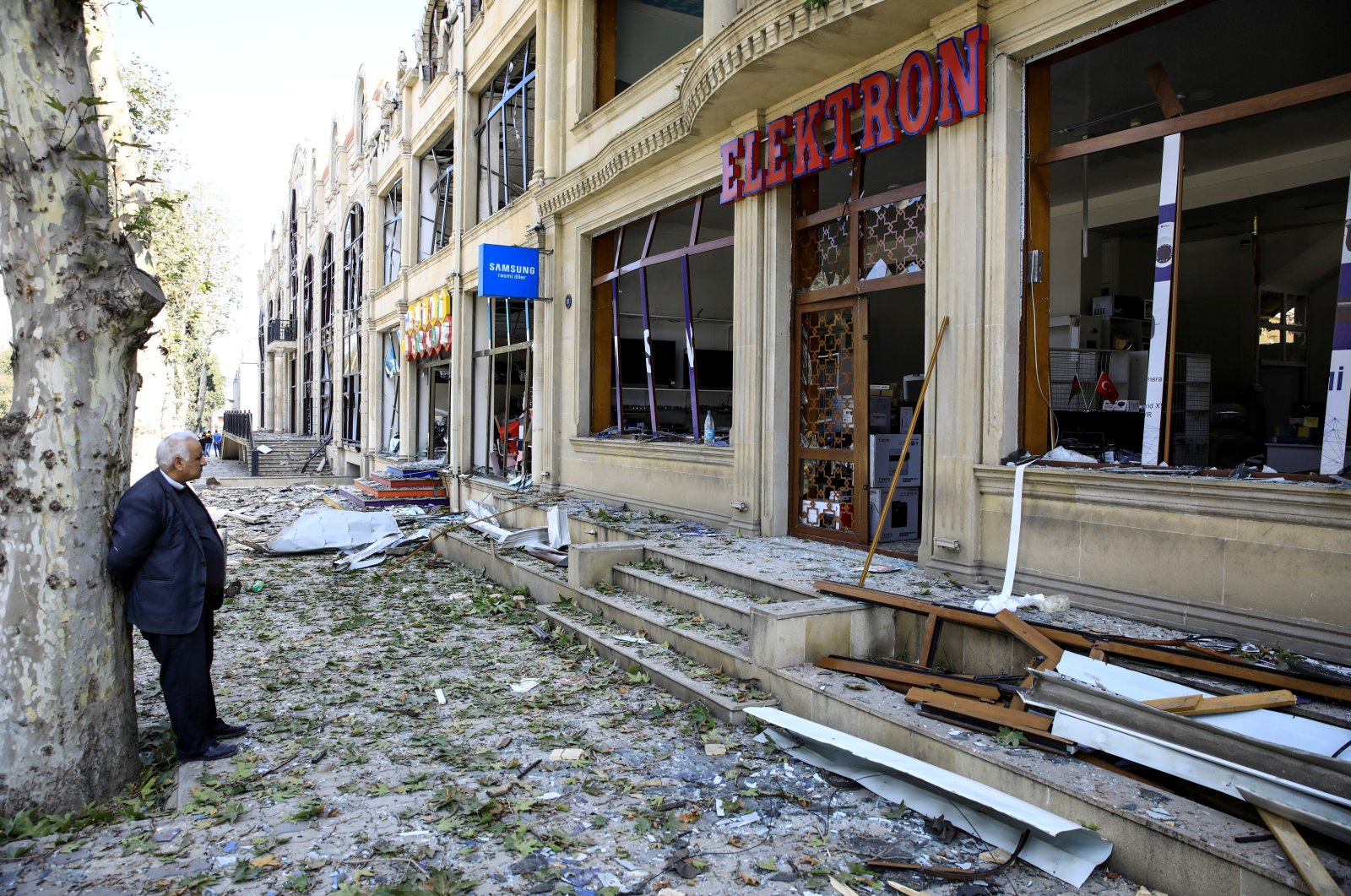 The ongoing military confrontation between Armenia and Azerbaijan continues to escalate despite the recent calls for a cease-fire.

From the first day of a recently declared truce, the Armenian side violated the uneasy peace by shelling civilian areas in Azerbaijan's cities.

Even Russian mediation was insufficient to deter the Yerevan side from attacking civilian areas. Moscow does not have a well-planned policy to reach a permanent cease-fire among the fighting parties.

The Russian authorities are less than sympathetic to Armenian Prime Minister Nikol Pashinian, but they do not want the Armenian military to be depleted quickly. Russian efforts serve the purpose of freezing the conflict for another couple of decades, rather than finding a permanent solution.

Pashinian's call for international support for his country's aggression did not find a significant response from Moscow. Meanwhile, Brussels and other European capitals were reluctant to back Armenian violations – with the exception of France.

Across the U.S. and Europe, the Armenian diaspora tried to mobilize their politicians, but Yerevan's inhumane war crimes could not find strong backing.

Pashinian's plans to mobilize the international community have backfired for the moment, as he tries to harness the region with "Christian solidarity," but this narrative has attracted very few.

One of the key reasons behind the current escalation in Nagorno-Karabakh is the aggressive motives and incompetent efforts of the prime minister, given the balance of power has changed in favor of Azerbaijan over the last two decades.

Azerbaijan was preparing to liberate her territories from Armenian occupation via a military buildup, diplomatic efforts and economic development, with Azerbaijani leadership making remarkable progress in developing the country.

Strengthening ties with Turkey and Israel and improving Azerbaijan-European Union ties in the realm of energy have been cornerstones of Azerbaijan's recent diplomatic achievements. Baku, in the meantime, took care not to antagonize Moscow. Despite Moscow's bias in favor of Yerevan, Azerbaijan has tried to improve its relations with Russia.

Pashinian came to power after street protests in 2018, when the Armenian people grew fed up with the former corrupt regime and the rule of oligarchs. Armenians sought to get rid of a rotten political system that was led by Mafiosi networks.

Despite the Armenian diaspora's support, the country's economic system has been in decline for an extended period. Young Armenians have sought opportunities outside of their country, while those who have relatives outside of the country struggled to emigrate.

The Armenian diaspora in the U.S. and Europe did not wish to invest further in a system where the corrupt oligarchs controlled the entire economy. It was almost impossible to criticize the security establishment, which legitimized itself within the illegal occupation of Nagorno-Karabakh and the surrounding regions. Russian security support was crucial for the Armenian security apparatus against Azerbaijan's rising military power.

Pashinian, a former journalist, mobilized the Armenian people and led street protests to topple the government, to Moscow's displeasure as Russia considers such moves contagious. This is why Moscow wants to keep Belarusian President Alexander Lukashenko in power despite the widespread popular protests all over Belarus.

Pashinian formed a government of anti-establishment figures with no experience in politics. This was promising in the early periods as an opportunity for a constructive change. However, when the country started to face harsh realities, Pashinian abandoned progressive aims and switched to dangerous populist discourses.

Even Pashinian's wife, Anna Hakobyan, tried to stimulate Armenian militarization by wearing military uniforms and encouraging the forming of militias. Pashinian's increasingly ultranationalist discourse and aggressive military moves targeting Azerbaijani territories – first at Tovuz and around the line of contact – was a sign of desperation rather than part of a broader plan.

Pashinian bet on Moscow and other international actors saving Armenia in the most recent escalation, by which he planned to generate solidarity among the Armenian people against Azerbaijan. However, he has lost credibility as a result, needing to declare a state of emergency and restrict media coverage of the ongoing war.

After such aggressive moves and incompetent foreign policy, Pashinian has made himself an obstacle to a peaceful resolution of the Nagorno-Karabakh conflict. His attacks against Azerbaijan have shaken up the status quo in the long-frozen conflict, but not in favor of Armenia.

Moscow and other international actors also do not trust Pashinian because of his war crimes targeting Azerbaijani civilians.

With the harsh realities of military defeat, he will eventually lose popular support among the Armenian population. He is now a significant obstacle to diplomatic efforts to reach peace. Sooner or later, the Armenian people will punish him, if not the international courts.

Making a diplomatic deal with Pashinian and his representatives will not help Baku. It will only legitimize Armenian aggression. While there is an urgent need for the current conflict's diplomatic solution, unfortunately, the conditions are not ripe for reaching a permanent solution.