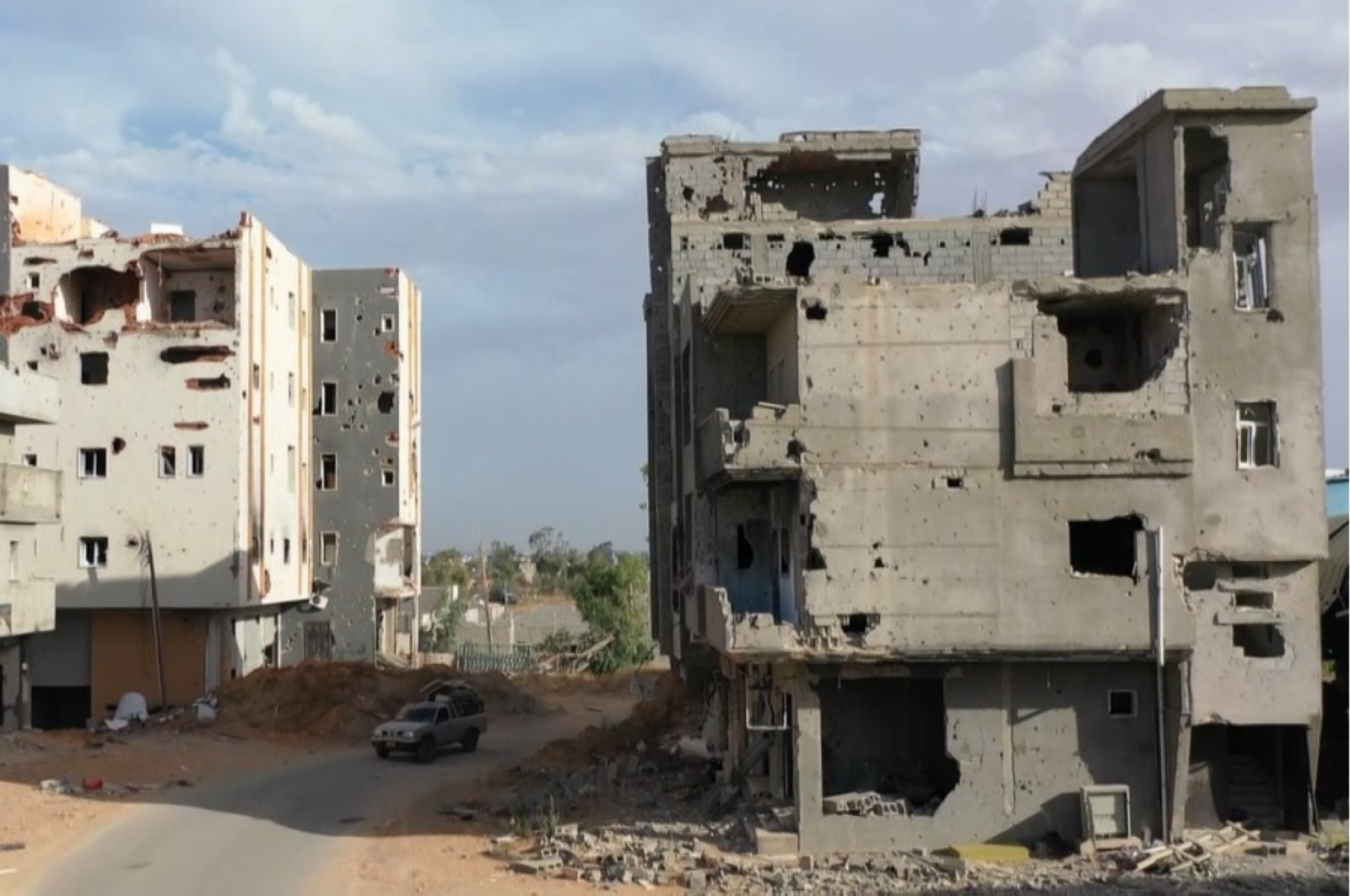 Libya has become a major focal point of the power struggle in the Eastern Mediterranean. That country’s future is directly related to energy politics, European security and North Africa’s stability. The United States Africa Command’s (AFRICOM) most recent announcement about Russian aircraft bombing Libyan government forces in Sirte demonstrated how closely Washington is watching the Russian presence in Libya – despite major distractions like the upcoming presidential election.

A high-level Turkish delegation visited the Libyan capital Tripoli earlier this week, as Turkey rejected the Cairo Declaration and a visit by the Russian defense and foreign ministers was postponed. The Turkish delegation, including Treasury and Finance Minister Berat Albayrak, Foreign Minister Mevlüt Çavuşoğlu, intelligence chief Hakan Fidan and Presidential Spokesperson Ibrahim Kalın, paid a surprise visit to the Libyan government to reiterate Ankara’s commitment to the country's stability. The Libya file is now within the purview of Turkey’s most important ministries and agencies. It has gained so much importance that President Recep Tayyip Erdoğan personally coordinates his country’s actions on Libya.

To build a united and stable Libya, much needs to be done, including reaching a lasting cease-fire and a political settlement, but work also needs to be done in the areas of energy, civilian infrastructure, maritime jurisdiction and security sector reform. The Turkish delegation is believed to have discussed with their hosts the status of military bases, the payment of outstanding Libyan debt, oil exploration and fresh investments into infrastructure. That high-level visit embodied Libya’s emergence as the top item on Turkey’s foreign policy agenda.

A sign of Moscow’s unhappiness over Turkey’s relations with Fayez Sarraj’s government came earlier this week, as Russian Foreign Minister Sergey Lavrov urged the United States to use its influence on Ankara to facilitate a cease-fire. The Russians probably intend to create a diplomatic excuse before escalating violence in Sirte and Jufra.

But France and Greece have been complaining more vocally than any other party. They have a bigger problem than Libyan putschist Gen. Khalifa Haftar, who has suffered several defeats. Turkey’s emergence as the dominant player in Libya’s political transition and reconstruction process is a total nightmare for Paris and Athens. Seeing that the European Union’s Operation Irini, launched to halt the flow of arms into Libya, fell short of stopping Turkey’s military buildup in the country, the French government seeks to mobilize NATO instead. Yet it is unacceptable that Operation Irini exclusively targets Libya’s legitimate government, ignoring arms deliveries to Haftar’s forces.

It is evident that the Turkish-French rivalry in Africa just reached a new level and NATO cannot possibly be used to contain Turkey. French President Emmanuel Macron wants to score a victory in the international arena to relieve the pain of his government’s failed reform plan at home. Yet he faces criticism for having bet on the wrong horse. To be clear, Macron cannot get results or conceal his strategic miscalculation by treating Turkey’s NATO membership as a problem. If anything, some NATO countries, including France, engage in acts of aggression against Turkey by supporting the terrorist organization PKK and its Syrian component, the YPG. Those acts are incomparable to Turkey’s actions in the Eastern Mediterranean and incompatible with the spirit of partnership.

German and Italian media outlets, too, question Europe’s ineffectiveness in the face of Turkey’s Libyan initiative. It would appear that Berlin’s refusal to identify Turkey – which successfully contained the coronavirus pandemic – as a tourist destination is part of an attempt to regain some influence.

Obviously, Greece suffered more than any other country from Turkey’s most recent moves in the Eastern Mediterranean. Having rejected the Greek government’s aggressive demands regarding the Aegean Sea and Cyprus, Ankara has imposed a full-court press in the Eastern Mediterranean. The Greeks know all too well that neither the U.S. nor the EU will have their backs in a potential military confrontation with Turkey. At the same time, Athens is concerned that the Eastern Mediterranean alliance could collapse due to Turkey’s efforts. France and the United Arab Emirates, which actively support Greece, proved to be less effective than originally imagined. The Greeks also fear that Egypt, which is part of the alliance, and Israel, which is not, could reengage Turkey. Greek Prime Minister Kyriakos Mitsotakis visited Israel and Greek Foreign Minister Nikos Dendias traveled to Egypt in an attempt to keep rank.

This is just the beginning of the fight and competition over the Eastern Mediterranean and Libya. Notwithstanding Macron and Mitsotakis’ complaints, the U.S., Germany, Italy and even Egypt and Israel could possibly revisit their positions.