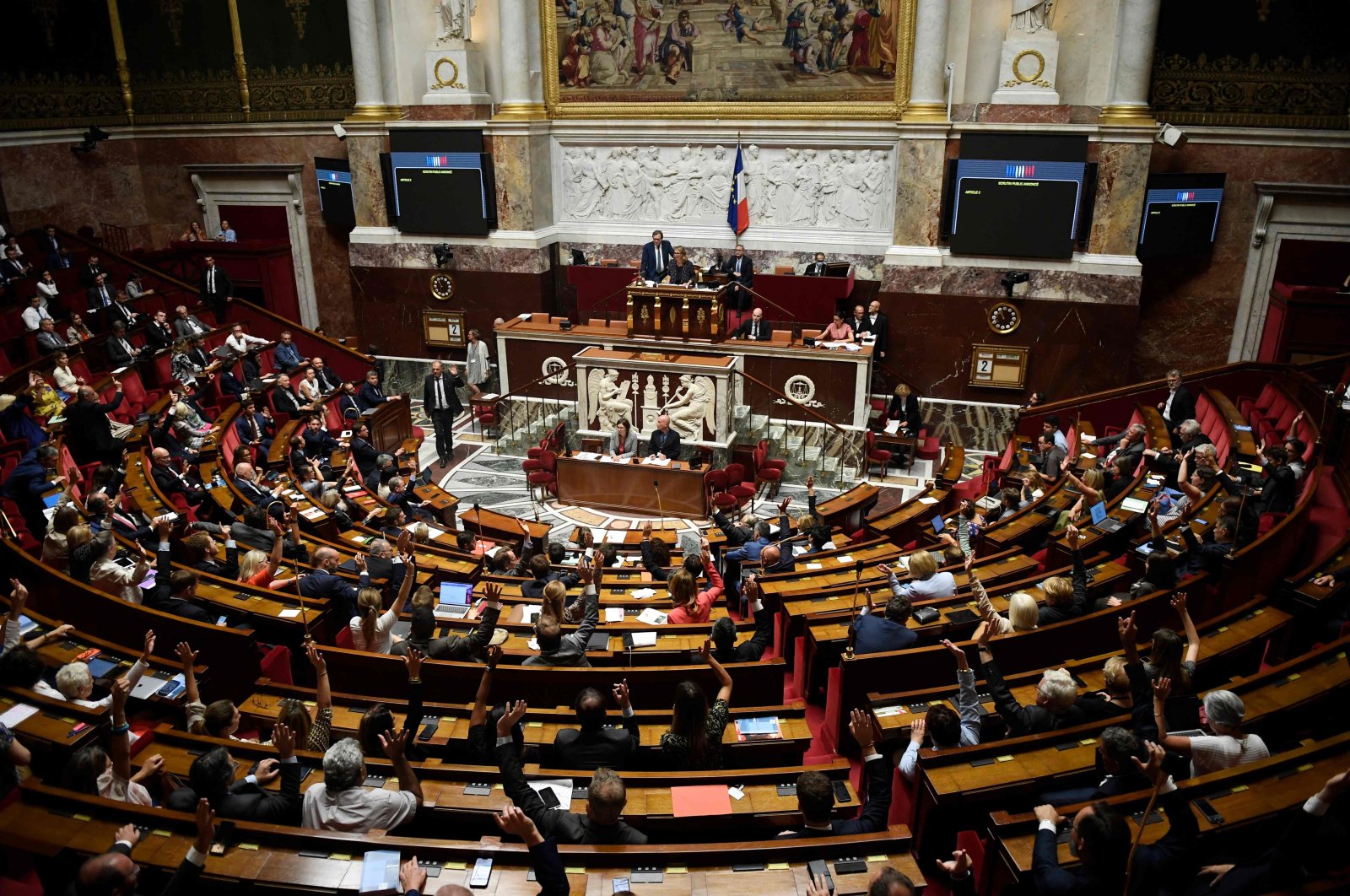 A total of 102 lawmakers in France issued a joint statement the other day opposing Turkey's potential operation in northeastern Syria.

Alleging that the Turkish government is trying to gain the approval of NATO to intensify attacks in northern Syria by taking advantage of its central role in the alliance amid the Ukraine war, the parliamentarians said: “The determination of the Kurdish fighters in the fight against Daesh has been welcomed by the entire international community. But today they seem to be forgotten. We cannot and must not allow our Kurdish allies to be attacked once again.”

The aforementioned so-called "Kurdish fighters" are a coalition called the SDF, an umbrella group dominated by the PKK's Syrian offshoot, the YPG.

The SDF became a lifeline to the organization when it was revealed that the PYD, the so-called political party and PKK branch that was included on the European Union's list of terrorist organizations in 2001, committed serious crimes including using child fighters, drug trafficking, money laundering, extortion and killing civilians.

The terrorist organization continues its "activities against humanity," which have been documented in the reports of many respected global organizations such as Amnesty International, through the SDF, which it controls.

The Turkish government compiled a file filled with legal evidence showing that PKK/PYD terrorists are controlling the SDF and that the YPG is the SDF's military wing and presented it to the European Union, France and finally NATO member states at the Madrid summit.

There have been no serious objections to Turkey's arguments regarding the terrorist organization, which has a presence in European capitals and regional countries where it commits similar crimes.

As for countries like France and the United States, they have released statements justifying their military and political support to the PKK and its affiliates under the pretext that "they are fighting Daesh."

Continuing its activities under different names, the PKK has not accomplished any significant results in the name of fighting Daesh. Although it engages in small-scale conflicts with Daesh from time to time, which have lost impact, they usually collaborate in terms of military power and the economy.

Turkey, the country where Daesh carried out its first terrorist act, was also the first state to strike the organization. Turkey lost hundreds of its soldiers and civilians in the attacks of this terrorist organization.

Turkey is still the only country that is engaged in a military struggle against Daesh terrorism in addition to PKK extensions and has also created humanitarian shelters and settlements for Syrian civilians in the region.

These autonomous regions where daily life can return to normal, education and health services are provided, and the economy, albeit on a small scale, is in place, helped ensure that the number of refugees heading to Europe via Turkey dropped significantly. They prevent new migration waves.

However, civilian settlements are frequently subjected to terrorist attacks by PKK-affiliated structures and Daesh, which French parliamentarians describe as "secular freedom fighters." Meanwhile, civilians are slaughtered.

The aim of Turkey's military operations, which the French parliamentarians call an "attack" and want to be stopped, is to neutralize these terrorist organizations.

France, Turkey’s ally in NATO and partner in the EU, has made it almost official state policy to act as the patron of this hitman gang since former French President Francois Mitterrand's tenure. French President Emmanuel Macron recently hosted these terrorist leaders at the Elysee Palace.

When will the French politicians realize that this terror policy harms the Turkish people, the people of the region and the French people?

Can't they see that the terrorist attacks in France in recent years are due to their involvement in the struggle for dominance between Daesh and the PKK?

Let’s say they are not aware.

What about Turkey’s French allies who suffer from terrorism as much as Turkey does and share the same pain?

When will they say stop to the politicians who find it "rational" to cooperate at times with mullahs in Iran, Russia and terrorists who serve the Bashar Assad regime in Syria while its ally, the Republic of Turkey, gives all terrorist elements a hard time without distinguishing between the PKK, YPG, SDF and Daesh?

It is fair to say that they do not think about us or the civilians in northern Syria. But do they not care about their own lives, peace and security either?