How to break the deadlock in Turkey-EU relations 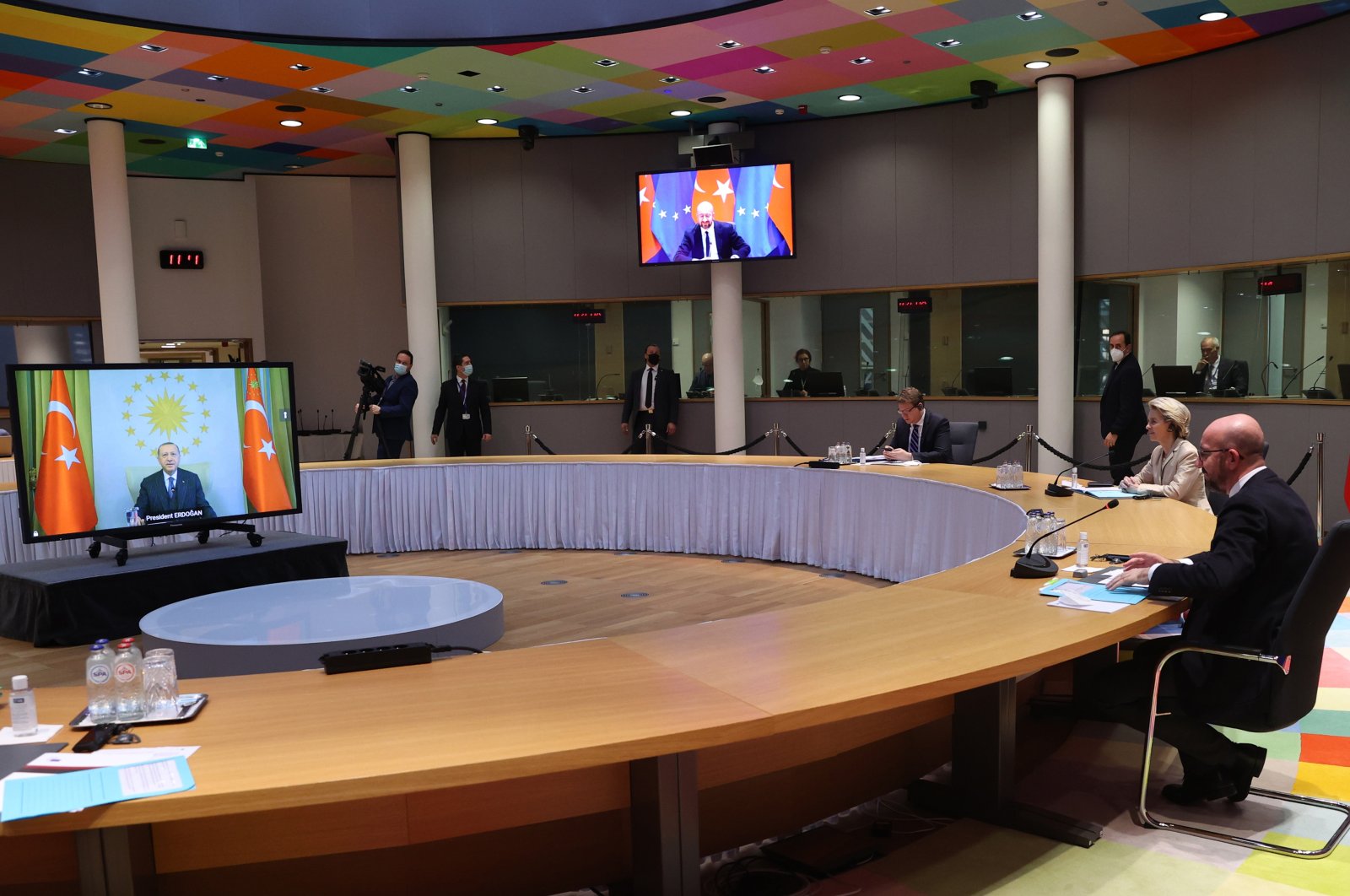 In the early 2000s, Turkey made remarkable progress in terms of legal and political reform. At the time, there was a belief in total membership as well momentum for political change and adaptation. The EU side slowed down the process and obstructed Turkey's accession progress.

The Cyprus issue was the pretext for the suspension of Turkey's membership process. Still, the leaders could have prevented the Greek and Greek Cypriot veto if they were sincere about accepting Turkey as a full member. Turkey-EU relations are stuck in a narrow corridor due to the stakeholders' confusion.

In the latest leaders' summit, EU leaders will likely appreciate the progress Turkey has made in reducing tensions in the Eastern Mediterranean crisis since the last summit.

There will be some criticism of Turkey's human rights record, and Turkey's decision to withdraw from the Istanbul Convention will be denounced. They will advise stronger cooperation between Turkey and the EU on migration, economic problems, defense and political issues.

Some unanswered questions and issues will be postponed until the next leaders' summit. This cycle of diplomatic and political steps will benefit both Turkish and European decision-makers. Still, a sincere leap forward can only be made if there is a change in the nature of relationships.

Over the last several years, each European Parliament report on Turkey has become increasingly irrelevant, hostile and more out of touch than the previous ones. Nowadays there is hope in Ankara that at the very least the language employed in these reports will be more sensitive to the average Turkish citizen.

Some European leaders are whispering to their counterparts, "let's wait until Erdoğan is gone."

It would be a mistake to squander the opportunity to work with such a strong leader if the European decision-makers have long-term plans to improve ties with Ankara. If they're going to sideline Turkey, keeping it out of the EU matters, this may be a useful pretext.

These efforts come across as superficial and do not convince Ankara or the Turkish people, who have lost interest in the EU integration process.

The EU is essential for the business community and nongovernmental organizations (NGOs), yet for ordinary Turkish people, the EU's debates are nothing but nostalgic.

Proponents of the EU integration process in Turkey are considered idealistic. However, most people consider their idealism to be naive. In a period of rapid transformation in the global order, there is no strong momentum in improving Turkey-EU relations.

Most Europeans may assume that Turkey has no alternative but the EU given the economic and solid political ties. This is not realistic as dealing with hostile attitudes cannot be an option.

Instead, the alternative is cooperating less in matters of strategic interest in a time of global transformation and readjustment.

The main problem in Turkish-EU relations is the lack of membership perspective. Turkey's accession process has been suspended due to the internal politics of the European politicians. Some actors continue to blame the ups and downs in Turkish politics, its economy as well as Turkey's foreign policy steps.

Turkey has certain conflicting foreign policy interests with a few EU member countries such as France, Greece and Austria.

EU member countries have diverging foreign policy interests among themselves on many issues as well. Their priorities and policy choices are fundamentally different.

There have been some fluctuations in Turkey's domestic policies since the failed coup attempt of July 15, 2016, and rising terrorist attacks from the PKK, Daesh and the Gülenist Terror Group (FETÖ) highlighted Turkey's increased vulnerability in terms of security.

The net effect of those developments led to the curbing of certain liberties in Turkey, but this fluctuation is a temporary one. There are no changes in Turkey's democratic orientations and priorities.

The EU can assume a more constructive role in dealing with those challenges rather than criticizing Ankara's decision-makers with hostile language.

The EU lacks leverage on Turkey due to the stalled accession process, and EU officials try to use other means to pressure Turkey in a bid to force it to compromise on sensitive issues.

Slowing down financial support allocated for refugees, postponing updating the customs union, the threat of economic sanctions, slowing the visa liberalization process and dealing with sensitive issues in an untimely manner while using hostile language in EU reports irks Turkey.

These erratic moves have disappointed the Erdoğan government, the constituents of the People's Alliance and the Turkish people who identify themselves with the opposition parties.

The same applies to the Turkish side as well. The moment an agreement is signed, the process of generating obstacles and impediments begins.

Like the European officials, Turkish officials in Ankara have found that their European counterparts are unreliable. You always hear the whispers like, "we want to move forward on this issue, but this member country is generating problems. Turkey should reconsider its policies."

The Turkey-EU relationship in whatever form is destined to be transactional if there is no credible prospect of accession and membership. No politician in Turkey will risk his domestic clout and influence to venture an uncertain path with thousands of potential hurdles.

On the other hand, Turkey now has better relations with alternative actors like Russia and China, despite some disagreements on geopolitical matters.

High-level European officials closely following Turkey think that actions will matter more than words and plans. Breaking the deadlock in Turkish-EU relations is only possible by reviving the prospect of membership and returning to the accession process.