How to discuss the Syrian, Afghan migrant issue 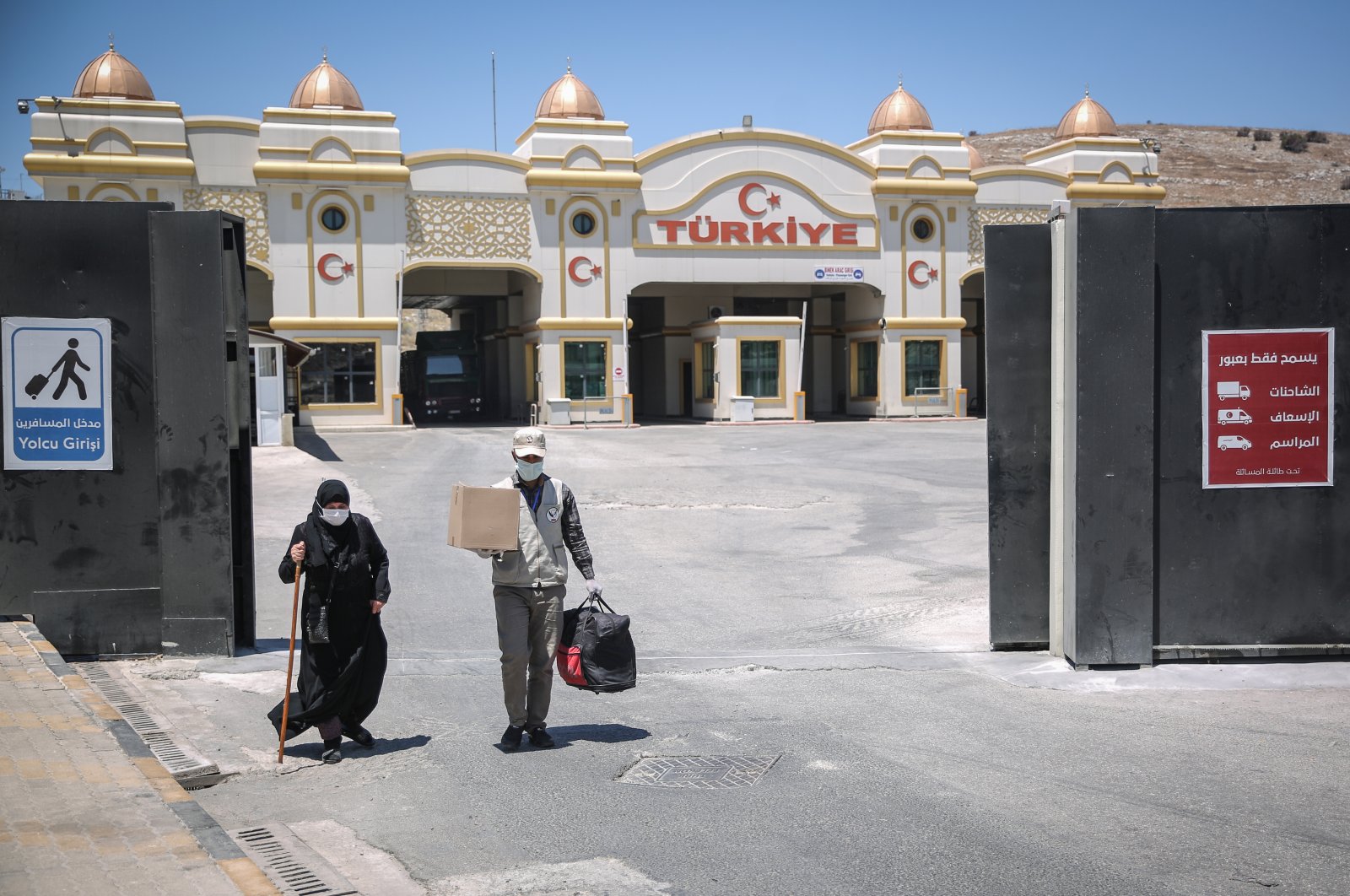 People wearing face masks walk in front of the Bab al-Hawa border crossing with Turkey, during resumption of movement to and from Turkey, after a week of suspension, in order to examine the coronavirus spread of the Coronavirus, Idlib, Syria, July 22, 2020. (Photo by Getty Images)
by Burhanettin Duran Jul 31, 2021 12:05 am
RECOMMENDED

The irregular migration debate is becoming a permanent fixture in Turkish politics. In addition to the fate of 3.7 million Syrians, the opposition now criticizes the government over the risk of an influx of Afghan refugees.

As a transit and destination country, Turkey must discuss what type of integration policy is needed to manage irregular migration.

Turkey, which assumed more responsibility than any other nation when it comes to asylum-seekers, is compelled to engage that question very actively. Indeed, stemming irregular migration, along with destroying the PKK terrorist group's "terror corridor," was a primary objective of three Turkish incursions into Syria since 2016.

This time around, it is necessary to stop a potential migration wave from Afghanistan via Iran.

Turkey has no choice but to take necessary precautions in anticipation of millions of new arrivals – whether due to the Taliban’s takeover of the Afghan government or Iran’s political and ecological problems.

Precautions like contributing to the resolution of pressing problems within the source countries, cooperating more closely with Iran and patrolling our nation’s borders more actively immediately come to mind.

Even though Turkey follows a humanitarian migration policy, it does not mean that it must welcome additional asylum-seekers. After all, the country cannot carry the weight of irregular migration, rooted in crises in its neighborhood, without assistance.

What is the EU's idea?

Europe’s offer to contribute a couple of billion euros to relief efforts is about keeping the problem away from its borders – rather than solving it. The Austrian prime minister’s argument that displaced Afghans should seek refuge in “neighboring countries” like Turkey or safe parts of Afghanistan, instead of Austria, Germany or Sweden, hints at the bankrupt “values” and “policies” of European countries.

It goes without saying that Austrian Chancellor Sebastian Kurz’s attempt to put that burden on Turkey’s shoulders was completely unacceptable.

Indeed, the Foreign Ministry spokesperson, Tanju Bilgiç, promptly stated that Turkey was not prepared to assume responsibility for another migration wave – a word of warning to European politicians, including Kurz, and a sign of Turkish commitment to actively combat irregular migration.

As such, there is no question that the allegedly imminent influx of Afghan asylum-seekers urgently requires certain precautions. Indeed, Turkey’s defense and interior ministries have already launched necessary efforts.

To ensure that Europe truly shoulders its share of the burden, Turkey’s government and opposition parties must settle on a common position.

At the end of the day, people do not take seriously the pseudo criticism of Europe by the main opposition Republican People’s Party (CHP) and the Good Party (IP), which they use to attack the government.

As for Syrian asylum-seekers, who have been in Turkey for 10 years, the question of their integration into Turkish society and facilitating their return to Syria is highly complex and challenging.

First and foremost, it is necessary to facilitate the return of those asylum-seekers in a voluntary, safe and sustainable manner. Irrespective of certain populist and racist claims, it is not possible to force anyone to go back to Syria.

Needless to say, those Syrians, who fled the Bashar Assad regime, cannot be coerced into going back – even if Turkey were to reach an agreement with the Syrian regime.

The bottom line is that combating irregular migration is a common issue for the entire political elite.

In the absence of a quick and absolute solution, Turkey needs a policy for the near, medium and long term. That the opposition engages that question from an ideologically charged and populist perspective, in turn, worsens the situation.

To be frank, that racist-fascist rhetoric, which associates economic challenges with asylum-seekers, would only serve to poison Turkish democracy and fuel xenophobia.

Those new challenges would not only render our current problems insoluble but also create new social faultlines.

To summarize, I view the opposition’s attempt to build a populist discourse around Syrians, with an eye on the 2023 elections, as extremely dangerous.

The discriminatory statement of Bolu province's mayor, who threatened to charge foreigners 10 times more than Turks for drinking water, was but an early sign.

Irregular migration may be a serious problem, but the opposition’s reckless populism amounts to a threat to Turkey’s survival.