How to stop the war 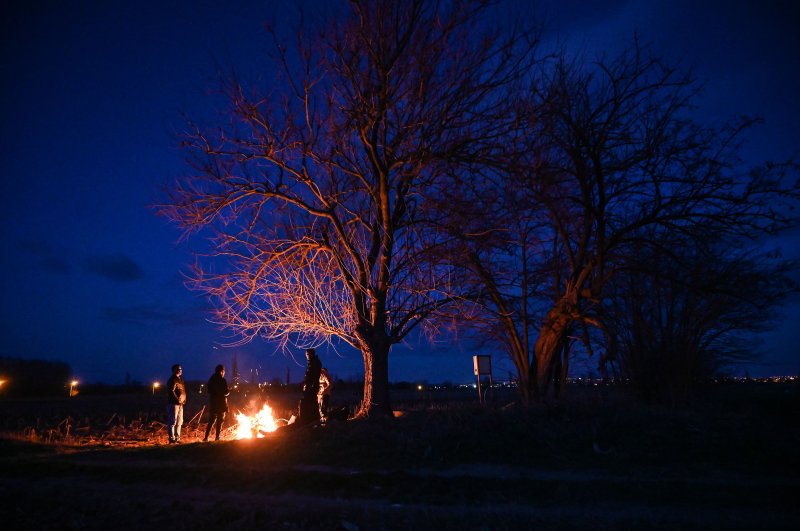 In a week, the external relations of Turkey have seen a drastic overhaul. First was the bloody attack on the Turkish military near Idlib that claimed 36 deaths and left many others injured among the Turkish troops. Such a loss has not occurred in decades, even at the height of the conflict with the PKK. The fact that the Russian Air Force was responsible for the attack has shown the terrible consequences of collaboration with a rogue state.

The Russian Federation is a rogue state, trying to recover some of its ancient “superpower” luster. The finality of the regime allowed Soviet authorities to openly disregard all international legislation and procedures when it suited them to do so. This method attained its climax mainly under Joseph Stalin’s rule. Extremely violent and terrible events would happen, even by World War II standards, like the Katyn forest assassinations of 4,000 imprisoned Polish officers, or the refusal to stop the Nazi destruction of Warsaw while Red Army troops were stationed on the banks of the Vistula River for two months, allowing two Waffen-SS regiments to come back to totally annihilate Warsaw. A long litany of terrible mistakes and rogue actions can be told about the Soviet external policy, both at war and during the Cold War. However, the "end justifying the means," this socialist dream has been used as a justification for all the errors, for all the crimes. Together with the demise of the Soviet structure, the biggest hope of humanity for a better future also evaporated, creating an immense disappointment and void.

The ideology has gone but the method remained. It is the same method used by Nikita Khrushchev, Leonid Brezhnev, Boris Yeltsin, Dmitry Medvedev and Vladimir Putin. The only time when the Soviets played the game of international relations by the rules was when they opened a new chapter in their external relations under Mikhail Gorbatschov; they were heavily cheated by the neo-con policies of the U.S. administration afterward. This has taken the Russian external policy back to its original settings. They do not wish to perhaps attain a superpower status again but their objective to remain the dominant power in their backyard remains intact. They will carry out this aim against all odds, as can be seen in Georgia, Azerbaijani Karabakh, Chechenia, Crimea and Ukraine. Syria, an old ally of the USSR, is also seen by Russia as its political hinterland. The naval base in Tartous and two other military bases have become the main reason why Russia directly intervened in Syria to revive a moribund and abandoned Baath regime.

And the essential question is why Turkey entered into such deep-running political and economic relations with Russia knowing all the limitations of the rogue state. The answer to the question is that Russia is not the only ostracized state Turkey has tried to help normalize. The two other notable examples are Iran and Syria before the war. Iran, when under the extreme duress of an international blockade, had to turn to Turkey, very much like Bashar Assad’s Syria after Rafic Hariri’s assassination in Lebanon and subsequent withdrawal of the Syrian forces. Each time, Turkey tried to help these countries by using soft power, meaning strong commercial exchanges and freedom to travel.

It could have worked in the case of Syria, but the regime was definitely too corrupt to be reformed, and a civil war ensued. Iran is in a similar situation – there is no democratic opening whatsoever. Russia’s situation is slightly different, but the cooperation between Turkey and Russia concerning a nuclear power plant was a first and very important step for the Russians. Once completed, the project will be a first step in the post-Soviet era for the Russians to export any sophisticated civilian technology.

None of these steps have been successful, on the contrary, Turkey is in open warfare against the Assad regime, and the military conflict with Iran and Russia is barely disguised. We have to review all our political openings toward these three countries, understand our errors and part ways with them.

On the other hand, we are in a very sad situation pertaining to our relations with the EU. The latter has been in a constant political crisis since the 2005 enlargement. The Euro crisis in 2009, political crises with Hungary and Poland, Brexit, and the deep divides between EU leaders and U.S. President Donald Trump have gradually pushed the EU to a very introspective position. Relations with Turkey can hardly become worse (although there is always room for that) and the recent “open doors” policy of Turkey vis-à-vis migrant populations will only exacerbate the enmity.

Russia thought Turkey had been bluffing about Syria. After the Idlib tragedy and the loss of 36 troops, Turkey retaliated by destroying a whole regiment of Assad’s forces, together with two planes and numerous armored vehicles and rocket launchers. This move came as a surprise for the Russians. As a reaction, Russia immediately accepted a bilateral summit among presidents, which they had been avoiding. Will this be enough to stop the war and keep the Idlib region safe for the opposition? This would be the best-case scenario for the time being.

We cannot continue to escalate our problematic issues with the EU, and we have to come to some understanding. The union disregarded the refugee issue, thinking that Turkey was bluffing. If the EU continues to begrudge Turkey, hiding behind the legislative procedures of the union, there will be no solution and both parties will suffer in the long run.

Turkey, on the other hand, cannot continue its “open door" policy, because already human trafficking has reappeared in the country and is getting more organized. This will turn the country into an international hub for illegal migration toward Europe, which will obviously be detrimental for the EU but also almost deadly for Turkish domestic policy. It is high time for everyone to play with open cards, honestly, and establish a workable way out of this terrible quagmire.