How Turkey deals with the war on PKK and FETÖ 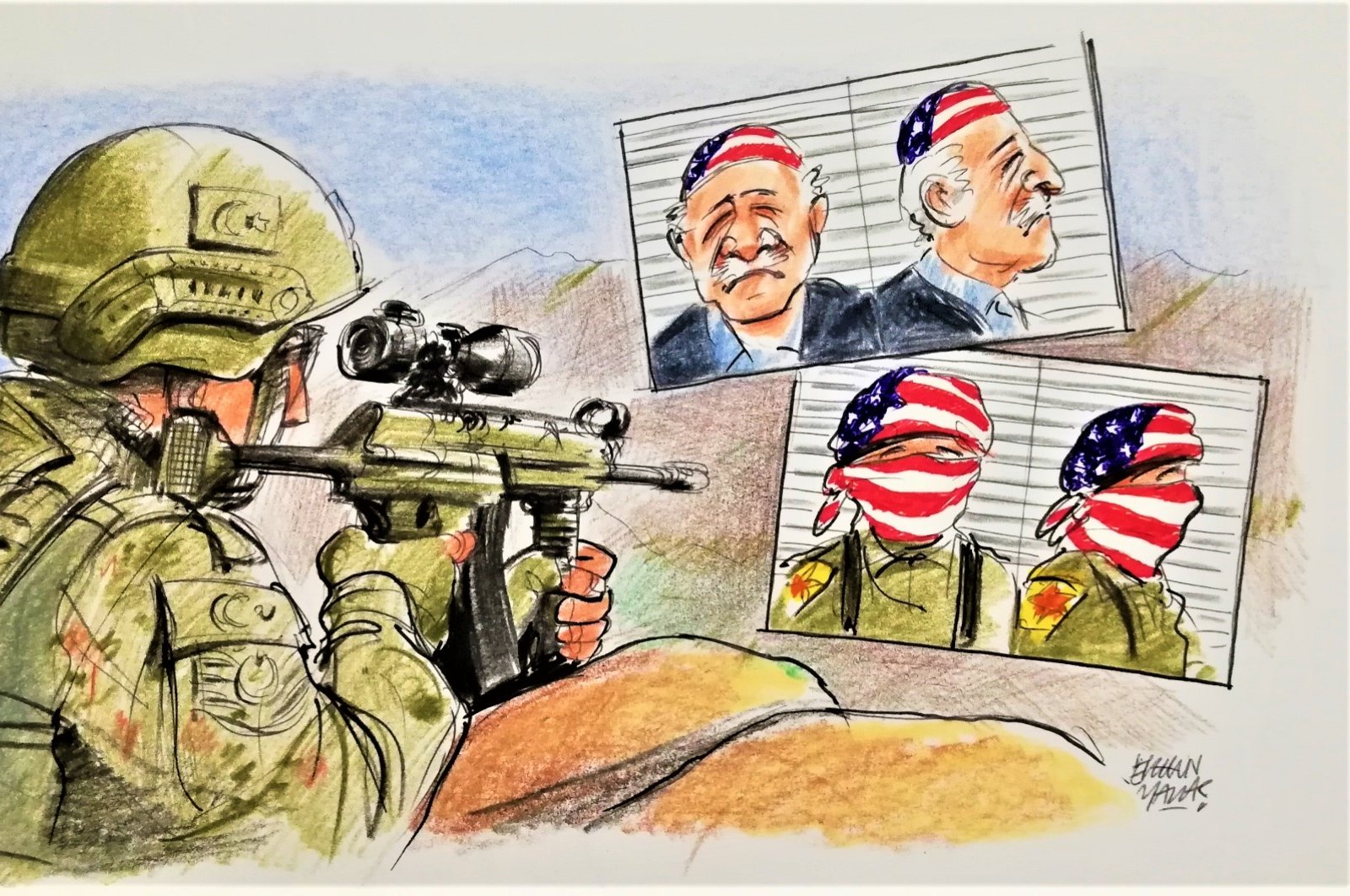 When Daesh appeared on the world stage as a global terrorist organization, the international media immediately exaggerated its image as an “invincible army.” While its strategies of organization and communication, along with its recruiting capacity, were being underlined in academic conferences on global security, its murders and slaughters were turning the international media upside down. Yet, only a couple of journalists and academicians were interested in the origin of this murderous organization, and very few posed the question of which global powers hide behind Daesh.

As soon as the attempted coup on July 15, 2016, organized by the Gülenist Terror Group (FETÖ), was defeated by the will of the state and the people, the Turkish Armed Forces (TSK) initiated Operation Euphrates Shield against Daesh, which at that time had acquired the capacity to commit murderous terrorist attacks in Turkey. During this operation, the so-called invincible Daesh was devastated in northern Syria. Despite the elimination of 3,000 Daesh militants, the international media turned a blind eye to the TSK's success.

In fact, it was the failed coup that enabled the ruling Justice and Development Party (AK Party) to revolutionize Turkey’s war on terror. The terrorist organizations organizing attacks in Turkey have been backed by international powers and veins of support for them extend into foreign countries. The outside support required Ankara to take action outside Turkish borders as well.

During this period, members of Parliament from the Peoples’ Democratic Party (HDP) dared to compare the power of the Turkish army with that of the PKK. After Turkey successfully realized massive military operations in northern Syria and Iraq, the PKK is now on the brink of extinction. Its cooperation with the U.S. concluded with an ideological crisis within the terrorist organization. Today, the PKK cannot recruit new members in Turkey. Parents continue to wait in front of the HDP’s office in Diyarbakır for their children abducted by the PKK, accusing HDP leaders of aiding and abetting the terrorist organization. The PKK cannot guarantee the continuation of U.S. support in the current international order in which even states cannot ensure their own security.

Although the means used by FETÖ and Daesh differ, their character is essentially the same. Hiding behind religious masks, both terrorist organizations have been funded and supported by international powers. In the international arena, Turkey was left alone in its struggle against these terrorist organizations despite its ceaseless calls for international solidarity. What is worse, both FETÖ and the PKK have been protected and supported by the U.S. and the European countries. Therefore, Turkey has decided to prioritize its own national interests by showing its determination to wage its war on terror by itself.

Without taking Turkey’s struggle against terrorist organizations into consideration, some oppositional groups have been accusing the government of moving away from democracy. Meanwhile, journalists who support FETÖ and those involved in the National Intelligence Organization (MİT) trucks case continue to speak out against Turkey in European media.

As these developments force Ankara to prioritize national interests, Turkey comes to the forefront in the international arena with its effective foreign policies. In Idlib, Turkey succeeded in preventing the death of thousands of civilians and accepted more than a million refugees by assuming the role of the United Nations. Thanks to its extraordinary experiences in crisis management, Turkey also emerged as one of the few countries to have successfully managed the coronavirus pandemic. During this process, the AK Party has increased its voting base.

The 14th-century Arab scholar Ibn Khaldun famously wrote "geography is destiny." In this sense, although the Turkish people live in one of the most difficult regions in the world, we have both the power and the self-confidence to wipe out all terrorist organizations in our region.