How US elections may influence Washington’s ties with Ankara 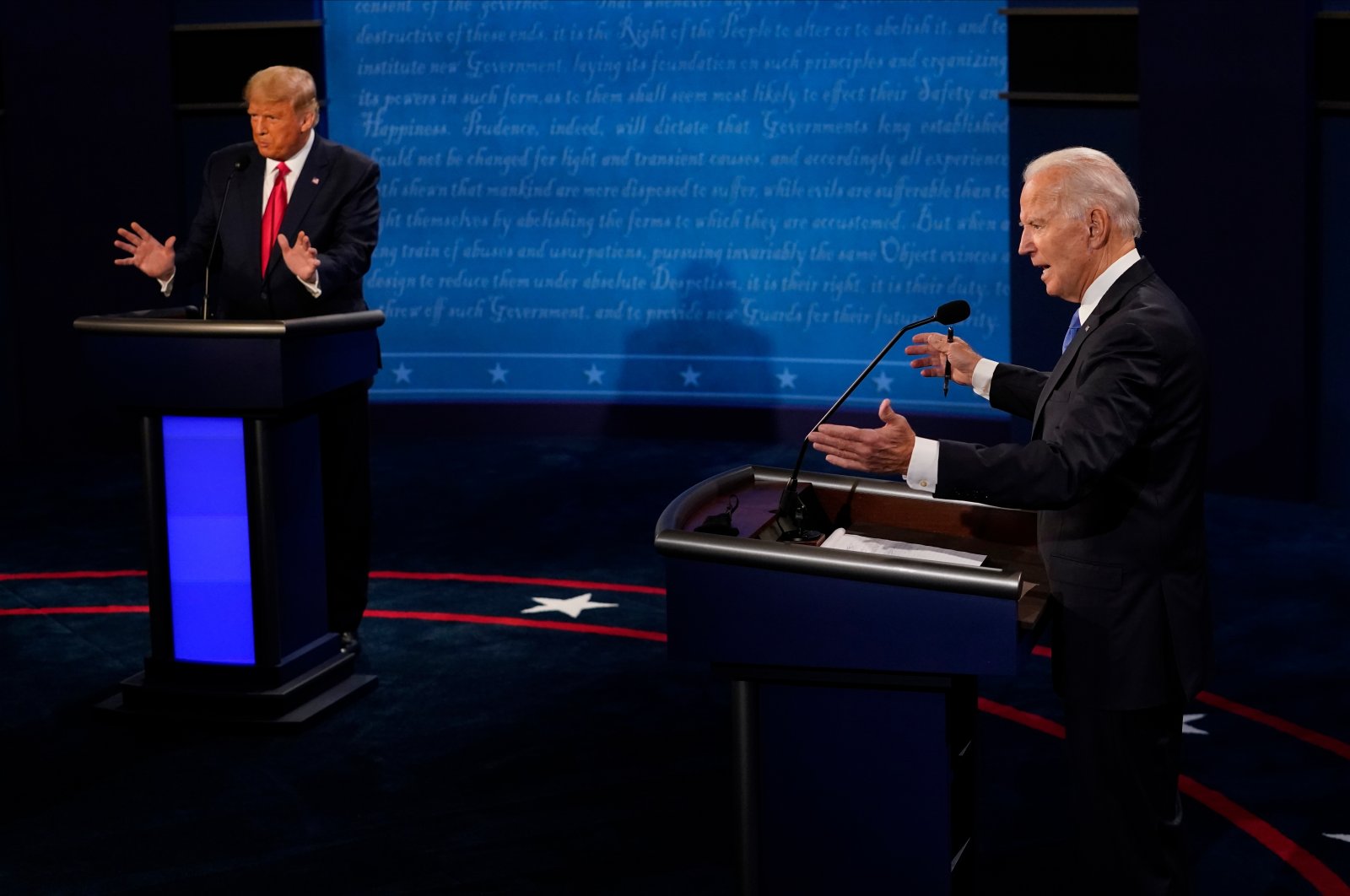 The presidential elections in the United States are a significant concern for almost all international actors, including Turkey. What is happening in the globe's superpower and biggest economy affects practically every country in the world.

In Turkey, analysts are debating the possible implications of Democratic candidate Joe Biden getting elected as the next president of the United States. There are also discussions and retrospective assessments of Donald Trump's presidency in Turkish-American relations.

To what extend the current format of the two nation's interactions can be maintained is an essential question in Ankara. Most analysts in Turkey believe that the contemporary style can hardly be maintained, no matter which one of the candidates is elected U.S. president. Ankara's worst nightmare is a return to the format of former President Barack Obama's second term, where the security establishment played key roles, alienating Turkey.

While the U.S. is nearing the elections, two key American institutions made some declarations resembling the legacy of the Obama presidency. On Friday, President Recep Tayyip Erdoğan publicly confirmed that Turkey has tested the S-400 missile, adding that Turkey is "not in a position to wait for the approval of others to test the system which we procured to ensure Turkey's national security."

The Pentagon and the State Department responded by expressing their usual bullying tactics against Turkey. The chief Pentagon spokesperson Jonathan Hoffman condemned Ankara's S-400 test. He said that Turkey's operational S-400 system does not suit the spirit of alliance with the U.S. and NATO.

On Friday, the U.S. Embassy in Ankara declared a potential terror alert for American diplomatic missions and warned its citizens to stay away from crowded places and shopping malls. This is a common intimidation technique frequently used by the State Department.

Such pressure tactics by American diplomatic and intelligence institutions were more often used during the Obama presidency when the Pentagon took the lead in defining the tone of relations between Washington and Ankara. America's efforts to influence Turkey's foreign policy choices by sticks, sanctions, threats, terror alerts and the threat of sanctions backfired in the past.

Constructive relations and pragmatic dialogue between Trump and Erdoğan have allowed cooperation between the two countries, especially in economics, despite all the barriers.

Erdoğan and Trump managed to handle some critical tensions with delicate diplomatic dialogue. The two leaders were successful in preventing the mitigation of several problems between the two countries.

Crisis management and exchange between the U.S. and Turkey did not help generate a permanent solution to some key issues, but at least those efforts extended the cooperation domain.

In the last couple of years, the Turkish president also managed to keep positive relations with Moscow, Berlin, London and other capitals with his strong diplomacy.

Erdoğan played a critical role in managing crises and initiating new cooperation and coordination efforts. The problem with leaders' diplomacy is that it is difficult to institutionalize constructive works. Productive efforts and gestures need to be transformed into concrete policy options by the relevant bureaucratic institutions but there is significant stubbornness by government personnel to those efforts.

The bureaucratic institutions' resistance is against the format and process of leadership diplomacy, which sidelines some elements of the establishment views rather than the deals' contents. Frustrated bureaucrats demonstrate their resistance in various ways by delaying orders or resisting to cooperate with other counterparts.

The Pentagon and State Department believe that Trump's constructive dialogue with Erdoğan undermines their efforts to shape Turkey's policy choices with pressure. Security institutions in Washington continue to support the PKK/YPG in Syria despite Turkey's concerns. Critical actors in Germany have also chastized Chancellor Angela Merkel's constructive approach in her diplomatic ties with Erdoğan.

The security bureaucracy in Washington still considers Ankara a semi-dependent actor in terms of its security policies. They try to undermine Turkey's efforts to develop its own arms programs in critical sectors.

At the congressional level, the U.S. practically treats Turkey like an enemy rather than an ally. The arms embargo against Ankara in the last two years is a matter of significant concern for Turkey. This is not just for the procurement of the weapons that are needed by Ankara's external military operations but also because of the symbolic and political meaning.

Regarding tensions in the Eastern Mediterranean, Washington completely turned its policy in favor of Greece. Secretary of State Mike Pompeo's recent visits and the suspension of arms sales restrictions to the Greek Cypriot administration was a significant policy change.

Leader-level diplomacy was key to constructive relations between Turkey and the U.S. over the last three years. As America heads into its presidential elections, Ankara tries to figure out the possible implications of a change of leadership in Washington.

It will be both difficult and very risky for Turkey to maintain the relationship in its current format. A critical agenda for Ankara in the coming years is to strengthen its ties with the congressional actors.

Bureaucratic actors, especially the Pentagon, may constitute some challenges for Turkey in the coming period if Trump is not reelected as president. This may be a reflection of an inter-institutional tension and may have some negative consequences for Turkey. Diversifying players and improving relations with multiple actors should be the most important cornerstone of Ankara's new game plan with Washington.