How US may act in post-virus world: Neo-isolationist option? 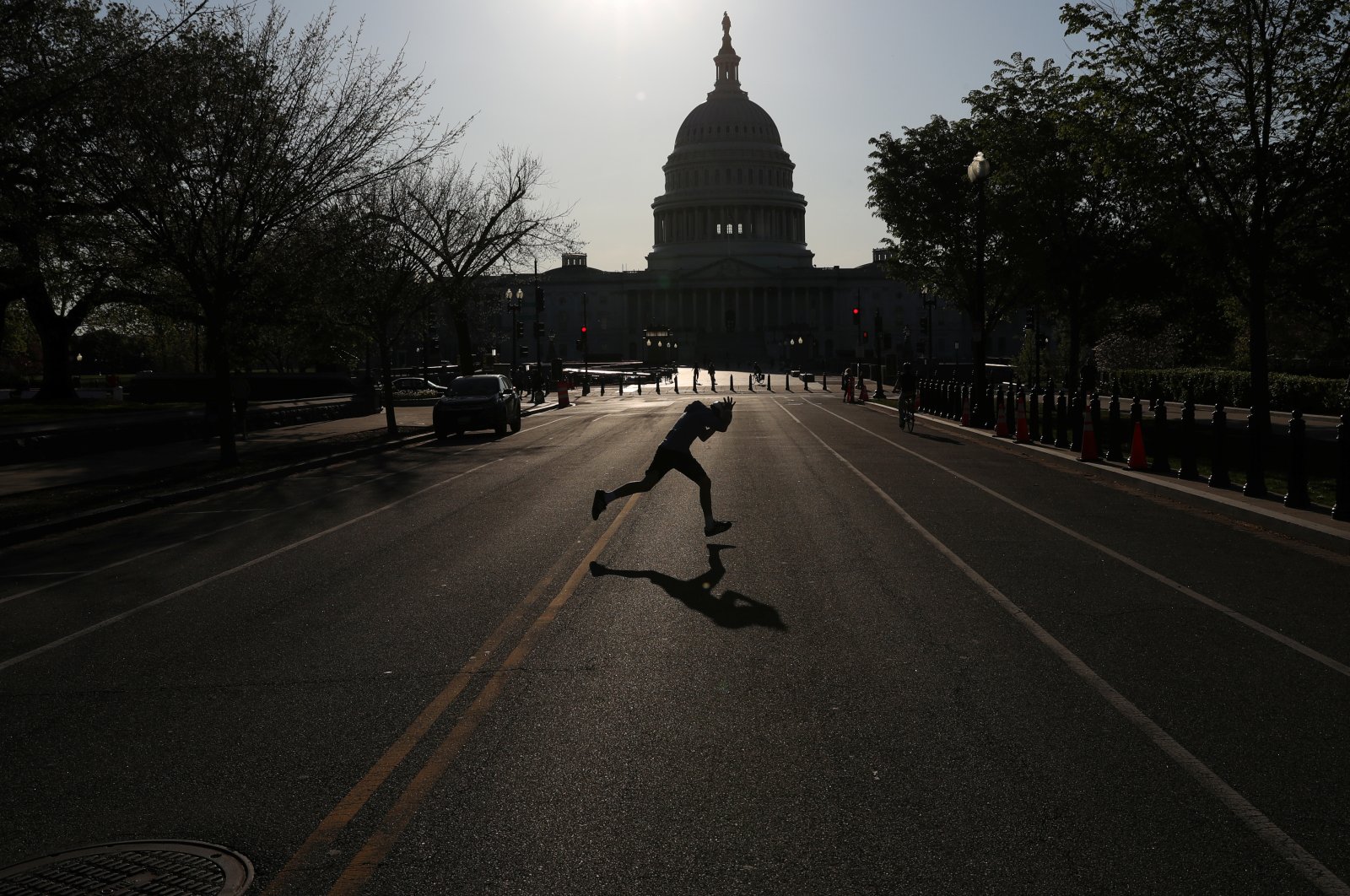 A child runs across East Capitol Street, a normally busy street outside of the U.S. Capitol building as the spread of the coronavirus continues in Washington D.C., U.S., Monday, April 6, 2020. (Reuters Photo)
by Talha Köse Apr 08, 2020 12:05 am

Neo-isolationism is among the expectations for U.S. rhetoric in the aftermath of the coronavirus pandemic and this can melt its frozen ties with Turkey

The COVID-19 pandemic will have a significant impact on the global economy and politics. Most likely, the distribution of economic and political power will be reshuffled once the dust settles. How and when the COVID-19 pandemic will be controlled, and what will be its total damage are critical parameters of the post-COVID-19 economic and political orders. In any case, the major actors in global politics will revise their strategic priorities and foreign policy approaches. How the U.S. revises its global foreign policy posture and strategy will affect the policies of other actors, including Turkey. There are three likely scenarios for Washington: Neo-isolationism, a renewed burden-sharing and coordination strategy with allies, and an aggressive internationalism. I will discuss the possible implications of the neo-isolationist option in this piece.

Isolationism and a more introvert foreign policy until the economy gets into better shape is the option that resonates with Trump's foreign policy priorities. The cost of America's international military operations becomes an increasingly unbearable burden on the American budget. Many of those interventions do not serve the U.S.' strategic priorities. They instead distract Washington from counterbalancing its global competitors like China and Russia. The cost of international military operations and military presence will become an issue for the American public after they face difficulties in various sectors, including public health, as a result of the pandemic.

Unemployment and the restructuring of the public health sector will be the priority issues for the federal government in the coming years. Whoever serves as the president for the next five years, has to make domestic problems their priority. A domestic-oriented economic growth program focusing on infrastructure investment will most likely be one of the pillars of America's post-COVID-19 economic recovery strategy. A full-scale focus on the economic recovery may lead to abandoning certain military burdens that do not have strategic priority to U.S. national security.

The post-9/11 "Global War on Terror" led to costly American interventions all over the world. Washington found limited support from its allies to maintain the expensive campaign of the "Global War on Terror." Reckless interventions in Iraq, Afghanistan and elsewhere with unclear exit strategies further reduced America's credibility in the international arena. A gradual retrenchment has already started in Donald Trump's presidency. Trump decided to withdraw American troops from Syria, Iraq and Afghanistan despite the Pentagon's resistance. The process of American troop withdrawal may continue in other places as well if Washington cannot find the expected financial support for its international military operations. After the coronavirus crisis is settled, one of the first things that Washington will do is to negotiate with countries that host American bases. If the U.S. cannot find financial support, she may reduce its troops dramatically to a symbolic level.

This policy will lead to the formation of power vacuums in the places where America played a prominent role. There will be a competition between alternative actors who would want to extend their influence in the vacuums left by the American military. To prevent an uncoordinated power transition, Washington may assist the actor/actors that work in coordination with them to dominate in the regions it left. Such assistance may give Washington some leverage on those actors that are willing to fill the power vacuum left by the U.S.

There are downsides to the return to the "Monroe Doctrine" and concentrating on the Western hemisphere in the coming years. Such a scenario may lead to the weakening of America in its global competition with China in Africa and East Asia. This option may increase America's defense burden in the medium term and give China and Russia an advantage in their regional expansions. It would be difficult and costly for Washington to return to places it left after a period of strategic retrenchment. The local actors may already find some other counterparts. Russia and China may also increase their presence and influence on the European continent. Specifically, China may play a more significant role in smaller countries in Europe with its post-COVID-19 economic recovery plan. Such a development may also weaken the Transatlantic alliance, which is one of the strongest military and political alliances in history.

Considering its turbulent relations with Washington, especially with the Pentagon, in the last several years, the isolationism scenario is not the worst scenario for Ankara. In the last several years, especially during the Obama administration, Washington took some steps to destabilize Turkey. Turkey was punished harshly when she tried to pursue its own game plan and an autonomous foreign policy in its regional politics. Washington instead preferred to empower the YPG and some other domestic and regional actors to counterbalance President Recep Tayyip Erdoğan and his regional vision. This policy was partially sponsored by some of the Gulf monarchies that share hostile attitudes toward Turkey's influence in the Middle East and North Africa (MENA) region. Washington's hesitations in its support to its NATO ally Turkey also empowered Moscow, Tehran and Abu Dhabi.

If the neo-isolationist or retrenchment policy gets into the action, Ankara will not be too upset. Turkey may even improve its diplomatic and economic relations with the U.S. if the withdrawal is coordinated between Ankara and Washington. With its manufacturing capacity, Turkey may also serve as a significant hub for Washington's efforts to diversify its China oriented supply chains. The Pentagon's leading role intoxicated Turkish-American relations in the last two decades. In case the economic and diplomatic actors' step forward in this neo-isolationist scenario, this may reduce some of the tensions between Washington and Ankara.