If Biden follows in Obama’s footsteps on foreign policy 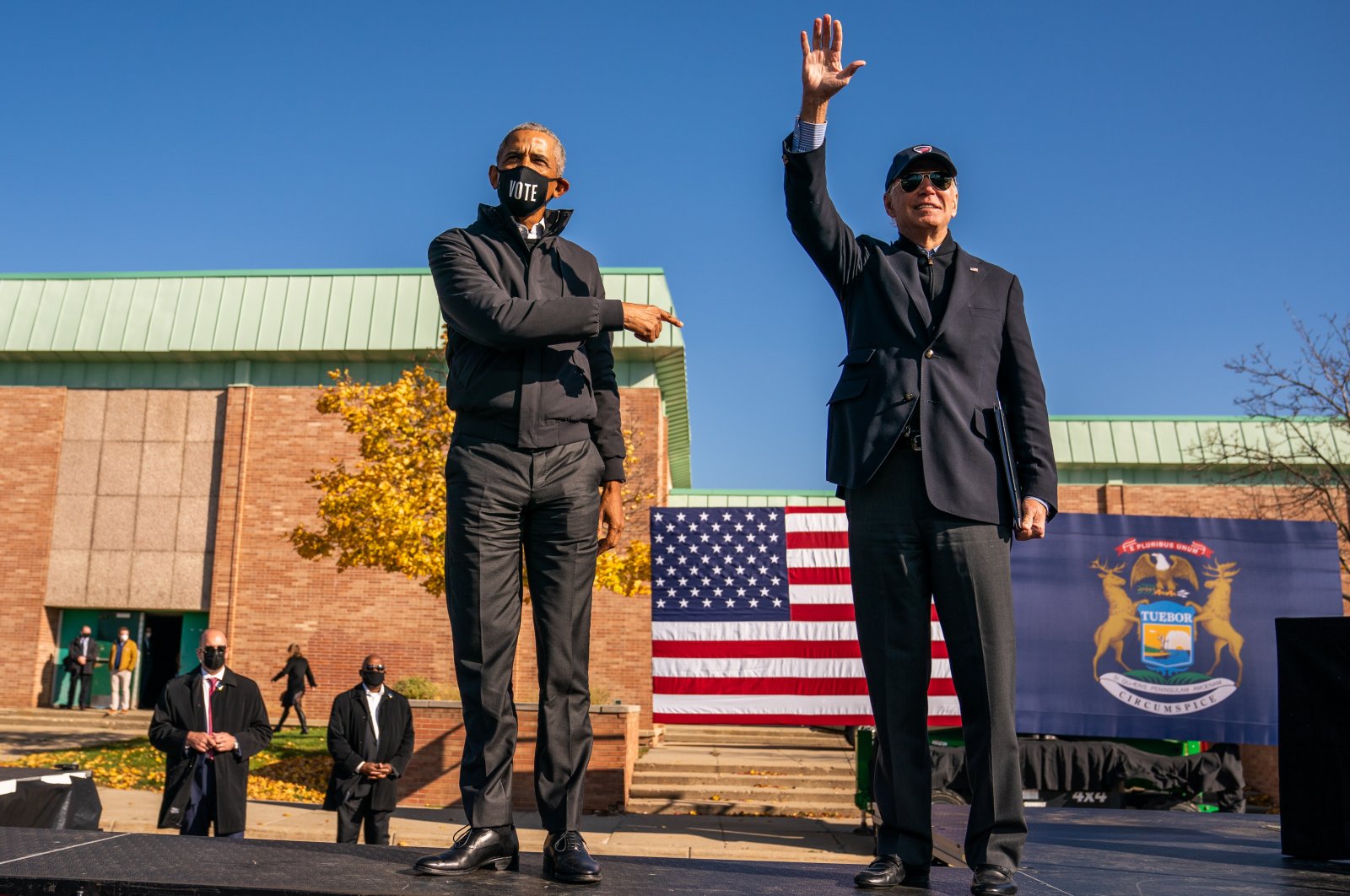 President-elect Biden's repetition of Obama's wrongdoings in foreign policy in the Middle East could further tarnish the U.S.' international image

U.S. President-elect Joe Biden promised to change Donald Trump-era foreign policy and to repair the tarnished image and damaged credibility of his country in the international arena.

Foreign policy is one of the most vital areas where Biden will demonstrate his experience of more than 40 years.

Biden experienced the Cold War tensions and celebrated the U.S.-led liberal internationalism in the 1990s and early 2000s. His position as the vice-president during the presidency of Barack Obama is also a good sign of his potential foreign policy line. He was one of the most influential architects of Obama-era foreign policy.

The U.S. was not a game-changer actor in those issues. The vacuum left by the U.S. was filled by its competitors like Russia and Iran.

Despite the commitment to value and emphasis on some of the critical pillars of liberal internationalism, Obama's foreign policy was full of confusion and disappointments, especially for Washington's allies.

Biden was not a significant reformer; he was just a conservative who tried to restore the post-World War II international order with some minor revisions.

"Counterterrorism plus" or the doctrine that emphasized the intensive use of airstrikes, use of special forces and intensive drone strikes against the terror targets rather than troop deployment was Biden's idea. That policy was highly criticized by some of the former high-level members of the Obama administration.

Almost every day, Obama authorized bombardment and killing of high-level terror targets with some civilian casualties. Despite Obama's liberal posture, he authorized many attacks that led to "collateral damages."

Obama's confusion and mixed signals in Syria empowered cruel leaders like Syria's Bashar Assad and led to humanitarian catastrophes in the region. Syria's moderate opposition figures criticized Obama's wrong decisions that ended in the failure of the moderate opposition and Russian and Iranian interventions in Syria.

Supporting and sponsoring the PKK/YPG terrorist organization was by no means a liberal or even a realist choice. The PKK/YPG suppressed the moderate Kurds and other tribal elements in northeastern Syria under U.S. sponsorship.

The Obama administration's policy change concerning the Arab uprisings also led to the failure of the democratic reforms in the region.

Rather than allowing democratically elected governments to find their way to reform, Obama allowed the counter-revolutionary forces to take the stage and dampen the democratization opportunities in the Middle East and North Africa (MENA) region. Obama’s mixed signals to the Islamic Republic of Iran also stimulated the Iranian regime's aggressive expansion in the area.

Obama came to power with liberal signals and promised to support and sponsor liberal internationalism. Still, his overall track record and legacy are full of confusion and disappointments.

Especially, the actors in the MENA region are the primary victims of these disappointments. Biden was one of the key figures in Washington when all these decisions were taken and implemented.

He came to the presidency with similar promises. He promises to strengthen cooperation with the U.S.' democratic allies. He pledges to prevent corruption and rising authoritarianism and support human rights all over the world.

Biden also emphasized multilateralism and the U.S.' leadership in international forums. He promised to return the U.S. to the Paris climate agreement and other international agreements. All these promises generated excitement among some European leaders and the international actors that favor liberal internationalism.

After four years of Trump's legacy, where Washington contradicted all its international commitments, there are high hopes and expectations from Biden's presidency. However, doubts and questions remain, especially if we examine the overall foreign policy practices of the Obama presidency.

Obama's contradictory moves were very costly and disappointing to those who planned their foreign policy agendas in line with Washington.

Biden should refrain from giving false signals or promises that Washington can not commit to. His foreign policy will be under the shadow of Obama's mistakes.

Most international actors applaud and welcome Biden because of Trump's controversial foreign policy decisions, but the Obama era's blurry legacy is also of concern to some.