If we can overcome the coronavirus 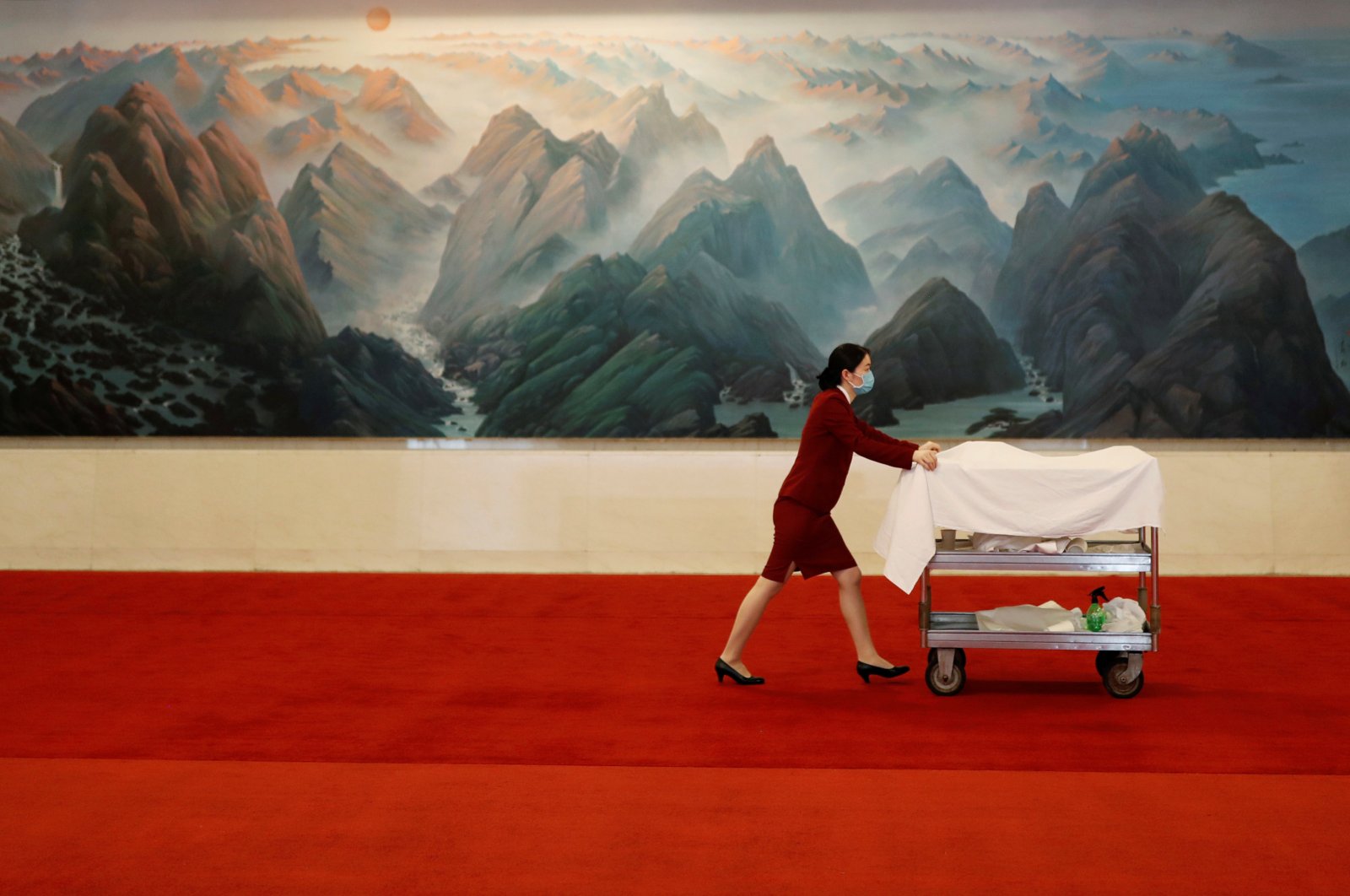 An attendant wearing a face mask following the coronavirus outbreak pushes a cart at the Great Hall of the People after the opening session of the National People's Congress (NPC) in Beijing, China, May 22, 2020. (Reuters Photo)
by Emre Gönen May 28, 2020 12:05 am
RECOMMENDED

Obviously the social, political and economic effects of the coronavirus pandemic will be detrimental in the coming weeks and months. No state or administration was prepared to contain such an outbreak, not even international organizations like the World Health Organization (WHO) could respond swiftly and timely to alert national institutions.

The hyper-globalization of production having created tangible deindustrialization in many developed countries, producing protective masks has become a salient issue. It wasn't that the technology was difficult to master or that the production machinery was too complicated as it is quite a simple and easy product to manufacture. But no one had the necessary capacity nor the infrastructure to produce, immediately, a huge number of protective masks. All the production was delocalized to China. Even this simple example has shown the limitations of ill-designed globalization.

By ill-designed, I mean the fact that some dimensions of globalization are extremely developed, like the free circulation of capital whereas some of its other aspects remain untouched, like the institutional architecture that would regulate the global currents of exchange.

The 1947 GATT Agreement was a very sound step toward establishing a codified international regulation for foreign trade. It turned into the World Trade Organization (WTO) after the demise of the USSR. But instead of taking much bolder steps to consolidate international organizations and functioning, a lot has been done to sabotage these institutions.

The U.S., under neocon administrations, has been one of the foremost opponents of the institutional architecture that was developed after World War II. Interestingly, this is precisely the system first proposed by Woodrow Wilson in 1919, then by Franklin Delano Roosevelt in 1944.

During the Cold War, on the other hand, the USSR, which held the right to veto United Nations Security Council decisions, instrumentalized the U.N. to meet its tactical and strategic needs. The demise of the USSR did not change this attitude of the Russian Federation and the Security Council, at best, remains a totally neutralized institution, even after the Cold War.

Now what could be the “new” system that might emerge in the post-coronavirus world? For the time being, what we see is nothing new but desperately old and even archaic. Countries are talking about "relocating" some simple industrial tissue back home. New measures are being taken to limit imports, which are remnants of the good old days of import substitution. All of these are very old and classic reactions of isolationism. It would be unwise to expect increased international solidarity and cooperation while shutting down the doors and windows of one’s house hermetically.

There are countries, like the U.S., who openly declare that their aim is not to enhance and develop international relations to help contain climate change, but instead to “make America great” as if such slogans have any meaning. Brazil is in the same position; the U.K. is trying to isolate itself from the EU and the European continent. By using the same methods that created a terrible world after the 1929 crash, these countries expect to get totally different results.

This is not going to happen, unfortunately, and the same mistakes are likely to produce the very same bad consequences. Fortunately, not all countries are tempted to go back to isolationism. The France-Germany duo has come up with an essentially revolutionary move. Massive funding of 500 billion euros ($548.575 billion) that was meant to be distributed to distressed EU countries and regions have been devised. What is revolutionary is not the sizeable amount of money, but the fact that this financing will not be made up of loans but exclusively of grants, to be paid from the EU budget in the coming years.

The Treaty of Rome, signed in 1957, already accepted the principle that there is a need to support less-developed regions among the six founding member states. A lot has been done throughout the history of the EU to support countries and regions under duress. But this is the first time that a solidarity system of such magnitude has been devised by France and Germany.

This shows that Germany, or at least its chancellor, has understood the unsustainability of the present situation. A Germany that is inundated with a commercial surplus, when the Mediterranean countries are over-indebted, is not sustainable. We will see in the coming weeks whether the German stance will be accepted by the Northern states, like Denmark, Sweden, Austria, or the Netherlands. Nevertheless, the signal is there and it is very strong.

I will need another column to talk about the possible implications of such dynamics for Turkey. Anyhow, a critical dynamic is in motion and we have to get ready for its effects.