In the Caucasus, Turkey and Russia negotiate a new balance 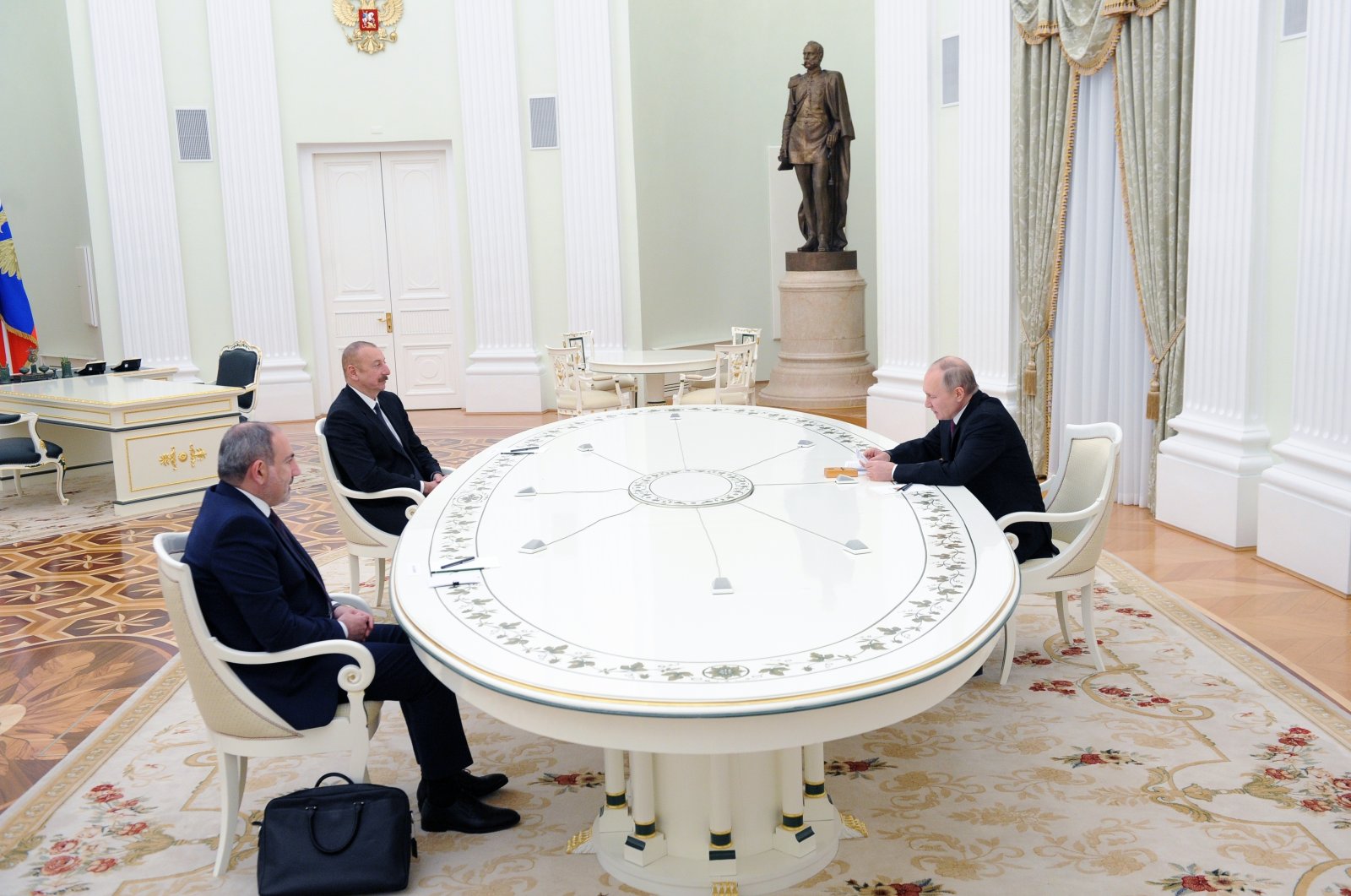 Azerbaijan liberated Nagorno-Karabakh, which was under Armenian occupation, after 44 days of fighting and disrupted the 30-year status quo in the Caucasus. There is an ongoing search for a new equilibrium now to create a fresh status quo. Turkey and Russia play dominant roles in that pursuit, as Turkey and Azerbaijan share a perspective that clashes with the Russian approach.

Before delving into the details of that search for a new balance, it is necessary to analyze the old status quo and its stakeholders. In the Caucasus, the former status quo was a frozen conflict. Nagorno-Karabakh was under Armenian occupation and the Organization for Security and Co-operation in Europe's (OSCE) Minsk Group appeared to be the only potential player to resolve the issue. That group was co-chaired by the United States, France and Russia.

In other words, they were to play a definitive role in Nagorno-Karabakh, whereas eight other nations, including Turkey, assumed a secondary role. For 28 years, the Minsk Group made absolutely no progress. The dispute between Azerbaijan and Armenia remained a frozen escalation. The only other notable country was Iran, which supported Armenia and was not part of the Minsk Group.

Azerbaijan’s military victory in that mountainous region kicked all parties, except Turkey and Russia, from the negotiating table. The emerging order includes Russia, Turkey, Azerbaijan and Armenia. There are differences of opinion, however, about the establishment of that new order.

Russia is unhappy that another country, Turkey, exerts influence over the Caucasus – which Moscow historically viewed as its backyard. The Russians made no attempt to conceal that frustration since the fighting began, and they planned their steps accordingly.

Russian President Vladimir Putin brokered an agreement between Azerbaijan and Armenia, just as Baku was about to claim total victory, and persuaded the Armenians into making concessions. That was a clear attempt to stop the situation from getting out of Moscow’s control.

Likewise, Russia tried to stop the deployment of Turkish peacekeepers to Nagorno-Karabakh and to get Russian troops to man observation posts exclusively. Moscow also does not want companies from other countries to play a role in rebuilding Nagorno-Karabakh and its infrastructure; hence Putin’s decision to host Azerbaijani President Ilham Aliyev and Armenian Prime Minister Nikol Pashinyan in the Russian capital.

Turkey and Azerbaijan, in contrast, subscribe to a more participatory, regionwide and holistic approach. Aliyev and President Recep Tayyip Erdoğan called for the creation of a regional body, including six Caucasian nations, to promote economic and social development. That project, which would include Armenia, aims to turn the region into an island of peace and political-economic stability. Judging by Yerevan’s response, the Armenians do not want to be left out in the cold either.

This approach will inform the establishment of a new order in the Caucasus and will shape the region’s future and determine its level of peace. Moscow’s attempt to stay in charge translates into a policy of exclusion targeting other regional players, encouraging Armenia to pursue a return to the status quo ante. A recent visit by Armenia’s Foreign Minister Ara Ayvazyan to Nagorno-Karabakh, which re-escalated tensions, attests to that fact.