Inglorious defeat of the Allies 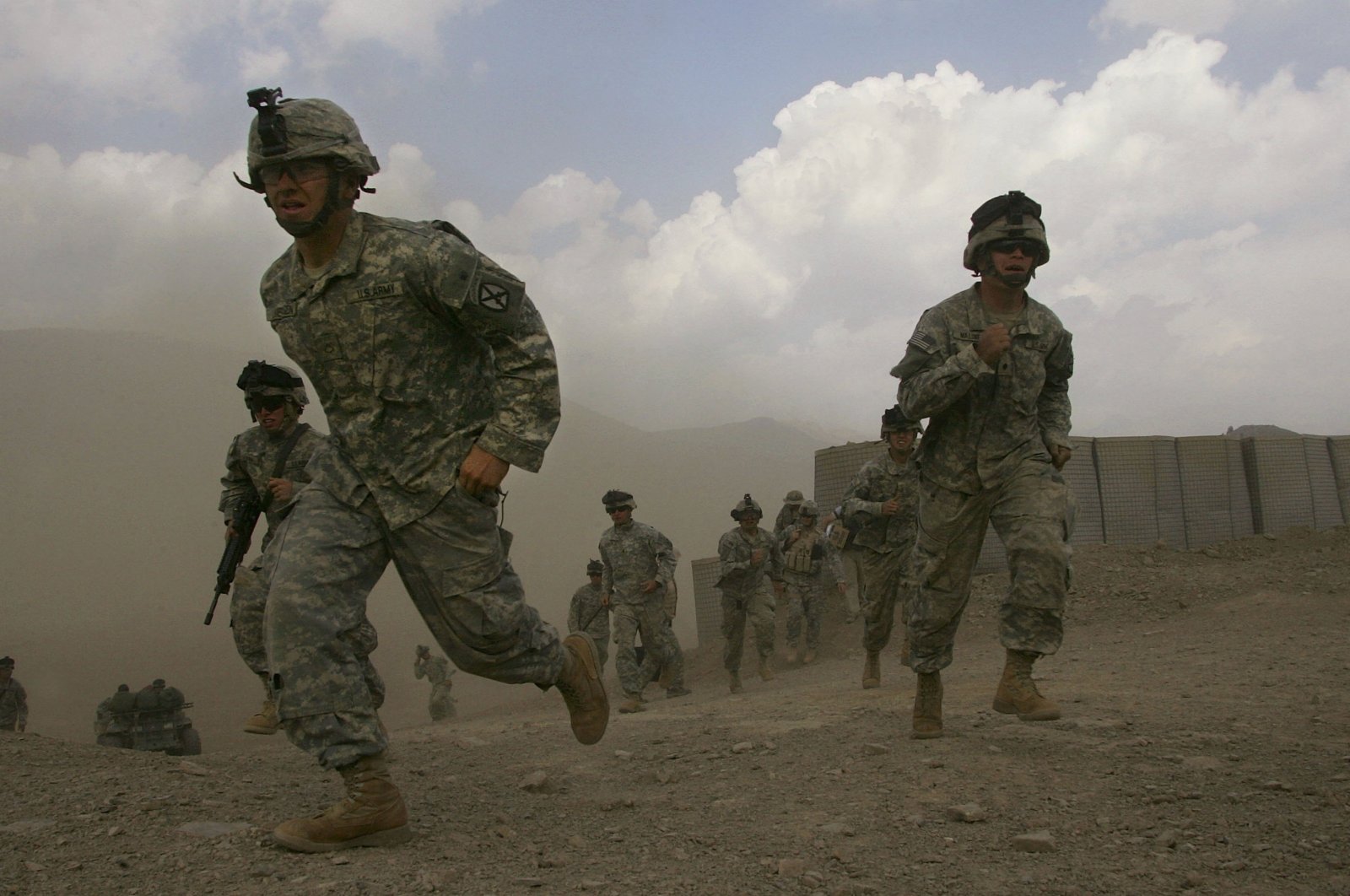 U.S. soldiers run to quickly unload a supply helicopter between Taliban rocket attacks, at Camp Tillman in the Paktika province of eastern Afghanistan, Oct. 24, 2006. (Photo by Getty Images)
by Hakkı Öcal
Nov 23, 2020 12:05 am

Blooding: verb, gerund, initiate (someone) in a killing.

The dictionaries tell us hunters use this word as they smear the face of (a novice) with the blood of a kill.

So did the Australian troops in Afghanistan. Australia was among the nations who joined in Operation Enduring Freedom (OEF) in Afghanistan. They provided the third-largest contingent after the United Kingdom and Canada and participated in combat operations. Those were the days of the “you are either with us or against us” dictum of then U.S. President George W. Bush following the terrorist attacks of Sept. 11, 2001, when his coalition took on al-Qaida and the Taliban.

At their peak, Australian troops in Afghanistan numbered 1,550. They were one of only three countries to openly support operations in Afghanistan at the beginning of the war, along with the U.S. and the U.K. (For the sake of fairness, we have to note that Turkey, too, offered help to that coalition like the use of its airspace and air refueling for U.S. aircraft. Turkey would later deploy troops to Afghanistan as part of a peacekeeping force).

A report from the Inspector-General of the Australian Defense Force (IGADF) now shows that there were “23 incidents of alleged unlawful killing of 39 Afghan civilians by Australian special forces personnel.” Well, this colorless legalese may not portray the whole picture. So, let us try to add some color (blood pun intended) to the lifeless depictions.

If you carefully look at the dates in the IGADF report, you can see that U.S. troops were already engaged in combat operations.

The U.S coordinators of the operations noticed that the Crocodile Dundees were cowardly wimps who needed "blooding." The IGADF report shared sketchy details on U.S. forces collaring a group of Afghan civilians to be questioned. The group could have been a group of peasants who could not speak English or Pashto – there are 14 ethnic groups in the country so not everybody speaks the same vernacular. They were put in a pen-like holding area where they awaited questioning and probably release.

Just like any young person in the 21st century, the Australian boys had only encountered blood when it came to cutting into a juicy steak and had never killed a chicken, let alone a human being. We usually call somebody who kills another person a "murderer" and send them to jail or the electric chair, depending on the nature, conditions and location of the murder.

American movie director Michael Cimino may have bankrupted United Artists Studio and reshaped the landscape of Hollywood by shooting the longest movie in history, but he also etched in memories with his seminal 3-hour film “The Deer Hunter” that hunters of big game usually make better shooters (and killers) in lawful killings. Apparently, the Australian boys did not have deer hunters among them and needed to be introduced to killing, or be “blooded” as the dictionary suggests.

In addition to the evidence of 23 incidents of unlawful killing of 39 Afghan villagers, the Inspector-General of the Australian Army further discovered more incidents of "cruel treatment." How do you react when soldiers use live human beings as target practice? Swear if they miss the target?

But let’s not jump to the conclusion that all is lost when it comes to the Australian armed forces. Their Chief General, Angus Campbell, said he was shocked by the revelations, which he described as “damaging to our moral authority as a military force.”

Dear sir, it is not only your military that damaged your moral authority. It was the whole coalition committed to what it called “the war on terror” under false premises.

1. The Afghan people were not terrorists and your war on them was actually a war on innocent people.

2. President Bush and British Prime Minister Tony Blair swindled you and many other countries into that war lying and practically twisting your arms into it.

Only God knows what other unlawful practices you committed not only in Afghanistan but also in Iraq, Libya, Syria and Yemen. The entire Western Alliance lost its moral authority the moment it began to remap that part of the world, starting with the secret agreements of Constantinople and London (1915), and Sykes-Picot (1916).

The oil empire and its follower, the global hegemony, after losing their principal enemy with the death of communism, tried to create a new enemy in Islam. Now almost all Muslims, except those around the Persian Gulf, can see through it – it is Islamophobia and it is not working. As Anschluss survivor Elias Canetti said, “The moment of survival is the moment of power.”

In the unlawful killings, many people died but Muslims survived. Outgoing U.S. Secretary of State Mike Pompeo delivered title documents to Israeli-occupied lands to Israeli Prime Minister Benjamin Netanyahu, but Palestinians survived. Libya’s longtime ruler Moammar Gadhafi was killed in a ditch, but Libyans survived. So did the Sudanese and Yemenis. Prominent figure and journalist Jamal Khashoggi's body was burned at a Saudi Consulate, but Arabs will survive.