Introducing France’s ‘equality, but only for us’ approach 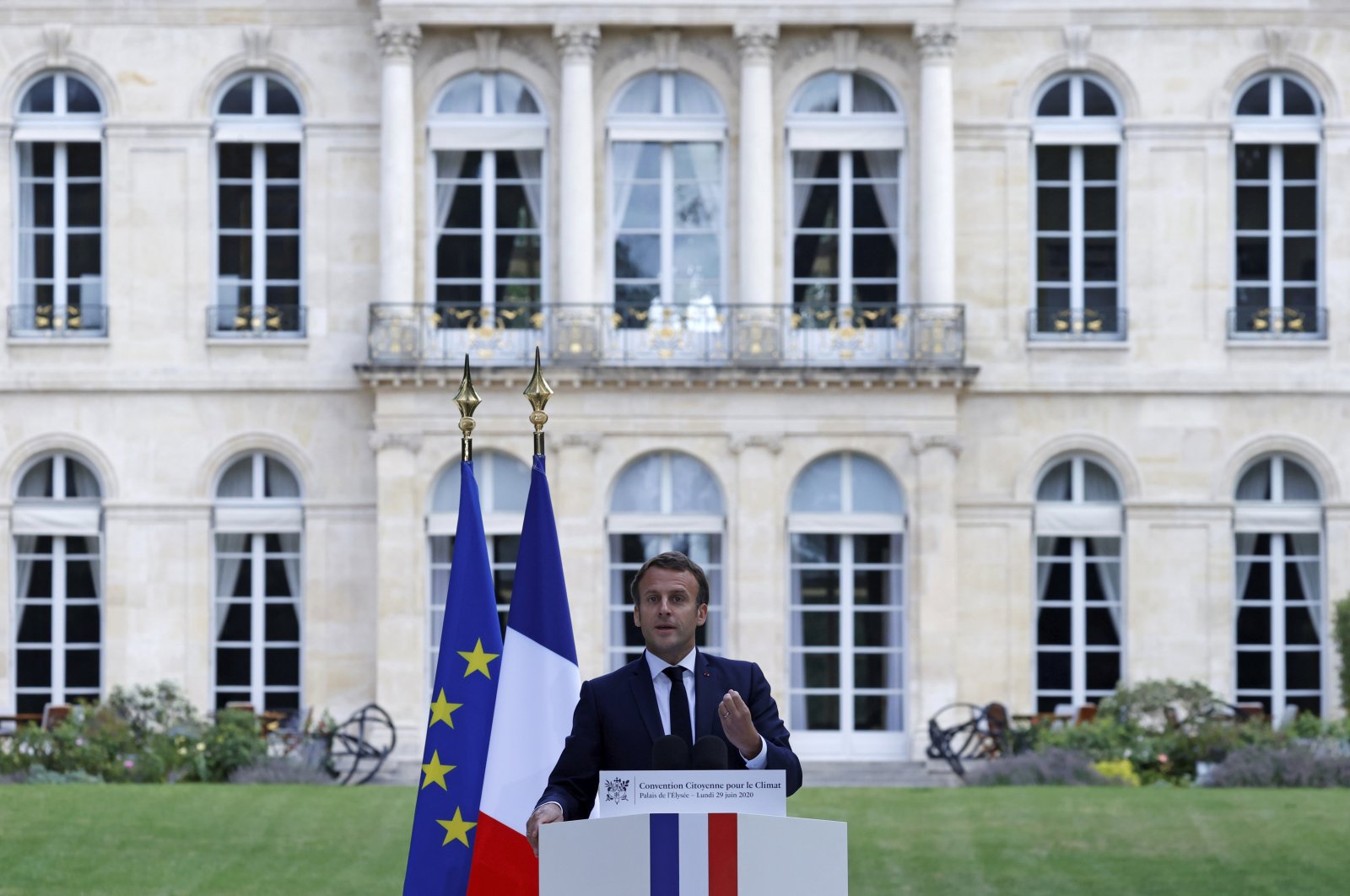 Article 2 in the Treaty on European Union defines the principles of the EU as follows, "The Union is founded on the values of respect for human dignity, freedom, democracy, equality, the rule of law and respect for human rights, including the rights of persons belonging to minorities.”

Today, the trend of the rising far-right, anti-immigration movements, widespread discrimination and disrupted income distribution have moved Europe away from the core values that it identifies in its establishment.

What is even more painful is that the bloc cannot move away from its "new imperialism" and "neo-colonialism" tendencies that have been rising since the 1870s.

France, interestingly, following Libya’s longtime ruler Moammar Gadhafi's removal from power, is one of them. As the country that organized the first air operation against Gadhafi, it now dares to undermine the values of the very European Union that it founded. The self-indulgence in Libya that has created human tragedy, heavy uncertainty and chaos, all for its own interests, shows its moral erosion. It is a great contradiction for France that it supports putschist Gen. Khalifa Haftar, as if he is not the chief architect of all this human tragedy, a narcissistic terrorist who has committed crimes against humanity and a dictator.

It is a tragicomic situation that France criticizes Turkey for saying "stop" to this humanitarian tragedy in Libya and for its for support of the Government of National Accord, which the United Nations declared as the legitimate power in the country, as it blocks basic human interests with its neo-colonialist objectives and gets mad over Haftar’s defeat.

Bloomberg published an article on June 27, which states that the only political leader putting forth effort for Libya is President Recep Tayyip Erdoğan. The piece points out that the mass graves that were discovered after the withdrawal of Haftar's forces are an embarrassing situation for current French Foreign Minister Jean-Yves Le Drian, who was also the defense minister during the Emmanuel Macron and Francois Hollande governments.

For me, France's stance on freedom, equality and fraternity is an embarrassing picture of the country's intellectuals and opinion leaders. Macron's claim that the Turkish navy intervened with fellow NATO member France's warships only makes them look more ridiculous.

Bloomberg's article noted that the purpose behind Macron's blow-up was to cover up France's flaws. Of course, the country's grudge is not limited to just Libya.

The balance of power in the Mediterranean, which is being reformulated by Turkey, has turned all of France's plans upside down.

Will France be able to prioritize its core values, the core values of its EU, within the framework of the spirit of 1789? It seems difficult to do business with such politicians.

Belt and Road and Libya

China’s recent position is not aligned with its soft, careful and meticulous diplomacy over the last 10 years, as it was aiming to be one of the power centers of the 21st century with its Belt and Road Initiative.

For Beijing, which is trying to eliminate accusations that the country is responsible for the global pandemic, its national security law relating to Hong Kong is another issue that is creating tension with the U.S. and some western countries. The United States, under the pretext of both COVID-19 and the national security law, is talking about imposing trade sanctions on both China and Hong Kong and suspending the first phase of its trade agreement with Beijing. China says that it will respond to the U.S.’ attitude reciprocally.

While dealing with these multi-faceted issues, China is also striving to develop enriched economic and political relations with countries in the south, middle and north corridors of the Belt and Road Initiative.

Recent developments in India, Pakistan and Iran, indispensable countries of the program's southern route, however, indicate that things will not be easy.

As a matter of fact, the Kashmir issue, which has turned into a deadlock between Pakistan and India, is already a serious problem, and the loss of soldiers from both sides after the recent conflict on the India-China border is a precursor of new tensions in their relations.

The Indian government banned 58 software programs of Chinese origin including the short video app TikTok, e-commerce giant Alibaba's UCWeb and WeChat. India, the world's second-most populous country, is an incredible market for Chinese companies selling mobile phones and mobile applications. For this reason, on top of the considerable revenue loss for Chinese companies, the balance seems to be off for the future of the Belt and Road project.

In terms of the Libya equation, France, whose resentment over its scuttled plans seems to have put Macron off at such a level that, despite their own support of now uncovered war crimes, went onto a frenzy by accusing Turkey of committing crimes against humanity.

The death of Christophe de Margerie, the general manager of the French energy company Total S.A., in a plane crash at an airport in Moscow is still a mystery.

Are the Libyan negotiations between France and Russia going back to those days? Is it not strange that the plane crash took place on Oct. 21, 2014, three years after Gadhafi was killed on Oct. 20, 2011?

The serial numbers of the missiles and weapons left behind by Haftar's forces proved to be equipment the U.S. sold to France. Tensions will escalate between Germany and France, who each want to establish a new relationship with China, Russia and the U.S. America's new “Atlanticist” politicians will no doubt not leave globalist Macron alone.