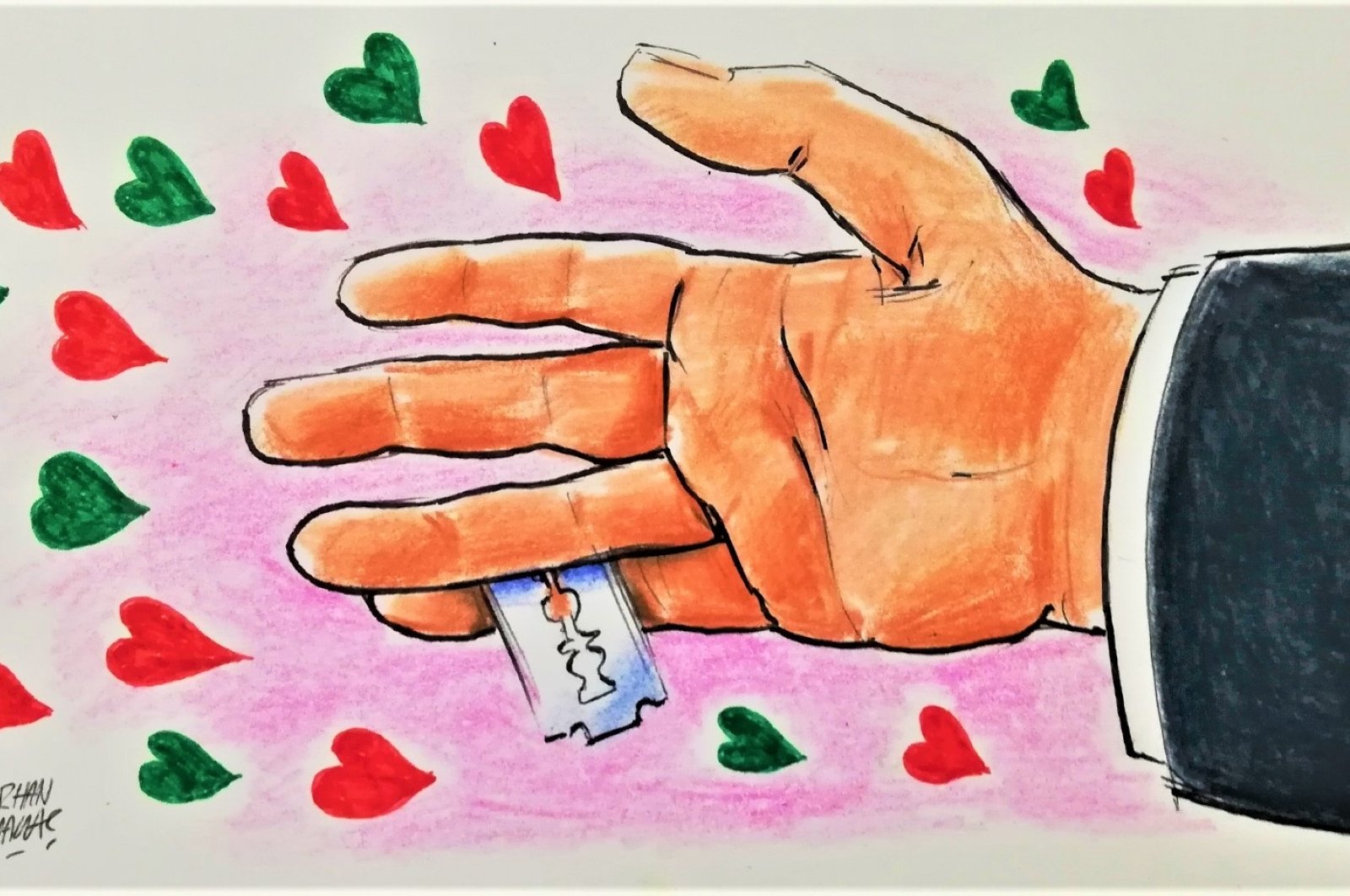 Iran's ruling elite has translated a poem that President Recep Tayyip Erdoğan recited in Baku, Azerbaijan, into political tension. While politicians made aggressive statements, Iranian media outlets accused the Turkish leader of pursuing a leadership role in the Muslim world and a policy of Ottomanism and pan-Turkism. Others claimed Ankara was fueling separatism in Iran, putting the country's territorial integrity at risk.

Keeping in mind Turkey's unwavering commitment to the territorial integrity of its neighbors, not to mention Iran's seemingly endless love affair with the PKK terrorist organization, how can we account for Tehran's overreaction?

Ankara stood in solidarity with the Iranian people on a range of issues despite international pressure, including Tehran's nuclear program, as Turkey's Communications Director Fahrettin Altun pointed. So why did Iranian politicians target Turkey so severely?

There are two answers to these questions. First and foremost, Iran is deeply unhappy with Turkey's growing regional influence and its new capabilities.

At the same time, Tehran is worried about potential changes in allegiances the new U.S. administration's Middle East policy could bring about.

Turkey has militarily inserted itself in Syria, Iraq, Libya, the Eastern Mediterranean and Nagorno-Karabakh since 2016. The need to work with, and balance out, Russia came with the territory.

The problem, however, is more complex. Regional powers like Iran, Saudi Arabia and Israel have been closely monitoring the development of Ankara's multidimensional military capabilities, including its armed drone and train-and-equip programs.

Tehran, which has been making grabs for regional influence through an "axis of resistance" since 1979, is deeply unsettled by Turkey's recent accomplishments. Most recently, the war in Nagorno-Karabakh that ended within 44 days, dealing a blow to Russian (and particularly Iranian) interests in the Caucasus.

The fact that Ankara was able to accomplish in a couple of years what Tehran has been trying to do for decades is a clear source of envy. Needless to say, Turkey outperforms itself in each new step it takes.

The prospect of Israel joining Turkey and Azerbaijan is also a nightmare scenario for the Iranians. Donald Trump's administration's policy of "maximum pressure" not only tarnished Iran's economy but also took a toll on Tehran's regional ambitions.

Nowadays, Iran is hoping to restart nuclear talks with the Biden administration. The country is hopeful for fresh opportunities and that a wave of activism will wash over places like Syria and Yemen – just like in the good old days when Barack Obama was president.

Even though Joe Biden's administration is likely to pursue an agreement with Iran, the negotiations could cover ballistic missiles and Shiite militias, which Israel and the Gulf states will certainly push for.

More importantly, the balance of power in the Middle East has already shifted, even though the Trump administration's boot is no longer on Tehran's neck. The situation is just radically different from the Obama years.

Let us not forget that Iran had a trump card at its disposal following the Arab revolts. The country reinforced the axis of resistance, which it built after the Islamic revolution, as it crushed the Syrian revolution and got the U.S. to largely withdraw from Iraq. Exploiting the fight against Daesh, Tehran expanded its footprint in Iraq and Syria through Shiite militias.

Under the Trump administration, however, major geopolitical changes occurred in the region. Turkey and Israel grew stronger, as Iran significantly weakened.

The Arab states have since moved to overhaul their relations with Ankara and Tel Aviv, and some Arab regimes have even sided with Israel against Iran.

In this new chapter, the great game between regional powers will involve Turkey, Iran and Israel – with the former having the upper hand. The Iranian elite must now put aside their nationalistic pride and exaggerated hopes, and focus on the region's new geopolitics.