Is the EU project a toy for Macron and Mitsotakis? 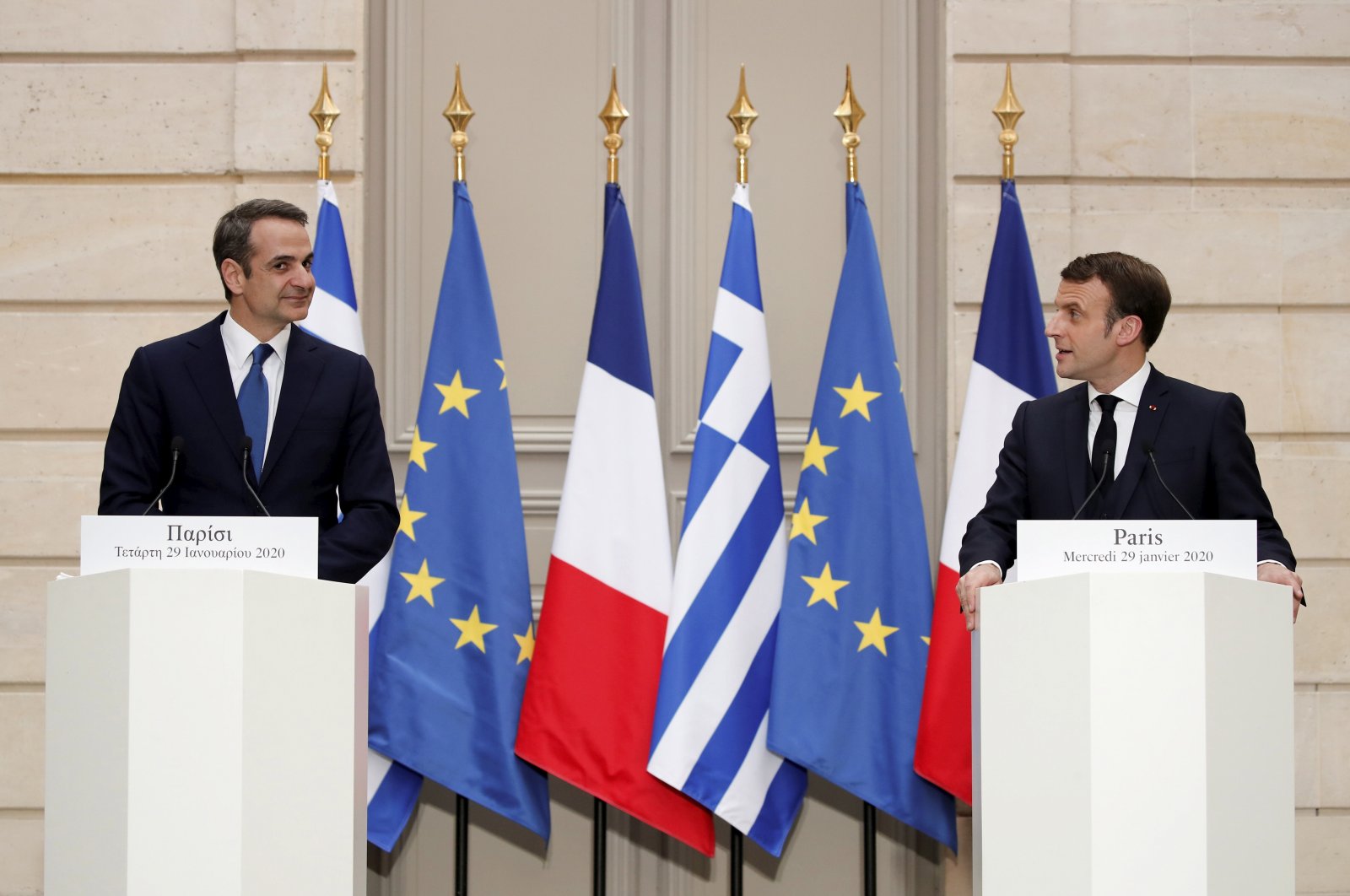 All eyes are on the European Union leaders’ summit in Brussels. What makes the meeting important is the discussion of the possibility of sanctions against Turkey.

While some EU states, especially Greece and France, are in favor of sanctions, others, including Germany and especially Italy, Spain and Malta, which are worried about the currently inactive migration threat due to the pandemic, uphold the idea of maintaining dialogue.

Possible sanctions are not expected to include a formal cessation of accession talks, an arms embargo, as Greece wants, or a very high-level move on the customs union. However, some new firms and persons could be added to the existing embargo list.

In a previous summit on Oct. 1-2, European leaders had agreed that Ankara would be given an opportunity for dialogue. In this regard, Turkey was offered a dialogue process with a positive agenda in return for abandoning steps that escalated tension in the Eastern Mediterranean. The EU announced that Ankara had until Dec. 11 to revise its policies, otherwise, it could raise sanctions.

In a statement that followed the recent EU Foreign Ministers’ meeting, Josep Borrell, high representative of the union for foreign affairs and security policy, said: “All Ministers considered that we have not seen a fundamental change of direction in Turkey’s behavior. On the contrary, in several aspects, the situation has worsened. Seismic survey activities in the region are still going on.” He added that the European Council continues to assess the situation and the final decision would be made by the leaders.

The Turkish side, on the other hand, continues its commercial activities in the Eastern Mediterranean in accordance with international law and its bilateral agreements with littoral countries and takes steps to initiate dialogue.

Meanwhile, President Recep Tayyip Erdoğan has recently signaled the most serious reform process since the Gülenist Terror Group's (FETÖ) attempted military coup of July 15, 2016. Erdoğan's promise of transformation in law and the economy is still high on the agenda of the public and the media.

Erdoğan’s remarks in a recent meeting, “We see ourselves in Europe, not anywhere else; we look to build our future with Europe” are quite similar to his messages in the days Turkey was in full accession talks.

Another indication of Ankara's intention for dialogue is the appointment of an ambassador to Paris who is close to French President Emmanuel Macron, despite Macron’s provocative statements interfering in Turkey's internal affairs. Turkish Ambassador Ali Onaner, who has been appointed to France after his mission in Tunisia, was Macron's classmate at the National School of Administration from 2002 to 2004.

Moreover, Ankara is doing all this at a time when provocations against Turkey are mounting. Just last week, a German frigate involved in Operation Irini, which was dispatched and administered by the Greek commander, intercepted a Libya-bound Turkish cargo vessel carrying food and paint supplies, in the Eastern Mediterranean. Soldiers boarded and searched the civilian vessel for hours in violation of international law. And Greek Prime Minister Prime Minister Kyriakos Mitsotakis did not hesitate to use it in domestic politics.

If there is still a grain of what is called the EU spirit, Ankara's composure in the face of the position taken by Athens and Paris that contradicts the principles of the bloc should not go unnoticed at the leaders’ summit in Brussels.