Is Türkiye’s axis shift toward the East happening now? 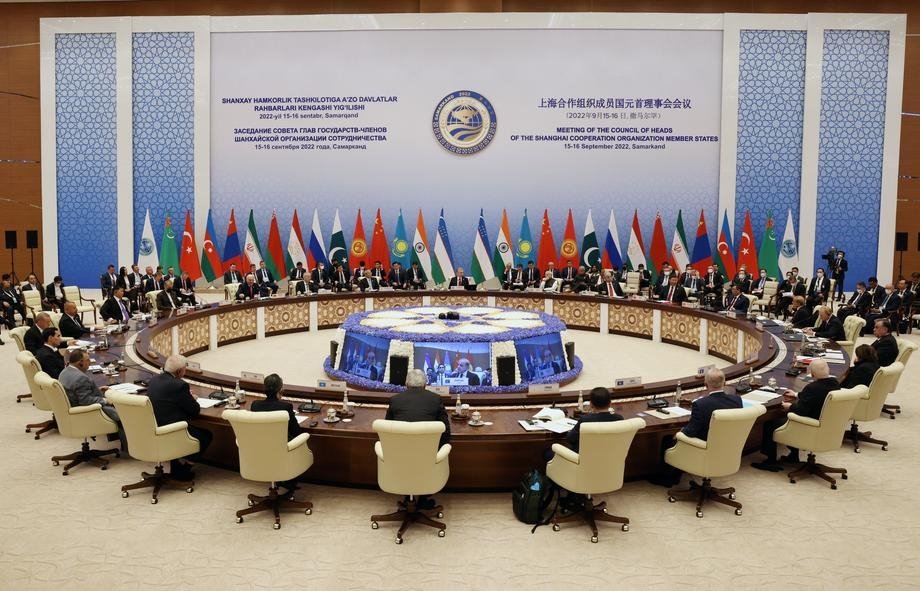 There was great interest in President Recep Tayyip Erdoğan, who attended the Shanghai Cooperation Organization (SCO) Summit in Uzbekistan as a special guest. The warm atmosphere at the summit was widely talked about in the Western capitals and Washington in particular. Whether Türkiye's axis is shifting toward the East was discussed in a serious way. "Türkiye's goal is the SCO membership," Erdoğan said on his way back from Uzbekistan to New York to attend the U.N. summit, intensifying the discussions.

European Union officials say the issue does not directly concern them, but they do not hesitate to warn about Ankara's searching for alternatives, such as its growing ties with the Kremlin. The coalition partners in Germany have reacted to Erdoğan's statement, citing Ankara's NATO membership. The Greens claimed that Erdoğan tests NATO's stress level and even called for sanctions to be imposed on Ankara if necessary. On the other hand, the Social Democratic Party (SDP) warned that a step in this direction would "be a big mistake for Türkiye."

However, EU officials, the U.S. and NATO cannot have anything to say about Türkiye, as they are "allies," which ignores the country's basic security needs, whose efforts are vital to protect the southeastern border of NATO and the EU. The very Western "allies" have rejected giving Patriots to Türkiye while Greece is building up its military in Alexandroupoli (Dedeağaç). The Patriot issue is the major reason Türkiye prefers the Russian-made S-400s. The "allies" have provided arms to the PKK terrorist group's Syrian affiliates and prevented the sale of the F-16s to Türkiye. The "allies" have just recently lifted the arms embargo against the Greek Cypriot side, which threatened the Turkish Republic of Northern Cyprus (TRNC). The "allies" have removed Ankara from the F-35 program. The "allies" have done joint exercises with Greece in the Aegean Sea and have tried to intimidate Türkiye. It's known that some NATO members have even provided shelters to the men of Fetullah Gülen, the perpetrators of the 2016 bloody coup attempt.

We can add much more to the list. The "allies" have treated Türkiye almost as an "enemy" in NATO and the EU and have pushed Ankara to seek alternatives. They could not foresee that the embargo they imposed on Russia would return and hit their own economy and supply chains. Now, they cannot calculate that trying to isolate Türkiye from the West will have serious consequences for the EU, NATO and the U.S. However, Türkiye is a big barrier in front of the mass refugee flow toward Europe. At the same time, Erdoğan is the only person between the Western bloc and Russia that Moscow recognizes and respects.

Well, is it possible for Türkiye to leave NATO and shift the weight of the defense industry and foreign trade to the SCO field, as envisaged in the SCO basic document?

Türkiye's social and political structure is not suitable to fit into a single pole as it is transition geography between the East and the West. However, this alternative is theoretically possible. Moreover, while Türkiye carries out international cooperation within the framework of the East-West bloc, it does not have to consider one of them as an alternative or rival to the other. It has the right to join one of these organizations or more than one simultaneously in line with its national interests.

Despite the double standards of the Western bloc that have been going on for years, Türkiye, which has made no concessions from either the EU perspective or its role in NATO, can very well continue on its way by improving its relations with the eastern bloc.

The new multipolar world is also very suitable for this model.