July 15: A tale of courage that changed Turkey's fate 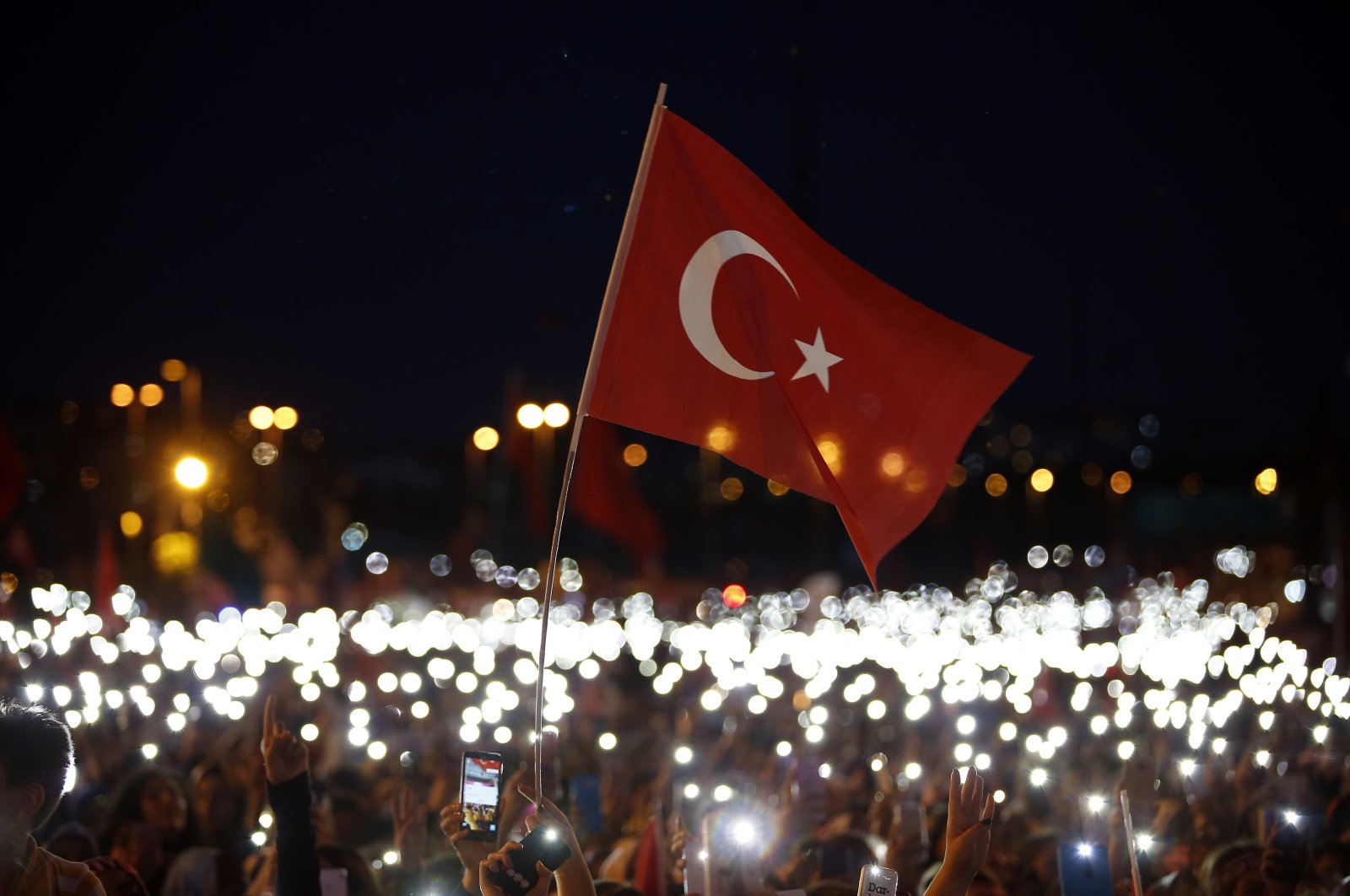 People use their mobile phones as flashlights as they attend a commemoration event for the second anniversary of the July 15 failed coup attempt, in Istanbul, Turkey, July 15, 2018. (AP Photo)
by Nagehan Alçı Jul 17, 2021 12:05 am
RECOMMENDED

July 15 is a turning point in Turkish history. On this day five years ago, millions of people took to the streets and risked their lives to protect Turkey's democracy and freely elected President Recep Tayyip Erdoğan.

This year Turkey is celebrating the fifth anniversary of the failed coup attempt perpetrated by the Gülenist Terror Group (FETÖ). It was a night of horror. Gülenist elements in the military collaborated with those who wanted to get rid of Erdoğan attacked Turkey.

They attacked the Parliament, the presidency, security forces, air bases and most importantly ordinary, civilian people.

I remember that night very well. It was a hot Friday evening when the news came that Istanbul's two bridges on the Bosporus were closed.

I wondered what the reason might be behind this extraordinary decision. It was claimed that a huge terrorist attack was underway and the bridges were closed for security reasons.

However, the truth was much different.

Tanks on the streets

The Gülenist elements in different parts of the country planned to overthrow the Erdoğan government and invaded the streets with tanks.

I can see the first Bosporus Bridge from my apartment. That night the bridge was blocked with tanks and heavy weaponry but after Erdoğan called people to take to the streets, thousands came out to fight with nothing but their courage.

Many people died on this bridge. Gülenist monsters dressed as soldiers attacked with guns and ran over people with tanks. I saw a tank running over a car on a street in Çengelköy district in the metropolis.

I think this night was no less than a horror movie.

The attacks continued until morning. The F-16 fighter could be seen all over the skies of Istanbul and Ankara.

Anyone who witnessed the events of that night can never forget the sounds of F-16 planes zooming by, breaking the sound barrier. It sounded like a blast. All the buildings shook, it seemed like there was bombardment next door. That is how we felt that entire night.

That is why it is important to remember the sacrifices of the martyrs and veterans that stood in the way of putschists to save their country.

July 15, 2016, was the day when, for the first time, a military coup attempt was blocked with the courage and opposition of the people. It reflected Erdoğan’s leadership and the love of his supporters along with the fundamental changes in the country since 1980.

In 1960 and 1980, this country went through two different military coups. The first one overthrew Adnan Menderes, the first freely elected prime minister, and his government, but no one dared to raise their voice at that time. Menderes and two ministers were executed after the coup.

The second was realized by then-Chief of Staff Kenan Evren and lasted more than three years.