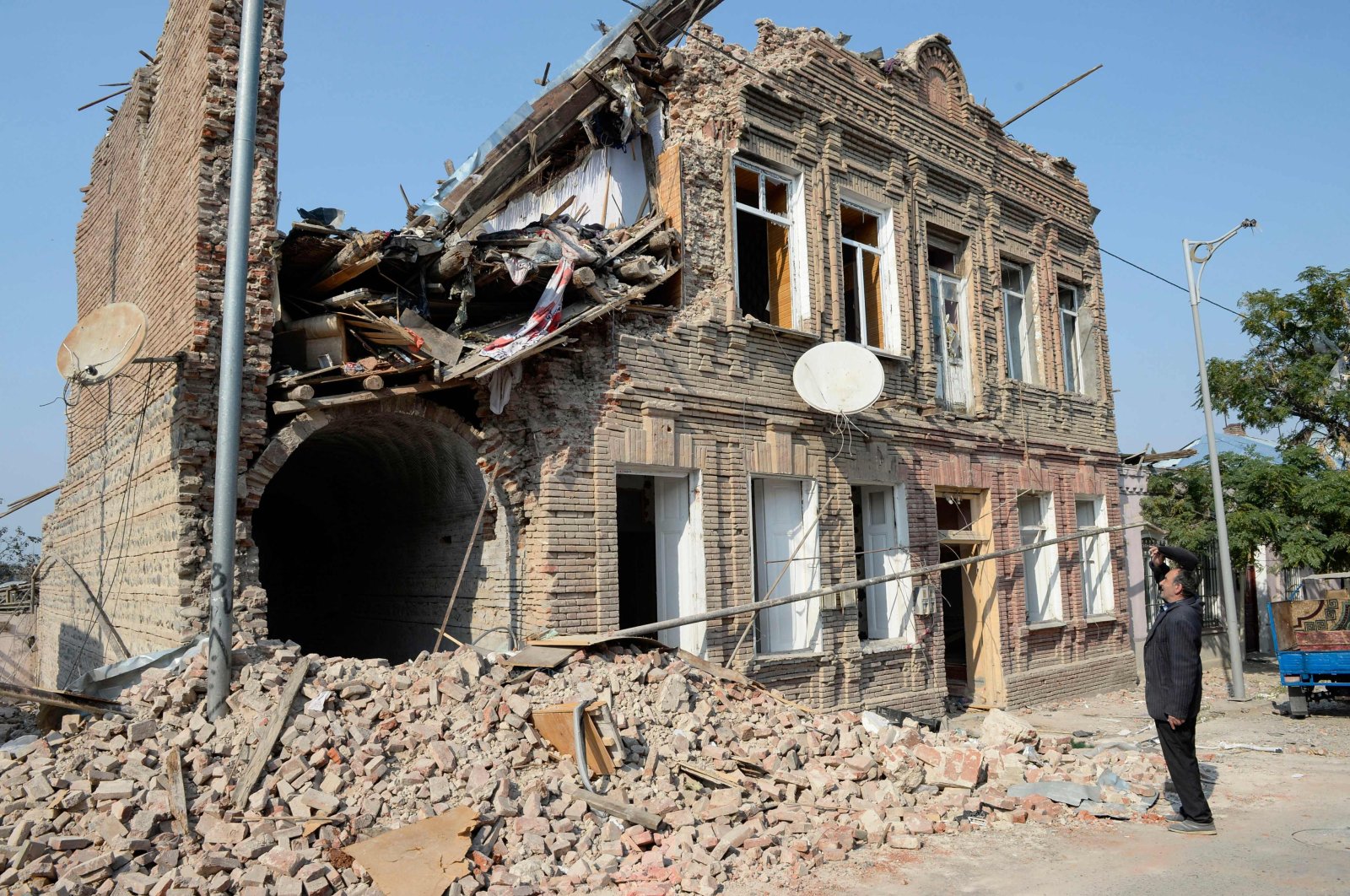 A month has already passed since the war in Nagorno-Karabakh started, and Armenia continues to violate the cease-fires without even trying to hide its unacceptable noncompliance.

On Monday, the Armenian Army violated the announced cease-fire by shelling units of the Azerbaijani army in the area of Lachin, according to Azerbaijan's Defense Ministry.

Armenian aggression continues, not only against the citizens of Azerbaijan but also against Armenians themselves.

The Armenian government has restricted the movement of the Armenian population in the Nagorno-Karabakh region. Those who want to flee the war and go to Armenia are no longer allowed to cross the border.

Yerevan is using its own people as shields and putting their lives in danger. I think that most of the world has missed this part of the tragedy.

Armenia thinks that with its propaganda power it can assert control over Azerbaijani land in Karabakh.

The first cease-fire reached on Oct. 10 was violated by the Armenian Army within 24 hours as they carried out missile attacks on Azerbaijan’s second-largest city, Ganja.

The second violation came one week after the first one.

And the last one happened at the beginning of this week.

On one hand, Azerbaijan fears that with international pressure its land may be transferred to Armenia again; while on the other hand, it wants the bloodshed to stop.

I believe that the civilian population in Karabakh and Armenia also want the war to end.

The fears of Azerbaijan are understandable since Armenia has remained an occupying force for 26 years, but I should point out there are good signs.

The United Nations Security Council (UNSC), as well as international organizations, demand the immediate, complete and unconditional withdrawal of the occupying forces from the occupied Azerbaijani land.

And by Azerbaijani land, I mean the 20% of Azerbaijan’s territory, including seven regions, under illegal Armenian rule for 26 years. Therefore, the only solution to the problem is to return the occupied lands to their rightful owner, Azerbaijan.

But unfortunately, Armenia's aggressive stance renders peaceful conversation impossible. Here Turkey’s role is vital. Ankara's defense of the rights of the occupied territory and its positive relations with Russia can serve as balancing factors in finding a diplomatic solution to the problem. This would also allow Ankara to become an influencing power in the South Caucasus and have a stronger say in energy issues.