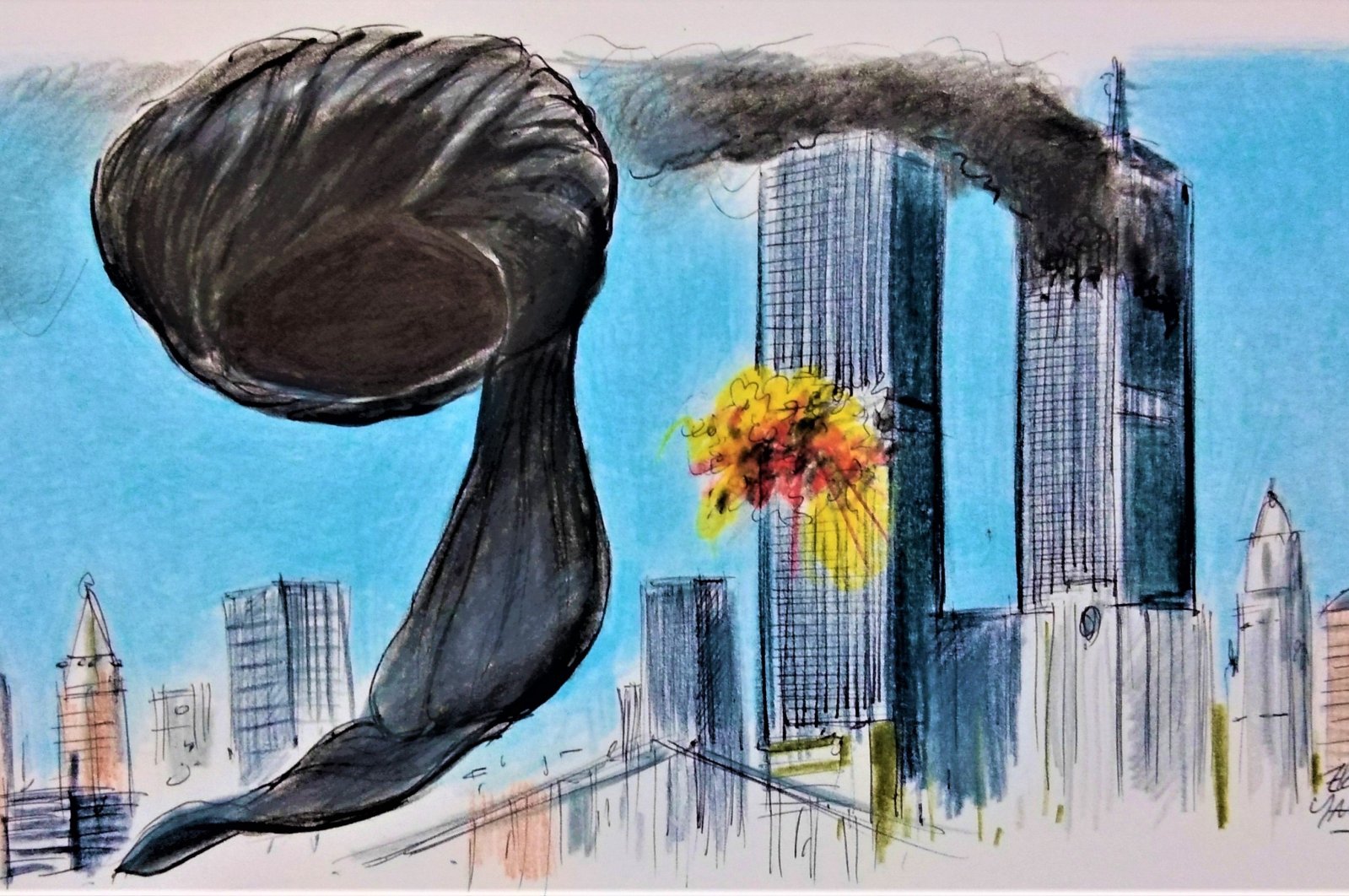 Saturday was the 20th anniversary of al-Qaida’s 2001 attack on New York’s twin towers. A interestingly symbolic oath ceremony coincided with that date: Afghanistan’s interim government – which the Taliban formed after the United States withdrawal in August from the country it had invaded to “fight terrorism” – was sworn in on Sept. 11.

Governments around the world criticized the movement for excluding other groups from the interim government, noting that the Taliban had shown no interest in “adapting to the international order.” It would not be surprising for Afghanistan to attract less attention soon. Yet the world will remain interested in what the U.S. retreat means for global politics. Needless to say, the 9/11 terror attacks, which resulted in the occupations of Afghanistan and Iraq, were widely viewed as the “beginning of the end” of Washington’s hegemony. The U.S. withdrawal from Afghanistan, in turn, is considered the “end of an era” that began on Sept. 11, 2001.

The unipolar world order – which was born in 1989, when the Cold War ended – reached a new stage in light of the 9/11 attacks. George W. Bush, who was the U.S. president at the time, appeased the American people, outraged for having been attacked at home, by exercising military power. Taking stock of the past two decades, however, there is no doubt that liberal pipedreams such as the "freedom agenda," democracy promotion or state/nation-building, led absolutely nowhere – not even in the area of counterterrorism. Hardly anyone finds President Joe Biden’s claim that Washington pursued a counterterrorism (rather than a state building) agenda in Afghanistan believable – a claim he made in an attempt to downplay the fiasco that was the U.S. withdrawal from that country.

The world has not become any safer since 9/11 despite Washington’s military interventions.

Indeed, the problem of terrorism persisted, as Muslim alienation, Islamophobia and the far-right’s hate speech worsened. The Middle East suffered the most pain during that period, as invasions, civil wars and terrorist attacks ruined millions of lives. Radical movements, failed states and military coups became the region’s new reality. Yet Washington’s "freedom agenda" proved unsuccessful in light of the Arab revolts of 2011. America’s global reputation took another blow when Bashar Assad’s regime in Syria crossed former U.S. President Barack Obama's administration’s "red line" by using chemical weapons in 2013. At the same time, the West’s support for status quo powers and counterrevolutionary movements revealed the crisis, if not bankruptcy, of its values and institutions.

It goes without saying that the Biden administration insisted on leaving Afghanistan in line with Washington’s national interests. As a matter of fact, that retreat arguably created no major problems for U.S. security interests, while ending a costly war. One could also presume that the war on terror will continue from U.S. military bases around Afghanistan.

Yet the question of credibility is another matter. Leaving aside U.S. public opinion, American allies in Europe and elsewhere drew valuable lessons from Washington’s withdrawal. They all have to do with declining confidence in the U.S. The U.S. faced criticism under former President Donald Trump for neglecting its “liberal and global responsibilities.” Indeed, Biden restored hope by criticizing his predecessor’s recklessness and saying that “America is back.”

Hardly anyone expected that motto to age so quickly. In the end, Washington handed over Afghanistan to the Taliban, demonstrating that the “great power competition” was the name of the game. Likewise, it became clear that Trump was not the only supporter of “putting American interests first.” This development, in turn, established the limits of promoting American’s new global leadership with reference to those values – such as democracy. At the end of the day, it was the balance that Washington struck between interests and values, not authoritarian states like China and Russia, that undermine the “rules-based order.”

Going forward, all U.S. allies will have to create a balance between Washington’s interests and their own. In doing so, they must also carefully take into account the relations between China, Russia, the European Union, India and rising regional powers. In light of the above, Middle Eastern politicians had better understand that the only way to save their nations from poverty, terrorism, oppression and conflict is to create a regional order themselves.