Libya: From battlefield to political process 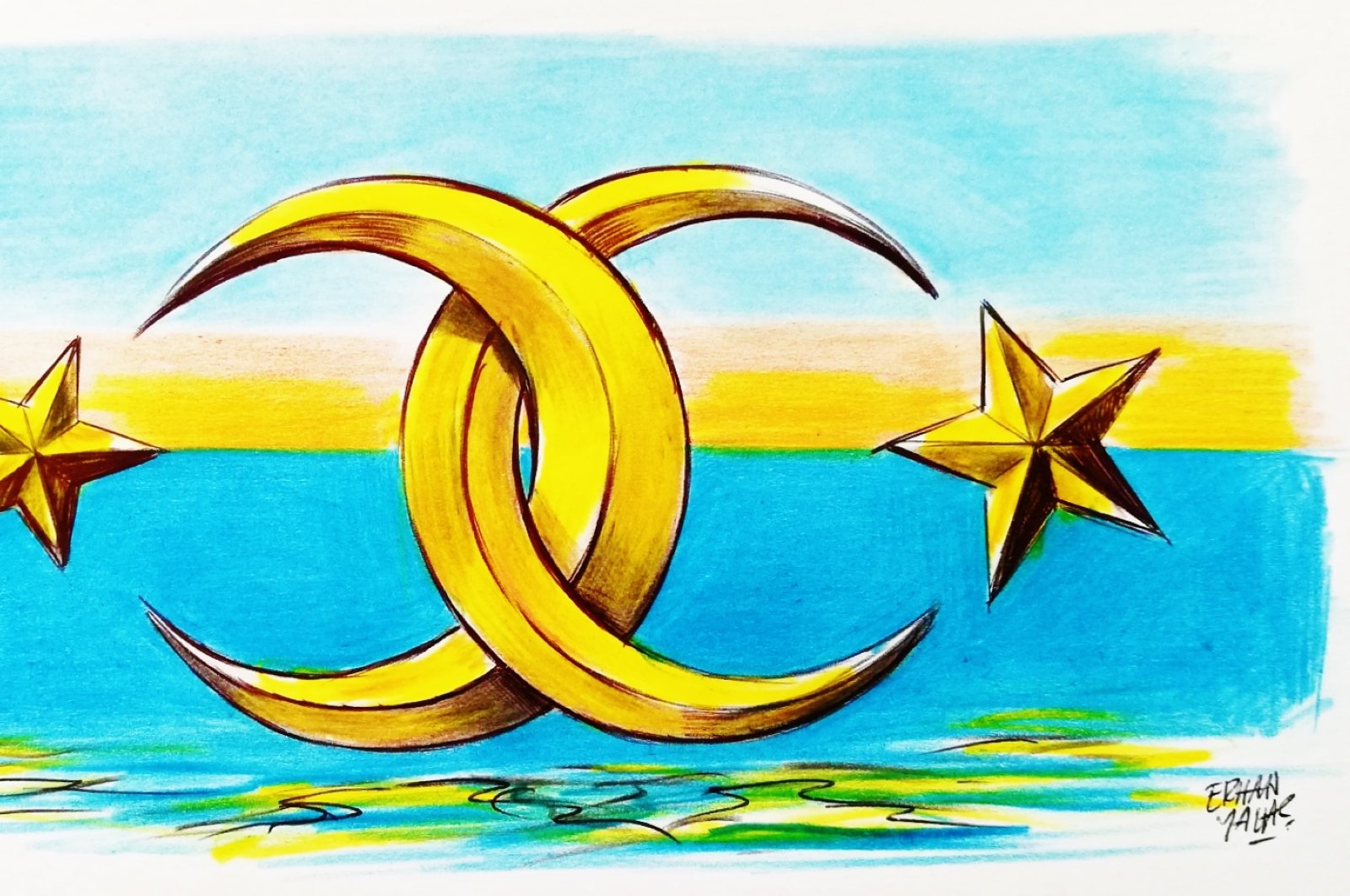 In Libya, the Government of National Accord's (GNA) forces continue to take control of critical locations around the country's capital Tripoli from militias loyal to warlord Khalifa Haftar. After the GNA's capture of the strategic al-Watiya air base two weeks ago, it managed to then take control of Tripoli International Airport. The seizure of the airport and the surrounding areas in the south and east of the city are critical achievements for the GNA. Haftar's forces are withdrawing to eastern and southern parts of the capital after their defeats. His militias also withdrew from Tarhuna, their last remaining stronghold in the western part of Libya. At the same time, a tacit agreement from the government's side was demonstrated as GNA troops did not attack the withdrawing forces. This handling of the Tarhuna withdrawal by the GNA and the pro-Haftar elements is a diplomatically promising step toward political talks.

Some cities and tribes that earlier declared loyalty to Haftar are now about to shift their commitments to the GNA. Egyptian, Emirati and Russian agents are struggling in the field to prevent the dissolution of the Haftar alliance and at the same time trying to slow down the GNA's progress. Cease-fire calls and diplomatic solution proposals from this coalition are not sincere, yet significantly, they retracted their military solution plans. They need some time to slow down Haftar's military smackdown and to formulate an alternative game plan.

Haftar's defeat will also fragment the international coalition that sponsored the renegade general. The Russian side will probably come up with a new plan, and they will play a more significant role in both diplomatic and military fields. They are aware of their limitations in the combat arena. Further Russian military presence in Libya will threaten NATO's southern flank and America's continental strategy as the United States Africa Command (AFRICOM) is closely monitoring Moscow's activism in Libya. According to Richard Norland, the American ambassador to Libya, "14 Russian jets are still at Jufra airport, but they were not used."

Russia wants to stay in the Libyan game but wants to find a more credible counterpart than Haftar. The presence of Russian jets is essential for Moscow to strengthen its position on the diplomatic front. Still, once they consider using them, they will be countered by a stronger coalition. There are rumors that Russian agents are trying to prop up Moammar Gadhafi's son, Saif al-Islam Gadhafi, as a political actor. In the meantime, Moscow will try to slow down the defeat of the Haftar coalition. Russia is contented to see deep cracks within the European Union and NATO on the Libya issue. Such divisions allow Moscow to play much bolder and more ambitious roles both in North Africa and elsewhere. The distractions in Washington due to protests and the election year will further encourage Moscow to play a riskier game in the region.

On the other hand, France is deeply worried that an agreement between Ankara and Moscow about the future of Libya may further sideline Paris' role in the Libyan context. "The worst scenario would be a Turkey-Russia deal imposing their conditions," an anonymous top French official noted. This is probably Paris' position on the subject for the moment as they are now pushing the U.N. and the European Union's diplomatic processes in Libya. They also want to prevent further advancements of GNA troops in the field. Despite all criticisms and warnings, Paris continues to play an unconstructive role in the country. More importantly, France also dragged the EU and a fractured NATO into its faulty plans for Libya. Paris' fiasco will also be costly for its diplomatic endeavors in North Africa and the Levant regions. Having abused the EU and blocked NATO's strategy, France now struggles to save face by taking a position in U.N.-sponsored international talks.

The Emiratis and Egyptians are more focused on damaging Turkish interests than formulating consistent policies in Libya, other than supporting putschist Gen. Haftar. Their irrational hostility and obsessive anti-Turkey stance lead them to make mistakes. All those errors are militarily and financially costly for the United Arab Emirates. It seems that Abu Dhabi will continue to try new tricks as part of its endless efforts to topple or to defame President Recep Tayyip Erdoğan. This time, however, Ankara is stronger, more motivated and better prepared to respond to Sheikh Mohammed bin Zayed al Nahyan's (MbZ) dirty tricks to destabilize Turkey and damage its strategic interests.

What is happening on the battlefield is affecting the political sphere as well. Fayez al-Sarraj, both the head of the Presidential Council of Libya and the country's prime minister, met Erdoğan at the presidential palace in Turkey on Thursday. The two leaders gave essential messages in their joint news conference. Solidarity and cooperation between Ankara and the GNA will continue with the same enthusiasm. Both the GNA and Ankara will continue to work to reach a permanent political solution to the ongoing civil war in Libya. In their news conference, Erdoğan said, "Countries supporting putschist Gen. Khalifa Haftar in Libya are the biggest obstacles that prevent the conflict-ravaged country from reaching peace and a political solution." Sarraj said: "We have taken all the areas near Tripoli under control as of today. This is a success for all of us." He added that he would not allow Haftar's participation in the next stages of negotiations. The two leaders' declarations emphasized that they do not want Haftar as a counterpart anymore. Yet, they highlighted the option of a negotiated diplomatic solution as their preference to keep the war-torn country united. Any serious political process between the GNA and Haftar will be critical to a sustainable political settlement in Libya. Domestic and international spoilers, however, will continue to threaten to undermine the legislative efforts.

There are a few obstacles to the diplomatic negotiations that could end the ongoing civil war in Libya. There is a consensus between Tripoli and Ankara that Haftar should be out of the game in Libya. His approach is aggressive and he dismissed his chance for a diplomatic solution. Haftar violated international norms and targeted Libyan civilians. His forces and mercenaries destroyed the civilian infrastructure of many pro-GNA cities and prevented oil sales. In the end, all he achieved was chaos and further polarization in the country.

A second significant obstacle is the foreign fighters and militias. All the mercenaries fighting with Haftar, including the Sudanese Janjaved, the Chadian militias, the Russian Wagner Group and the pro-Bashar Assad Syrian fighters, should be out of the country. More importantly, the coalition that tried to encircle and contain Turkey in the Eastern Mediterranean, namely Greece, the Greek Cypriot administration, Egypt, France, Jordan, Israel and the UAE, should stop threatening Ankara. The continuation of such a policy will only increase Turkey's military presence in the region and make Turkish diplomats more skeptical about political deals. Turkey considers its Eastern Mediterranean strategy as a holistic one and will be more rigid on the Libya issue if the anti-Turkey coalition continues to threaten its interests.

There are some promising developments on the diplomatic front as well. The U.N. mission in Libya announced that the rival factions had agreed to resume talks after a more than three-month suspension. With so many critical international players on the ground in Libya, the consensus among those actors is not the key indicator of a diplomatic solution. The process may be accelerated, however, with the new power configuration in the field. The civil war in Libya is much closer to a diplomatic solution than a month ago.