Macron: The bull in a China shop 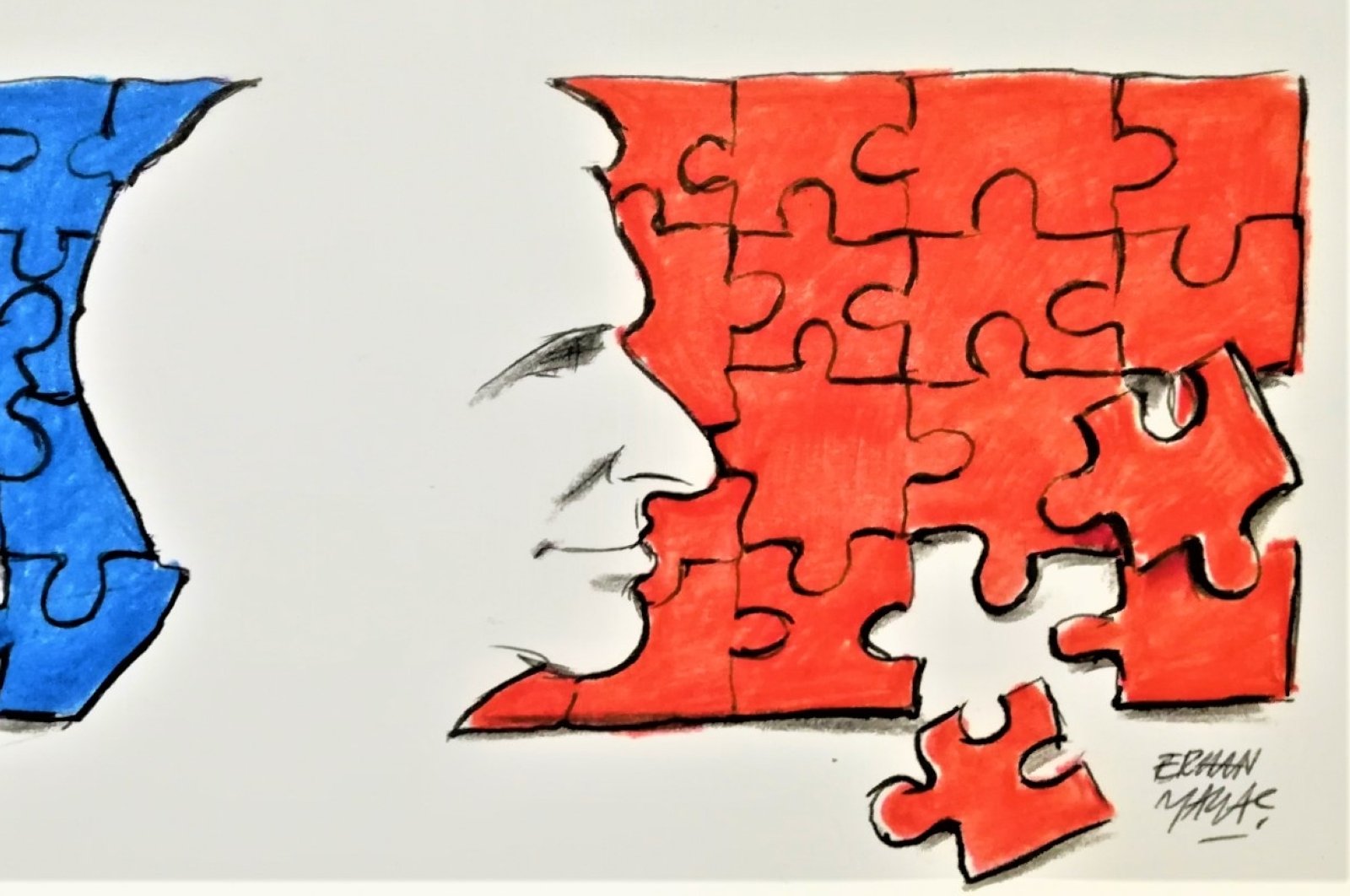 Where is France headed under the leadership of President Emmanuel Macron, who was elected in 2017 thanks to an alliance against far-right National Rally's (RN) Marine Le Pen?

Looking back at Macron's three years in power, the picture is not bright.

The yellow vest movement marked its second year on the street. Economic conditions are increasingly worsening in the country, leading to demonstrations, where 11 people were killed due to excessive use of force by the police.

The solution that the Macron administration has found in the face of this problem is simply genius. Or, as Prime Minister Jean Castex put it during the voting in Parliament, it is "excellent.”

Macron's law, passed by the National Assembly and waiting for Senate approval, stipulates that even municipalities will set up special troops to intervene in demonstrations. Moreover, it prohibits the photographing of police violence, which severed the hands of five people and blinded 30 people during the yellow vest protests alone.

Yes, you heard it right. Even photographing a policeman or gendarmerie, as they bludgeon a demonstrator in free France, is a crime with a penalty of one year in prison and fines of up to 45,000 euros ($53,472).

Of course, Macron is not in trouble with the economy and the yellow vest movement alone. The artificial debate the president initiated between the secular Republic and the Islamic community, in order to distract people, has got out of hand.

The pressure on France's 7 million Muslim citizens is reminiscent of a ticking time bomb. Moreover, Macron is constantly putting the clock forward with populist steps that are at odds with the spirit of the European Union.

Interior Minister Gerald Darmanin's threat that reminds us of Nazi Germany is proof the time bomb may blow up soon. Judging by the minister's statement, concerning the reaction of "foreign families" (I wonder what it means) to provocative cartoons of Prophet Muhammad, it is apparent that even objecting to something is considered a major crime in France. You heard it right, just objection.

Let's recall the words of the minister to see what kind of sanctions Macron's "Sixth Republic" stipulates for this crime: "If the one who has committed this crime is a foreigner, the judge will be able to ask him to leave the country."

The foreign policy of "the Jacobean Macron" makes internal governance more authoritarian as he is overwhelmed by economic problems. It also supports this anti-democratic perspective.

On top of following in the footsteps of former French President Nicolas Sarkozy in Libya and losing his entire sphere of influence to countries like Turkey, he is now seeking an adventure in the Caucasus. In the face of Azerbaijan, which recently liberated the Nagorno-Karabakh from a 30-year Armenian occupation, Macron supports Yerevan. Even after it was left alone by the Russians and its war crimes have been confirmed.

In a nutshell, Macron is making a hash of everything abroad, while wasting the resources of the French people.

It will no doubt be a surprise if these defeats further deepen the country's economic, political and social problems.

Let's see if the leftist Macron, who has gone even further toward the right-wing than Marine Le Pen, can pull a rabbit out of the hat for the elections in two years' time.