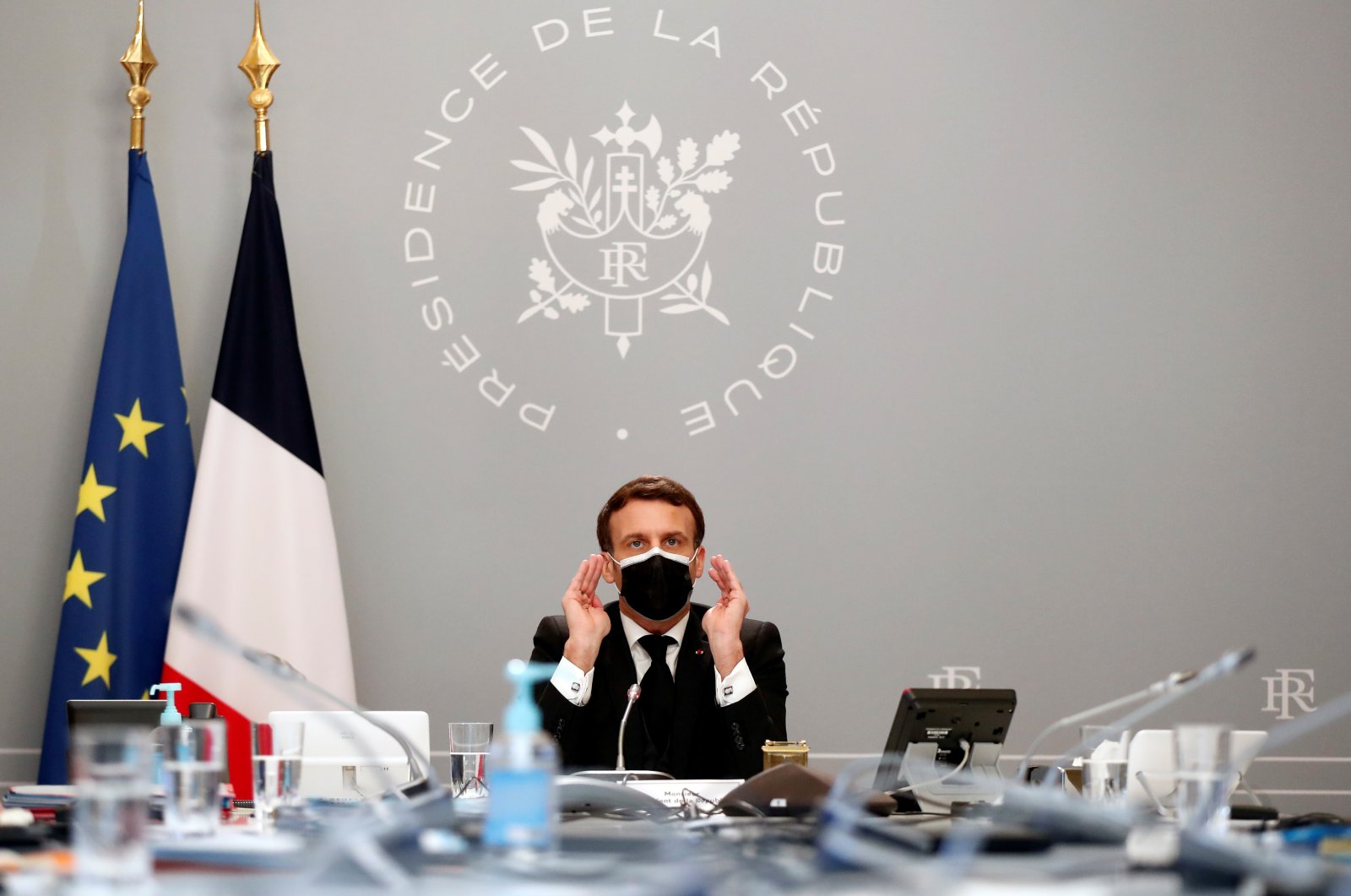 French President Emmanuel Macron is following the footsteps of former U.S. President Donald Trump. “Those who foolishly follow others’ footsteps don’t realize that the same end awaits them.” So, the Bible reminds these people that their hearts should turn from folly. Since the “President Burglar” is now acting as a divinity expert good enough to redesign a new major Abrahamic religion, he should know from where this reminder comes.

I should, though, tell you where the quotation, “President Burglar,” came from: “President Cambrioleur,” the title of a new book by Corinne Lhaik. (“Cambrioleur” is one of those multi-sense French words that could be translated to mean from "yegg" to "housebreaker," but it is used for the “high-class” thieves. Therefore, Amazon.com translates it as "burglar.")

Lhaik reveals Macron's hidden side, evokes his relationship with Brigitte Macron and tells us many other things. But most important of all revelations in the book is the fact that Macron knows that “the French don't know who I am.”

How could they? The editor-in-chief for politics and economy sections of the famous Paris Match magazine, Bruno Jeudy, writes that when you think he is a liberal, he starts speaking about nationalization projects; when you start thinking that he is a globalist, he embraces the ideas of Jean-Pierre Chevenement, the co-founder of the Socialist Party (PS).

You think he is in love with Michel Rocard, the former socialist President Francois Mitterrand’s prime minister; then, he starts admiring Jacobins of the French Revolution, the forefathers of statism.

Jeudy calls Macron “the champion of ‘en meme temps’” because he starts defending quite an opposite idea in the middle of a speech bridging it with “en meme temps” (at the same time); he easily “vole” (flies – that is a nice way of saying "pirating" others' ideas), easily “traveling roads traversed by others.”

In all the niceties of the French language, Jeudy calls Macron “The Arsene Lupin (a fictional gentleman burglar and master of disguise created by French novelist Maurice Leblanc in 1900s) of Fifth Republic.”

For the last four years, Jeudy says, Macron was known as a “seducer, transgressive, solitary, authoritarian and narcissistic” who was afraid of journalists, but after the publication of Lhaik’s book, Macron cannot complain that “the French don’t know him” anymore, for everybody will discover him as a “thief of ideas,” as someone who conquered Elysee Palace without any original ideas and promising nothing, but simply plagiarized others.

Bob Woodward, in his book titled “Fear: Trump in the White House,” writes that it was Trump himself who was surprised most when he won the election in 2016. He was so sure that he was going to lose the election he ordered his personal staff to be in Florida on election night.

Neither was Macron expecting to be in the second tour. But thanks to the infighting among the right groups, he got enough votes to be in the runoff election against Marine Le Pen of the far-right National Front.

No French people in their sane minds would like to see a Le Pen in the Elysee Palace, so, we learn from Lhaik’s book that Macron’s political movement “En Marche!” won without any original idea of his own.

Lhaik’s “President Cambrioleur” documents all the ideas, programs and blueprints that "Monsieur Burglar" pilfered from others.

We learn from the book that he knows that his chances for a second term are hostage to developments in the right circles.

To win the hearts and minds of the right front, he simply juggles prime ministers: Paris Match’s Jeudy writes that Macron recently replaced Philippe the Jupeeiste with sarko-filloniste Castex. Thus, he is signaling that he is moving from the Republican President Alain Juppe to further right to Nicolas Sarkozy.

Additionally, Lhaik documents that Macron owes mostly to Sarkozy in his speeches. For her book, Lhaik interviewed more than a hundred actors of “Macronie,” (a term that designates Macron’s entourage, supporters and people in his “movement”), including Brigitte, his wife, who confided in the author that it is her wish not to see her husband run for reelection. But Jeudy thinks that Macron is not yet done with burglarizing.

I guess Macron intends this time to steal the Republicans’ thunder all together. We can see that he already started his campaign for a second term trying to look “plus royaliste que le roi” ("more royalist than the king").

Macron plans to ban Islam in France. Recently, his Interior Minister Gerald Darmanin viciously attacked far-right leader Marine Le Pen, saying that she was soft on Islam because she was not seeing Islam itself as a problem.

We’ll see if he can steal this election, too.