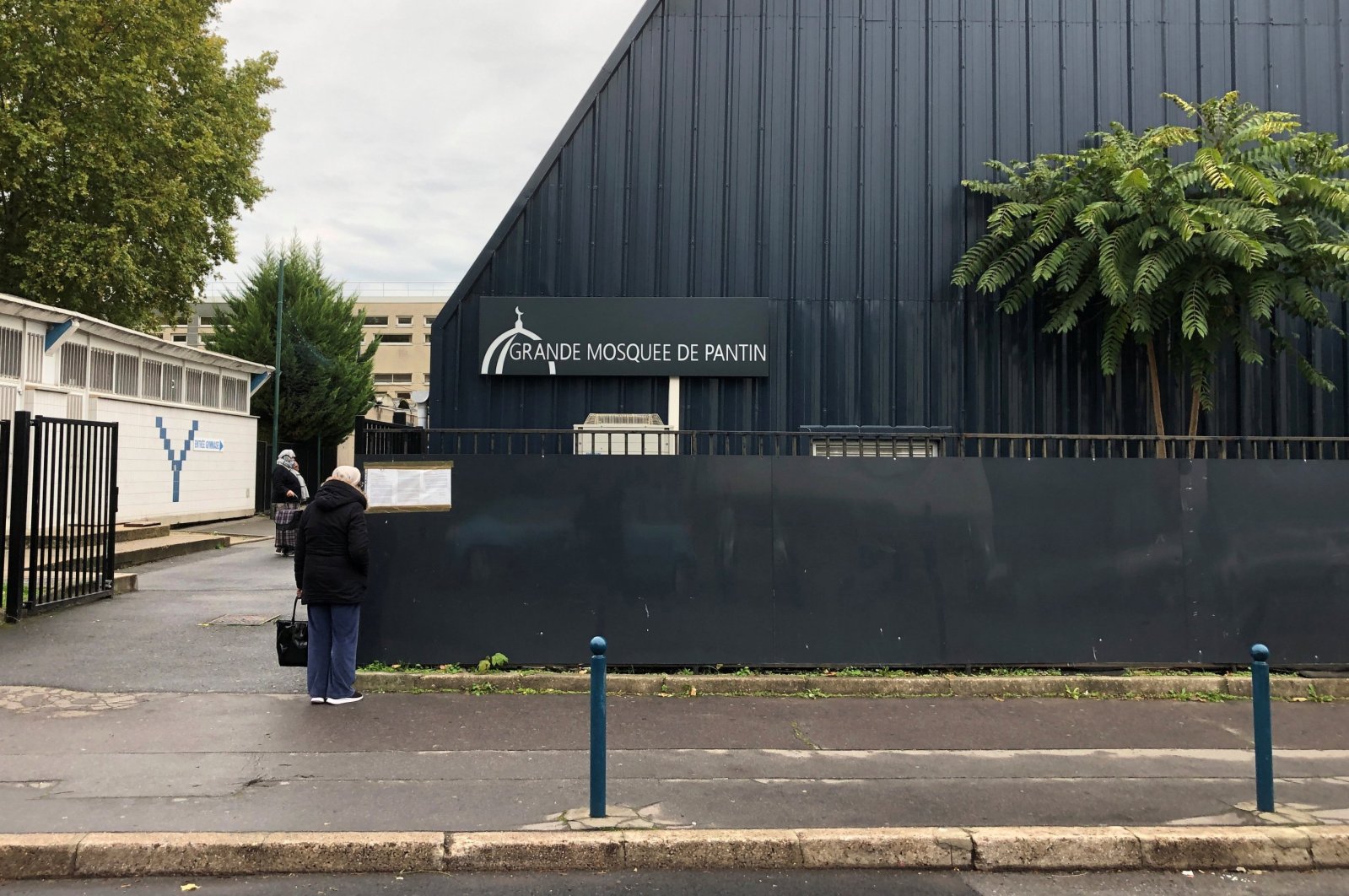 Citing the bill's marginalizing nature against Muslims and Islam, Turkish Muslim foundations in France refuse to sign the newly-established Islamic charter that aims to replace some Muslim values with the French ones

Turkish Muslim groups in France are determined not to sign, and thereby support, France's new anti-Muslim bill on the "charter of principles" of Islam until amendments are made.

Speaking to Anadolu Agency (AA), the chairperson of the Coordination Committee of Turkish Muslims in France (CCMTF), Ibrahim Alcı, said that they have been going through a tough period and pressure is coming from everywhere.

Although acknowledging that the plan for the establishment of a national imam council – which will control the appointment of imams based on their knowledge of religion, educational talents and personal qualities – is an important step, Alcı said that some anti-Muslim articles of the bill prevent them from signing it.

He said that other Muslim foundations in France also support them, adding: "Six hundred to 700 mosques and foundations back us. There are nearly 2,500 mosques in France."

As Alcı said, they delivered the results of their consultations with imams and Muslim foundations in France to the Interior Ministry and the French Council of Muslim Worship (CFCM). Alcı also condemned the bill's description of "French Islam," saying: "The Islamic religion, which is based on the Quran and sunnah, cannot be limited to any society and ideological discourse. Islam is a universal religion."

Alcı said he recently held a meeting with French Interior Minister Gerald Darmanin and expressed these views to him in private.

He noted that because they did not sign the bill, they faced a strong negative reaction from the media. "They see us as Islamist and terrorists," Alcı said.

However, as long as the bill maintains its anti-Muslim content, many Muslim foundations will not sign it, he said, adding that they will support it if it undergoes some amendments.

In January, a special commission in the French National Assembly approved the "charter of republican values" of Islam that was introduced last year by President Emmanuel Macron as part of the fight against "separatism." The bill was announced on Oct. 2 by Macron, who claimed that the law was needed in order to fight so-called Islamic "separatism," prompting criticism and rejection from the Muslim community.

The Turkish Foreign Ministry has slammed Macron’s “Islamic separatism” remarks for having a distorted approach and attempting to control migrant communities in Europe through the establishment of fabricated concepts.

The draft law is being criticized because it targets the Muslim community and imposes restrictions on almost every aspect of their lives. It provides for intervening in mosques and the associations responsible for the administration of mosques, as well as controlling the finances of associations and non-governmental organizations (NGOs) belonging to Muslims.

Last month, three organizations of the CFCM unilaterally denounced the charter. The three groups said the charter was approved without obtaining the full consensus of other integral components of the CFCM, including the regional and departmental councils and imams who will be affected by the decision. It cited that the Great Mosque of Saint-Denis de la Reunion, which is one of the founding components of the CFCM, has refused to sign this charter.

"We believe that certain passages and formulations of the submitted text are likely to weaken the bonds of trust between the Muslims of France and the nation. In addition, certain statements undermine the honor of Muslims, with an accusatory and marginalizing character," the CCMTF, the Millî Görüş Islamic Confederation (CMIG) and the Faith and Practice movement said in a joint statement.

They demanded amendments to the text of the 10-point charter which Macron helmed as a "foundational text for relations between the State, Islam and France."

'Process should be inclusive'

CMIG Chairperson Fatih Sarıkır also told the AA that the bill was prepared by the CFCM very quickly and presented to Macron.

"Since the beginning, we many times said that the chairs of mosque associations and imams must be included in the process and a regulation that can be adopted by everyone at the end of consultations must be prepared," he said.

Sarıkır said that the bill announced a French Islam and prepared the content accordingly. "The target population is not only imams but also all Muslims. It includes statements about how Muslims should be in France," he said.

"We will maintain a constructive attitude. We do not have any problems with French law. Our concern is about fighting for Muslims to live their beliefs," he added.

Some European countries, particularly France, have embraced a hostile stance against Muslims in recent years.

Macron said he would not prevent the publication of the cartoons under the pretext of freedom of speech. French Muslims, however, accused him of trying to repress their religion and legitimizing Islamophobia. Several Muslim-majority countries have condemned Macron's attitude toward Muslims and Islam. Multiple protests and boycotts against French products have taken place around the world following Macron's remarks, with critics claiming that the French president's government is exploiting the spate of violence to intensify his controversial anti-Muslim stance.

Turkey had strongly condemned Charlie Hebdo's decision to republish the cartoons, saying that the action “contains disrespect toward (Muslims) and the Prophet Muhammad.” Turkish Foreign Ministry spokesperson Hami Aksoy said in September that “it is not possible to justify this insult and disrespect toward Muslims by freedom of press, art or expression.” He also criticized Macron’s stance on the matter.

Austria tried to impose a similar bill; however, the government revised the controversial "anti-terror" law, using the phrase "religiously motivated extremism" instead of "political Islam," after negative reactions from the public.