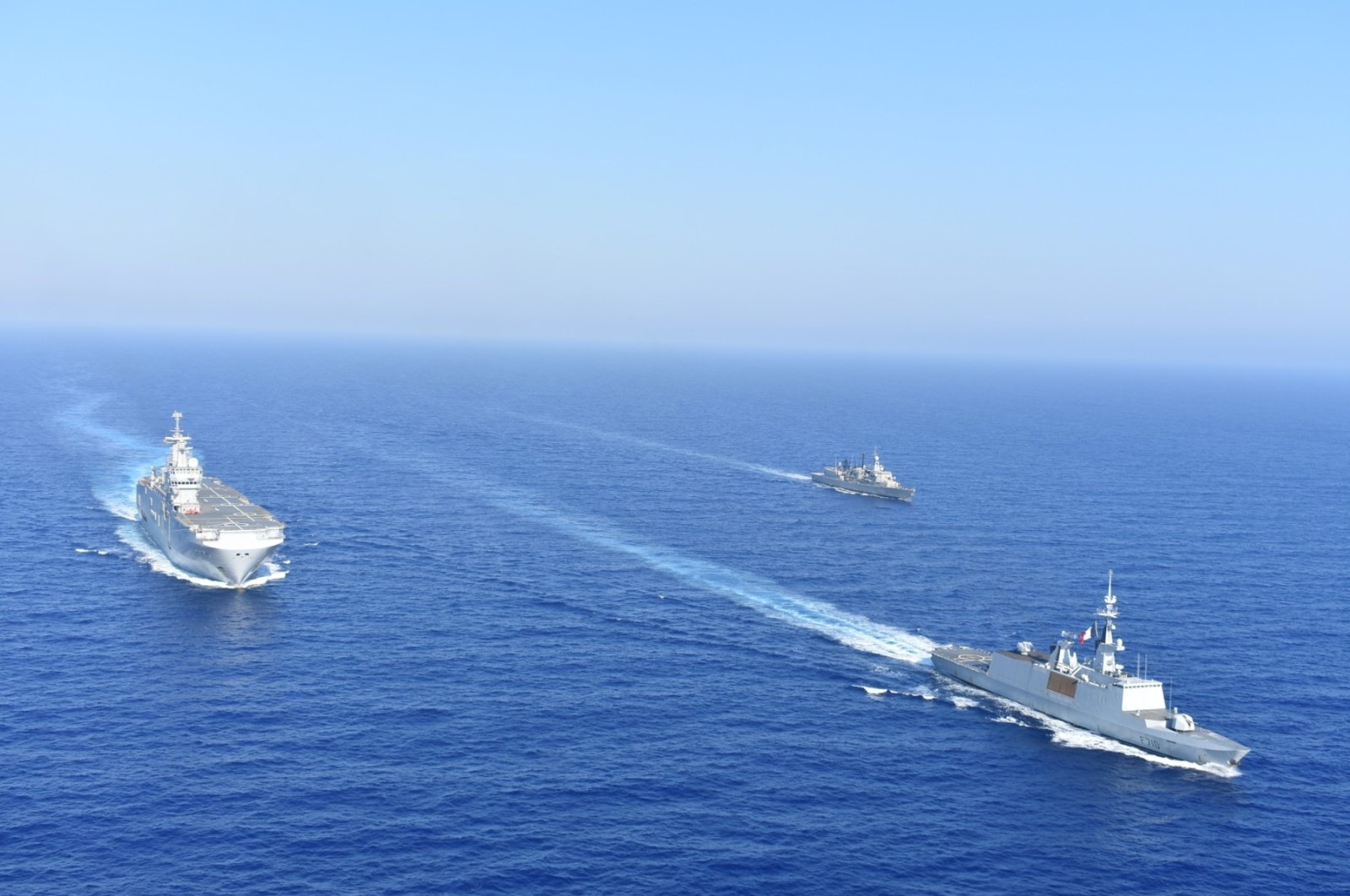 Greek and French vessels sail in formation during a joint military exercise in the Mediterranean, Aug.13, 2020. (Reuters Photo)
by Nagehan Alçı Aug 15, 2020 12:05 am
RECOMMENDED

The tension between Turkey and Greece has reached a boiling point in the Eastern Mediterranean and has now become a test for international actors' approach to justice.

Ankara is determined to find common ground for a solution, but Greece is stubborn, insisting its claim on naval territory is determined by islands located hundreds of kilometers from its mainland.

Athens is backed strongly by Paris, who ignores the rights of Turkey, Turkish Cypriots and Libya.

Despite Greece and France’s hostile attitude, President Recep Tayyip Erdoğan said Thursday that it is in both sides' interest to seek dialogue. He added that the Greek Cypriot administration and Greece are increasing tensions in the region by ignoring Turkey and Turkish Cypriots. He also called on the European Union to intervene in Greece’s actions; however, the EU seems far from objective at the moment.

Let me remind you of one of the most bizarre Greek claims.

It is against international law and of course against the national security of Turkey.

The tension is not new, but this time it began after a deal was signed between Greece and Egypt, ignoring the rights of Turkey and Libya.

Turkey announced on Aug. 10 that its vessel Oruç Reis would conduct seismic research in the Eastern Mediterranean.

It is important to stress that Turkey always tried to seek dialogue. When Germany got involved as a mediator in the problem, Ankara announced that it would postpone its activities in the region.

But despite that announcement, the deal was made, which was obviously a hostile move.

On Thursday, Erdoğan held a phone call with German Chancellor Angela Merkel about this issue in a bid to decrease the tension. On the other hand, French President Emmanuel Macron is deliberately fanning the flames of the confrontation.

I think Macron's actions are putting the stability and peace inside the EU and the region at risk. It was former French President Nicolas Sarkozy who, without informing the U.N., sent warships to Libya when the crisis started and again it is Macron’s France claiming authority over Libya’s destiny. It aligns with Greece, with Egypt, with any actor who helps its colonial dreams to come true.

I call it playing with fire.