Munch and the Spanish flu: The art of remembering pandemics 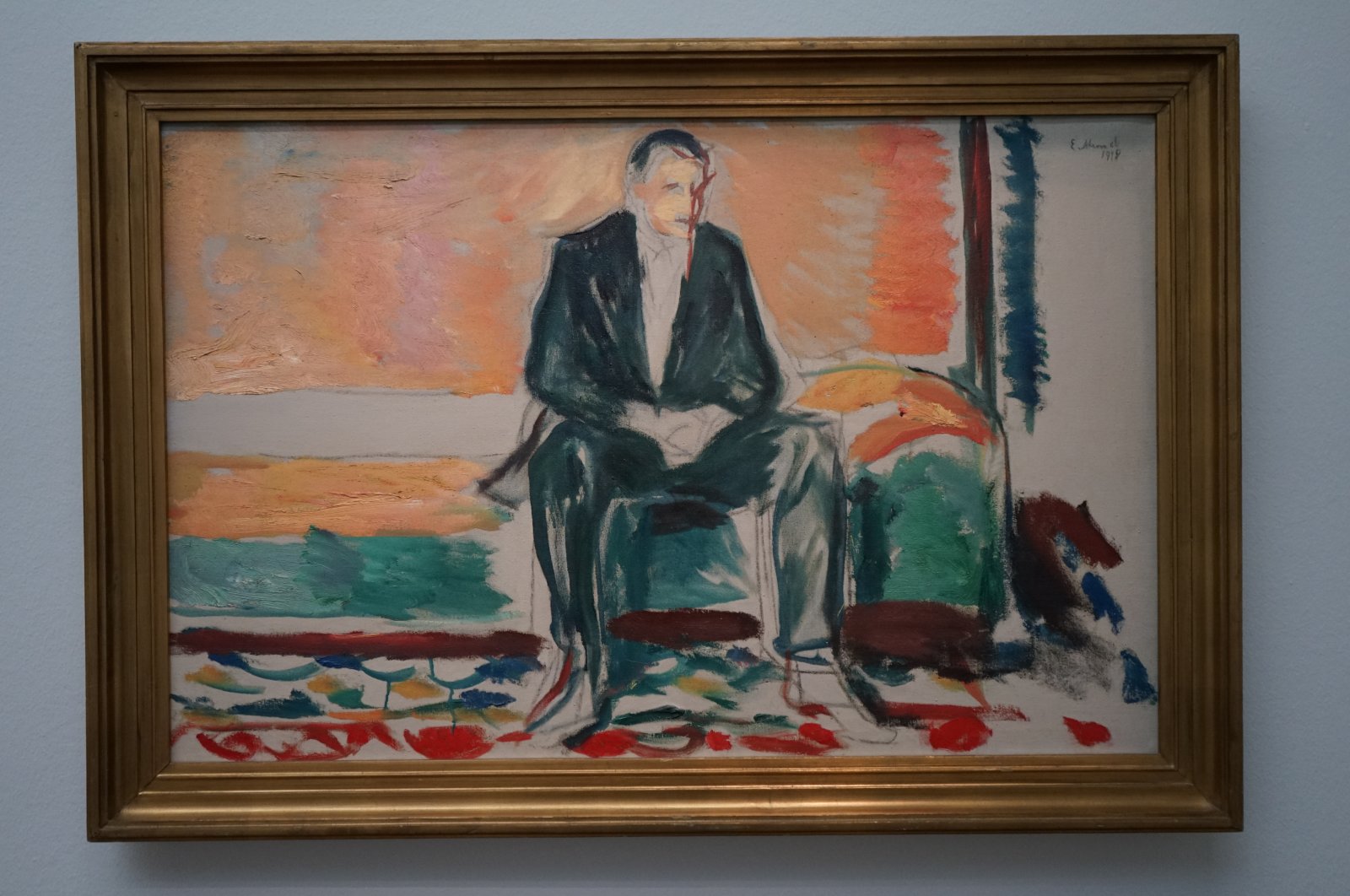 There is an ongoing global debate about whether the coronavirus outbreak will end up changing the world. Scholars have offered theories, scenarios and projections about the possible transformative impact of this pandemic on the international system, global economy, social rules and norms, domestic politics of countries and state-society relations around the world. There are even those who started comparing the coronavirus with previous pandemics and epidemics to see how influential the previous ones were. The SARS, MERS, Ebola, and H1N1 epidemics are most frequently used due to their timing and durations. These 20th-century epidemics, however, are not the only outbreaks that scholars use in their comparisons.

More recently, some scholars also started using the Spanish flu, which took place more than a hundred years ago, in their comparisons. It is considered the most deadly outbreak of modern times. Some scholars suggest that up to 100 million people died from the pandemic between 1918 and 1919. The flu infected more than 500 million people in approximately two years. It traumatized an entire generation. Many famous figures perished as a result of the pandemic, including German scholar Max Weber, Austrian painter Gustav Klimt and French poet Guillaume Apollinaire.

There were also some very prominent names who contracted the Spanish flu but survived, such as Woodrow Wilson, president of the United States at the time, Franklin Roosevelt, who would be elected president in 1932, Lloyd George, the prime minister of Britain, and prominent authors and artists, such as Franz Kafka and Georgia O’Keeffe and cartoonist Walt Disney. The extent of the outbreak and its impact led to the emergence of a lot of literature about the disease. Today, the material on the Spanish flu is being taken from archives and used in studies and comparisons to the coronavirus. Even visual material from 1918 is being repurposed in the coverage of the stories on the history of epidemics around the world.

The posters prepared by public health officials on the precautions that the public needs to take and the materials circulating on social media since the beginning of this outbreak show a vast collection of the photographs taken from the streets of New York, which is right now considered the epicenter of another pandemic, and hospital wards with people wearing many different types of masks. For instance, the first part of the Netflix documentary "Pandemic: How to Prevent an Outbreak," while telling the story of the 1918 flu, used some of these visual materials. In this period of the coronavirus pandemic, many were surprised to see a large set of similarities in the public psyche and social reaction.

Scale of the pandemic

Despite the enormous visual and written records about the flu, not much artwork depicts the human suffering in the fight against the outbreak. Witnesses and those touched by the epidemic might not want to remember or might not have closure about what happened in 1918 and 1919. Considering the scale of that pandemic, it can be easily said that there are not many people who kept themselves psychologically or physically distant from the impact of the Spanish flu. Despite the extent of it, however, not many artists or authors wanted to produce a cultural product out of it. For instance, although the period of its immediate aftermath is considered the “golden generation” in the U.S., its prominent representatives, like Ernest Hemingway and F. Scott Fitzgerald, did not make the flu a central theme of their works. There is only a small number of authors whose writing included details about the Spanish flu. These rare exceptions include parts of Willa Cather’s Pulitzer Prize-winning "One of Ours" and Thomas Wolfe’s "Look Homeward Angel." Without a doubt, the most prominent of these works is Katherine Anne Porter’s "Pale Horse, Pale Rider." Again, the amount of fiction created from the memory of the Spanish flu to this day remains very limited.

In addition, unlike the artistic works describing previous pandemics, such as Pieter Bruegel’s "Triumph of Death" and Arnold Bocklin’s "Plague" about the Plague in Europe, there are not many paintings depicting Spanish flu. Two exceptions include two European painters that lived through the Spanish flu and both of whom got sick as a result of it. Egon Schiele, an Austrian artist and the painter of "The Family," died as a result of the flu; whereas Edvard Munch, a Norwegian painter, survived.

Munch’s two works about the Spanish flu, "Self Portrait with the Spanish Flu" and "Self Portrait after the Spanish Flu," depict the artist’s representation of the horrific suffering as a result of the outbreak. Since his early years, death, sickness and melancholy were important subject matters for Munch. Partly as a result of losing family members at an early age to tuberculosis and partly as a result of his fragile health, Munch adopted these issues as the center of his most memorable paintings throughout his career. The dark settings in his paintings and characters reminiscent of the angel of death became the most significant characteristics of his works. People weeping at the bedside of a dying person and agony, pain and grief were common in the last part of his series called “The Frieze of Life.” When the Spanish flu hit Europe, he became one of the victims of this sickness. While still recovering from the flu, he painted his first painting, picturing himself sitting in an empty room on a chair next to his bed, wearing a robe. He looks pale, exhausted and, just like in his previous self-portraits, lonely. His exhausted face and open mouth remind us of the most frequently stated symptom of the Spanish flu, difficulty breathing. The second of these paintings shows a standing Munch. His posture is steady but not straight. From his face, we can see the despair and exhaustion that the disease generated. These two unique portrayals of himself during the Spanish flu differ from his earlier paintings on death and sickness. Despite the despair and pessimism that the disease generated, he did not put a skeleton arm or an angel of death to depict death in these pictures. Sickness, and its influence on his psychology, seem to overshadow the idea of life ending. Unlike some of his previous depictions of sickness in his portraits, in which he draws some of the sick person’s loved ones waiting with anxiety and fear, he depicts himself as the victim that has to endure this alone. Thus, for Munch, there is something different in the age of Spanish flu from “ordinary” sickness and death.

Unfortunately, we don’t have many of these artworks to use to understand the feelings that it created for artists regarding the Spanish flu. Many people question this willingness to forget and unwillingness to portray what happened in 1918 and 1919, when the horrific sickness was killing and scaring people around the world. There are even those who call the Spanish flu a “forgotten pandemic.” Despite the destruction, death and havoc it wreaked all over the globe, today not many people remember it. Laura Spinney, in her book on the Spanish flu, underlined the collective forgetting. According to her: “The Spanish flu is remembered personally, not collectively. Not as a historical disaster, but as millions of discrete, private tragedies.” People just preferred to forget about it. It has become a footnote of World War I.

It will be interesting to see how the days of the coronavirus will be remembered by artists and authors. The presence of social media and the relatively wider availability of some mediums, including cameras and video, provides a very large reservoir of visual products for future generations. Most of these materials comprise empty versions of the most crowded centers and squares of our cities, apocalyptic scenes of abandoned streets, long shopping lines of people wearing masks and “socially distancing” from each other in front of grocery stores, pictures of hospitals overwhelmed with sick people and the daunting images of bodies in body bags, on stretchers and in coffins. They are so visible in the media that it is almost impossible not to run into them. The stories of those who lost a loved one without being able to say a proper farewell have been circulating in the news every night. It will be more interesting, however, to see how artists and authors will depict these days in the future. Will we prefer to keep it private, or are we going to have a large body of artwork describing the universal pain, suffering, fear and death that the coronavirus pandemic brought?

As the number of infections and deaths rise, every major news network dedicated a counselor or psychologist to provide support for people to handle these days of “isolation,” anxiety and fear. After countries succeed in flattening the curve in the numbers of those infected, we will see how we end up thinking about these days and how artists and writers chronicle the days of the coronavirus. We already have code words to remember these days: “social distancing,” “isolation,” “self-quarantine,” “ventilators,” “N95 masks,” “travel restrictions,” “stay at home orders” and “mobile mortuaries.” These are in addition to medications that nobody can spell or pronounce but everybody talks about, a city called Wuhan that nobody can point out on a map but everybody knows what it represents, and a disease that reminds everyone about sickness and death.