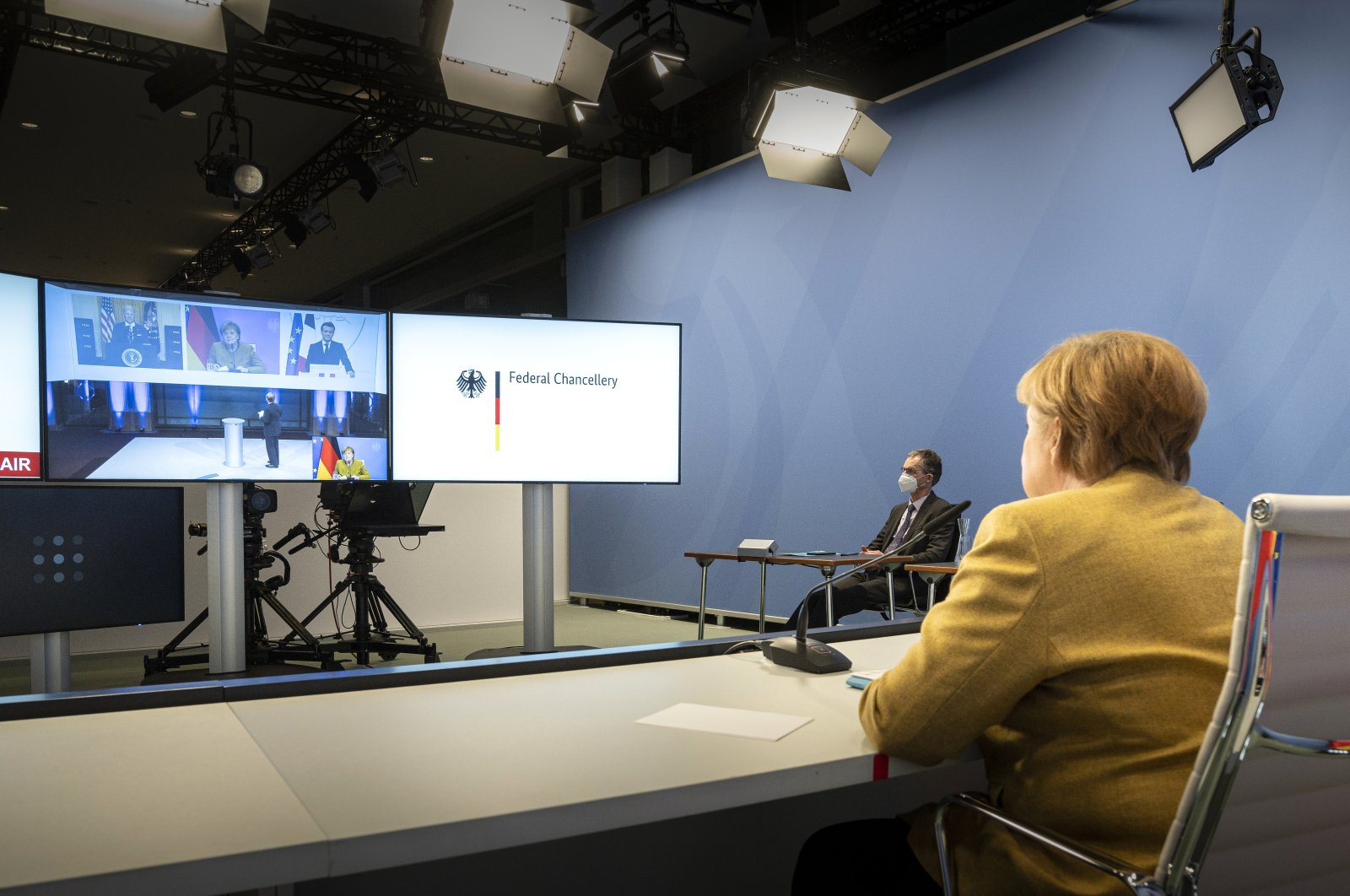 The Munich Security Conference (MSC) is one of the most important events that bring leaders worldwide together to discuss the challenges of global security.

Every year, the MSC publishes the Munich Security Report, which underlines the critical trends in global security.

This year's report was titled "Polypandemic," and the coronavirus pandemic's multidimensional aspects were meticulously examined.

Last year's provoking theme "Westlessness" portrayed a post-Western global order/disorder and urged international actors to cooperate more to address the challenges that could emerge due to the vacuum left by the weakening trans-Atlantic commitments.

This year, like the year before, the MSC was organized online. The format was compatible with the spirit of the time and the pandemic conditions.

The most critical MSC activity was the address of U.S. President Joe Biden. He was no stranger to the MSC, having also participated in the forum as a senator and as a vice president.

After four years of Donald Trump's presidency in the U.S. and after an era of "America first" foreign policy, the messages Trump would convey gained meaning.

The future of the trans-Atlantic alliance and multilateralism was at stake after its dramatic decline during the Trump presidency.

As expected, Biden issued strong messages to European partners and allies that signaled the return of the U.S. as the leading actor of global diplomacy and the leader of the Western alliance.

The old-fashioned message of "leader of the free world" did not generate the same enthusiasm that it used to. This is mainly due to the new challenges the world is facing due to the pandemic.

Rising Chinese influence and the unpredictability due to the pandemic's possible consequences were the elephants in the room.

The perspectives mentioned and promoted at the MSC often represent the more specific view of the trans-Atlantic partners.

Shared themes highlighted by Biden and European leaders were:

However, these generic messages mean little if key stakeholders do not take more concrete steps to deal with them.

The pandemic's consequences will disproportionately hit populations in underdeveloped countries. The pandemic has already affected people in war-torn populations in Yemen, Syria, Afghanistan, Somalia and the countries without health infrastructure.

The ideas of multilateralism and global solidarity were even insufficient to overcome cooperation problems between EU member countries. The U.S.' approach to deal with the pandemic was equally disappointing.

Biden's decision to return the U.S. to the Paris climate agreement, the return to the World Health Organization (WHO), the U.N. Human Rights Council's (OHCHR) participation, the extension of the new Strategic Arms Reduction Treaty (START) agreement and the willingness to restart the Iran nuclear agreement were the right steps toward more multilateral cooperation.

To address the mounting crises, global leaders need to find more creative and more inclusive approaches. No concrete framework was mentioned to support the developing countries.

There was an overall consensus that the underdeveloped countries of Africa and Asia need to be helped and that their instability may affect the security and stability of the entire world. Yet, no solid policy framework has been agreed upon by the important actors.

In reality, Biden's messages signaled an ideological battle that pits the idea of a "league of democracies" against "rising authoritarian powers."

Biden promises to promote the liberal form of multilateralism and expects other international stakeholders to commit to this idea.

Merkel also supported the idea of strengthening trans-Atlantic cooperation and finding a common approach in dealing with China and Russia's challenges.

It is not clear whether Biden's message at the MSC is tailored for European stakeholders who were unhappy about Trump's selfish policies or whether Biden's statement targeted China, Russia and other actors trying to expand their influence over the vacuum left during Trump's presidency.

Either way, both Moscow and Beijing are irked after being targeted by Biden's bold statements.

Maybe the message was addressing the actors that warmed up to China and Russia in the last couple of years.

European leaders applauded Biden's statements with caution; whereas Moscow, Beijing and Trump's autocratic friends worried about the change of discourse in Washington.

In the coming months, the vaccines, medical infrastructure, economic recovery plans, development aid and the challenges generated by increasing global unemployment will dominate the agenda of international politics.

Whoever meets these challenges with better competence and fewer strings attached will have more chances of being more influential actors in world politics.

Multilateralism is the firm answer to the difficulties caused by the pandemic, but the ideological content of the "trans-Atlantic call" mentioned by American and European leadership is quite old-fashioned.

The exclusion of key stakeholders that do not believe in liberal values and democracy will reduce the chances of overcoming the problems generated by the pandemic.