My money is, yet again, on Trump 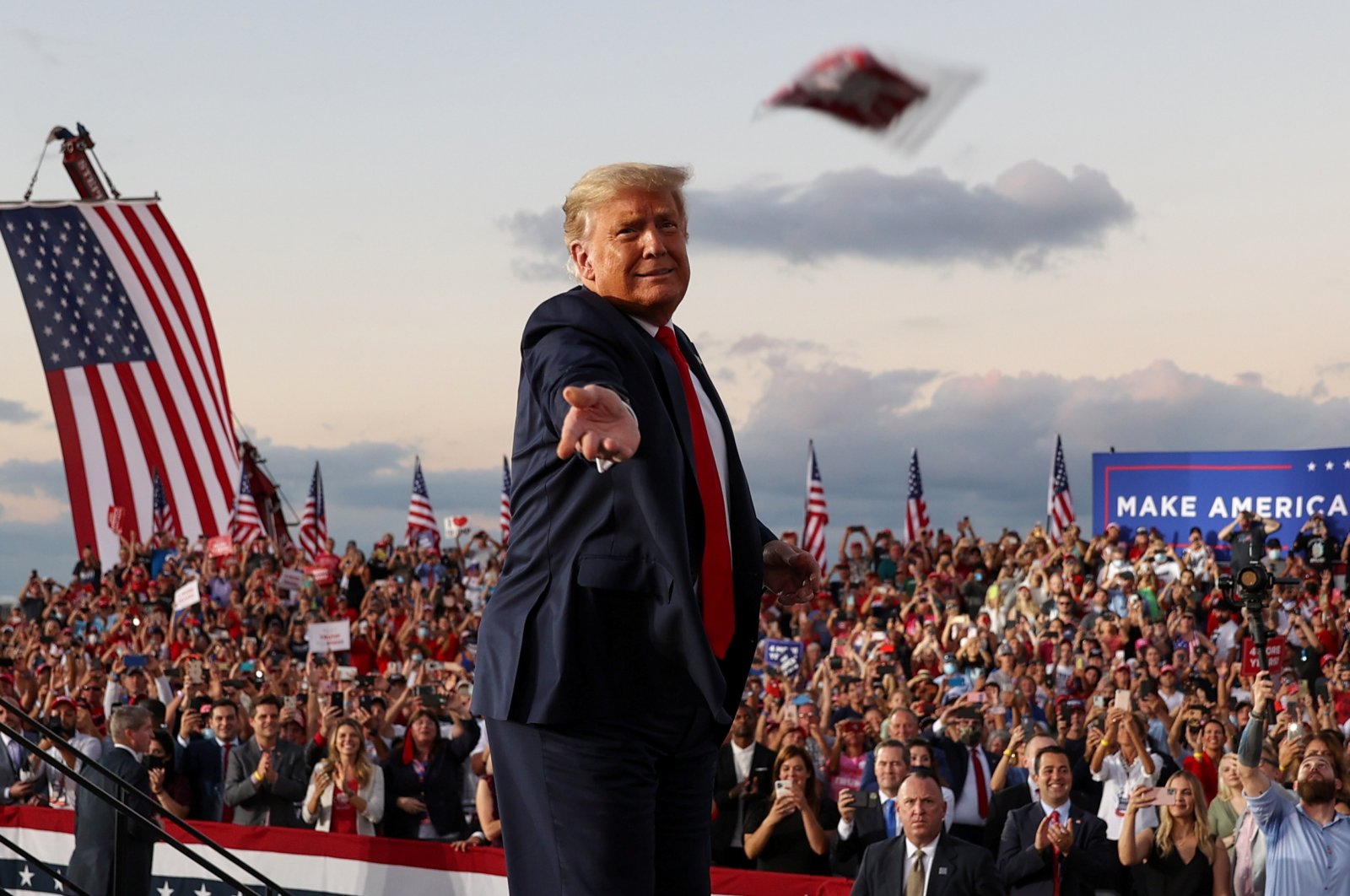 This is my third and hopefully the last declaration of putting my two cents or whatever it is worth on Donald Trump. Why am I doing this? Is he the best candidate? No. Is he the most benevolent U.S. politician for Turkey or the Islamic geography? Of course, not. Is he any good for any of the causes I support, like protecting the environment, clearing student loans, reforming the U.N. system to support the whole world and not only the five czars of the post-World War II order? Oh, yeah! Ask the Palestinians on the brink of mass-poverty or the whales committing mass-suicide. Then why am I risking my money (and journalism-related assets), again hoping, nay, predicting a Trump victory?

Arthur Neville Chamberlain, lord mayor of Birmingham, chancellor of the Exchequer and finally British prime minister from 1937 to 1940, had said, according to the Times, in a speech at Kettering University, while Hitler's army marched into Czechoslovakia, continuing Nazi Germany's aggressive offensive, that "There are no winners in war, but losers." Political wars, especially those like the one going on in the U.S., right now, are just like the military ones: they have no winners, but the side whose losses are less than the other is declared the winner. Look at the 2016 election: The Clinton side won more popular votes but not enough electoral votes; they declared Trump the winner. This is a universal truth not only in the U.S. but almost all over the democratic world.

In his last two trials, in 1988 and 2008, the Democratic hopeful Joe Biden had left people in the primaries and caucuses with what they call the Hobson's choice: there was only the other candidate as the real choice. People made Democratic Gov. Michael Dukakis of Massachusetts and former President Barack Obama, the junior U.S. senator from Illinois, their party candidates. The Democratic Party elders thought that African-American Obama should have been "balanced" with a White partner; so, Biden would be seeing the White House from inside for the next eight years. Obama won, not because his ticket with Biden was a winning ticket, but the Republican ticket of John McCain, the senior Senator from Arizona and Sarah Palin, the governor of Alaska, had Chinaman's chance as Americans were busy proving that there was no anti-black racism in the U.S.

If you look at the history of primaries in the country, you’ll discover that whenever a sitting president is assumed to continue sitting there, the rival side usually wouldn't push their strong contender into the field. The sign that the rival party thinks the rerunning president would win easily is the number of hopefuls in the first primary of the party. A record-breaking 29 major candidates vied for the Democratic nomination this year. Sen. Bernie Sanders was also seeking the nomination again after his loss in the 2016 primaries. Other notable candidates include Sen. Elizabeth Warren, former Mayor Michael Bloomberg, Sen. Amy Klobuchar and former Mayor Pete Buttigieg. They ended up with a 77-year-old Biden.

Now Trump keeps mocking Biden at rallies, calling him names, making fun of his face masks. As a matter of fact, it is not Biden but his ticket-mate, Kamala Harris – an attorney who has served as the U.S. senator from California – who puts on the proverbial political pants on that ticket. She is the one who really articulates the policies that they will implement.

It is exactly those policies that will make Trump win the coming elections. A "Sleepy Joe" or a guy who cannot raise his hand, a person who thinks he is running for the U.S. Senate, or the alleged millions Hunter, Biden's son, is milking for an "introduction only" from the international leaders, is not going to turn the U.S. public off.

But it is the policies that Democratic Party volunteers in the Ivy League colleges have been developing that will not be selected by the general U.S. public. I have seen U.S. flags in front of homes which are larger than the Olympic-size banners decorating the U.S. Capitol. The owners of those houses are not going to vote for someone who has been supported by those who take a knee and still claim to be loyal to the constitution, who destroy the innocent peoples’ businesses and call it "enjoying the basic human right of protesting." Everyone knows that as soon as they have the majority in both houses, Democrats are going to pack the supreme court to kill the Trump majority whether Biden or Harris accept or deny that. This is the whispering campaign that is going on.

The Americans are not going to take it at all and that will make the Biden-Harris ticket lose, which means the other side will win.