Normalization in the Gulf and Turkey’s agenda 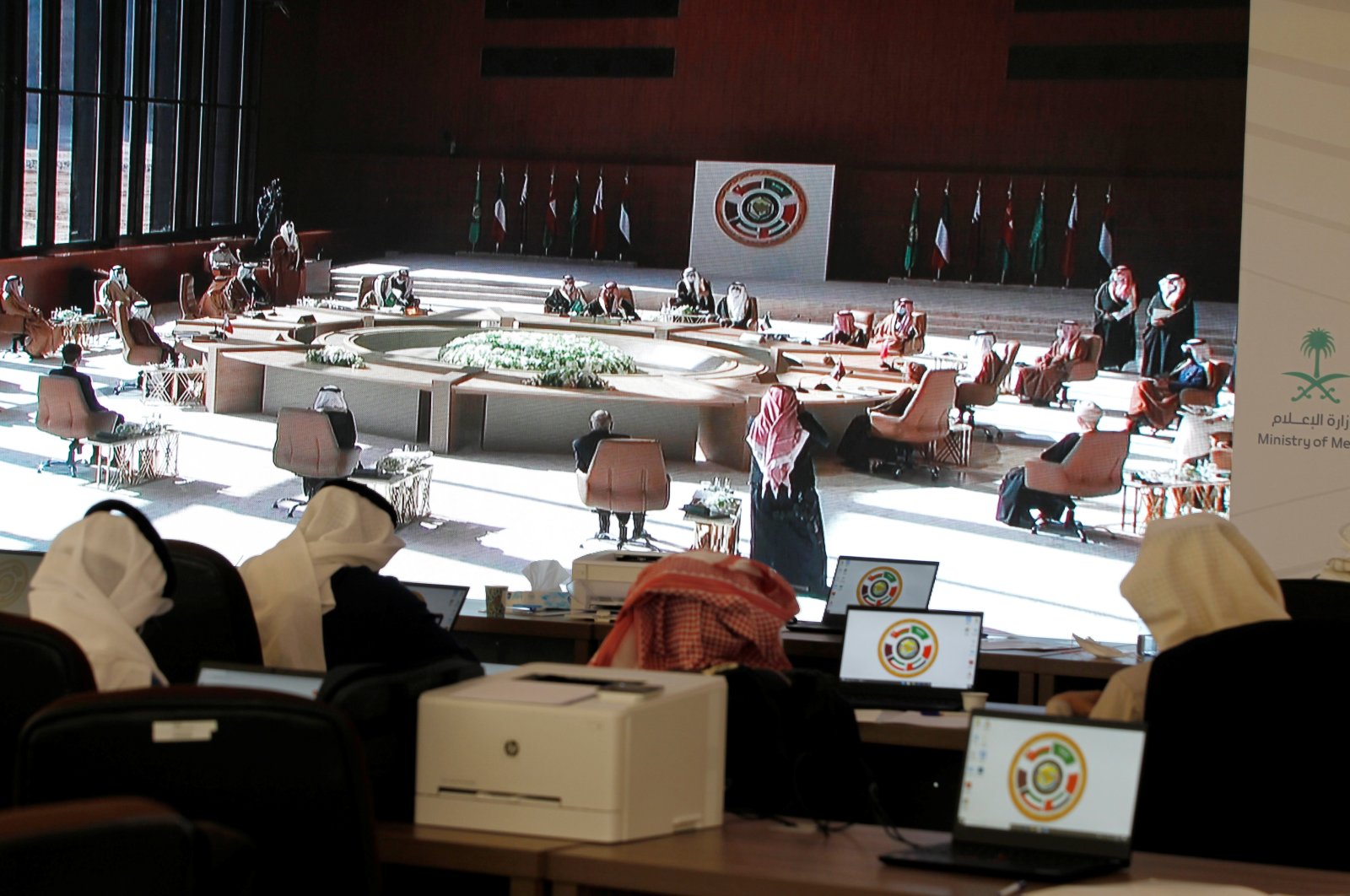 The Qatar blockade, also known as the Gulf crisis, broke out in 2017 due to the aggressive attitude of the "alliance of the globe" toward the country. The alliance was established by U.S. President Donald Trump during his first official visit to Saudi Arabia.

Trump suspended his predecessor Barack Obama's normalization process with Iran and adopted a strict anti-Iranian, pro-Israeli policy in the region.

As Trump acted with an Israel-centered mentality, he began to take measures against all actors that Israel has otherized, such as Iran and Turkey.

Accordingly, he asked the Gulf countries to normalize relations with Israel which ultimately came to fruition in the last year of his presidency.

Trump has encouraged the Gulf countries to take punitive measures against Qatar, which has been following a relatively more independent regional policy and supporting the forces of change, like the Muslim Brotherhood and Nahda, in the region.

Subsequently, the United Arab Emirates (UAE), Saudi Arabia, Bahrain and Egypt moved against Qatar. They wanted to change Qatar's regional perspective and declared that if the demands were not met, they would impose a blockade on Doha.

They put a list of 13 demands for Qatar in June 2017, including heavy and unacceptable conditions such as expelling any Muslim Brotherhood leaders living in the country, closing the Al Jazeera television network and shutting down the Turkish military base in Qatar.

When Qatar rejected these terms, the Gulf states tried to change the administration in Doha, but they were not successful.

The four states eventually imposed the embargo on Qatar and put it in a difficult situation. However, Turkey was quick to come to Qatar's aid, helping the country relieve and resist the pressure.

Turkey and Qatar, who have established a strategic partnership, complement one another in the region. Since this partnership, the two countries came face to face with the "alliance of the globe" in almost every regional crisis – in Syria, Palestine, Somalia, Libya and the Eastern Mediterranean.

However, the "alliance of the globe," sponsored by Israel and the Trump administration, entered a troubled period after Joe Biden won the 2020 American presidential elections. Thereupon, it had to restructure its regional policies.

At least two important changes seem inevitable under the Biden administration. First, Biden had already declared before the election that he wants to normalize U.S. relations with Iran.

The normalization of U.S. relations with Iran is a source of concern for Israel and its allies in the Gulf.

Second, the governments of Israel, the UAE, Saudi Arabia and Egypt, which generally follow unlawful policy, will have to be quite careful during the Biden presidency.

Some of these states will be held responsible for some of their unlawful policies. For example, a high cost may be incurred on the Saudi Crown Prince Mohammed bin Salman (MBS) for his role in the assassination of Saudi journalist Jamal Khashoggi in Riyadh's consulate building in Istanbul, and the humanitarian crisis in Yemen.

Therefore, the Gulf states had to take some measures against these possible developments.

In this context, they wanted to reunite the Gulf by resolving the crisis among the Gulf Cooperation Council (GCC) members. Saudi Arabia responded positively to the calls for normalization and decided to mend its relations with Qatar.

After convincing other Gulf countries as well, an agreement was signed at the 41st GCC summit meeting held in the city of al-Ula, Saudi Arabia, on Jan. 5.

Within the framework of the agreement, Saudi Arabia, the UAE and Bahrain have opened their land, air and sea borders with Qatar, thus ending the blockade.

The agreement has implied that the demands made by the other Gulf states from Qatar were meaningless.

In other words, the agreement can be considered a victory for Qatar, because it resolved the crisis without changing the Qatari stance. That is, the alliance of the globe has stepped back.

Turkey has played a major role in invalidating the embargo. Especially, in the early hours of the crisis, the Turkish government played a great role by providing support in assuring food supply security, initiating direct maritime transportation between the two countries and deploying more troops to Qatar, after swiftly ratifying an international agreement pending in the Turkish Grand National Assembly.

For Turkey, the normalization in the Gulf and its impact push the following points to the forefront.

First of all, Turkey is pleased with the termination of the unjust embargo on Qatar. Simply put, Qatar's interest is in the interest of Turkey as well.

Ankara, of course, wants its strategic partner to be in a more comfortable position. Thus, the end of the crisis will have a positive impact on Turkey.

In fact, Turkey has played a major role in ending the crisis by standing beside Qatar from the beginning to the end.

Turkey expects to improve its relations with the three other Gulf states as well. Improving relations between the two sides will contribute to the solution of various regional problems.

Indeed, according to a statement a Foreign Ministry statement, Turkey is ready to make the necessary effort to fix its relations with the GCC, with who it previously shared a strategic partnership.

Third, as one of the largest and effective powers in the Middle East, Turkey intends to develop its relations with all regional countries and maintain good ties with all sides.

It wants to play a positive and constructive role in regional politics and thus it needs to keep dialogue channels open with all states.

Therefore, Turkey has to overcome these challenges and itself from all traps. Turkey wants to contribute to any development that will contribute to the formation of a stable and peaceful atmosphere.

As a result, due to many political, economic and cultural reasons, Turkey has to look beyond the short-term tensions and improve its relations with the Gulf states.

However, this positive approach needs to be echoed by the Gulf states. Anti-Turkey policies pursued by the alliance of the globe in the Middle East, the Horn of Africa and the Eastern Mediterranean prevent the normalization of ties between Turkey and the alliance.

One should not forget that the UAE and Saudi Arabia continue to conduct joint military exercises with Greece in the Eastern Mediterranean, have close relations with the Bashar Assad regime in Syria and support putschist Gen. Khalifa Haftar in Libya.

They have been trying to mobilize anti-Turkish power centers in the Western world and join the efforts to contain Turkey in the region. Thus, it is necessary that the alliance of the globe changes its perception of Turkey and bring an end to its anti-Turkey stance.