Peace on earth and goodwill to all men 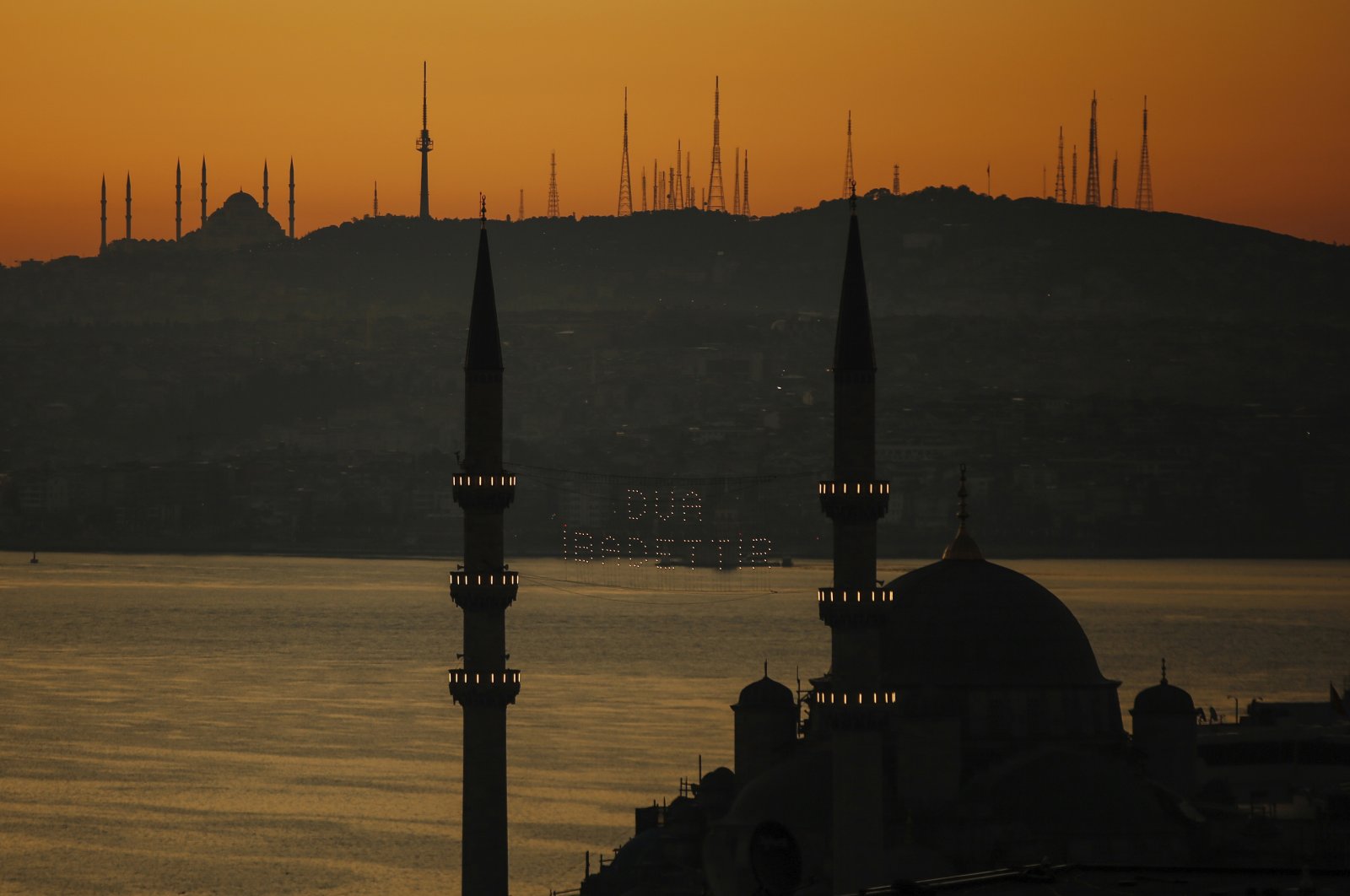 Istanbul’s historic Süleymaniye Mosque seen with a traditional roof ridge reading “Prayer is worship” and the Bosporus seen at dusk, May 24, 2020. (AP Photo)
by Hakkı Öcal May 27, 2020 12:05 am
RECOMMENDED

Years ago, designing a spiritual message for an international corporation, a group of us tried to concoct a list of the days people celebrate. It was supposed to be a quick list slapped together, but it took almost a month to compile, check and recheck, to make sure it was not offensive to anyone. An exhaustive list could definitely leave some people out; therefore we should stick with major days, then what are the major faiths whose celebrations could be included without fear? What about the major sects within those major faiths? What about events spanning over two or sometimes even three days? Should “mawlid” – the day of Prophet Muhammad's birth – be on that list? If Hanukkah is going to be on that list, some of our African-American colleagues insisted that Kwanza should be as well. Mind you, it was the early 1990s, and even most of our African friends would look puzzled when you said, “Happy Kwanza.” “Happy what?” would be their usual response. Speaking of Hanukkah, the correct word in Hebrew was “Chanuka,” and it was feminine. You should not say “Chanuka Sameach” because Sameach was the masculine form; you would be better off saying, “Chag Chanuka Sameach.”

For Muslims it was similarly difficult: “Eid Mubarak,” “Eid Mebruk” or “Happy Eid”? What about Persians? Well they are familiar with “Eid” and “Mubarak.” Don’t even mention Turks. They have traditional and modern wishes for the holidays. Asian Muslims refer to it in their respective vernaculars. We cannot possibly cover them all.

So this was the solution: Wish the most widely wished spiritual message for the people of all faiths and hope to spread goodwill to all and wish for peace on earth, because as a good friend summarized: Love is at the heart of the holidays; simply say “We love you.”

It is Eid for Muslims; not so long ago it was Christmas, Hanukkah and Kwanza; soon it will be whatever is the day that you celebrate as the day for eternal love.

Before coronavirus lockdowns immobilized much of the world, my wife and I were planning to go to McLean, Virginia, at the end of our academic semester. You may have been planning something similar for your National Beach Opening Day or Memorial Day. You could see a flag half-staff in this or that car dealer’s lot; but not all over the U.S. The moral of the fable is this: Man plans, and God laughs.

Could you assume that a teeny tiny virus could bring all nations to their knees? We had multibillion-dollar corporations with major investments in the health industry. We had conquered not only the earth but heavens too. We had spaceships sending signals from the outside of the solar system. Elon Musk has been selling tickets for his forthcoming space journey. Who would think that he and others would be manufacturing ventilation machines instead of Tesla, Ford and Chevrolet?

Frankly, I always thought that those electronic microscopes would allow us to see the inside of any virus, somebody would squirt a chemical on it and it would be gone. The company or the person with that chemical would become filthy rich, but that would be OK. Thanks to their vaccine, we would be carrying out our little plans. But no, that tiny little virus has already killed almost a million people worldwide. When one says “a million people” we usually do not comprehend easily that those people may have been mothers, fathers and kids. They died by a torturous death; they were fighting for one last gasp of air. They were being suffocated in agony.

Some people are dying to reopen the economy and go back to their normal lives. I hope they will not be dying for a ventilator. That is why this Eid, I want to spread goodwill to all and wish peace on earth. Because we need God, in His eternal benevolence, to send us the peace either to live or to die with it.