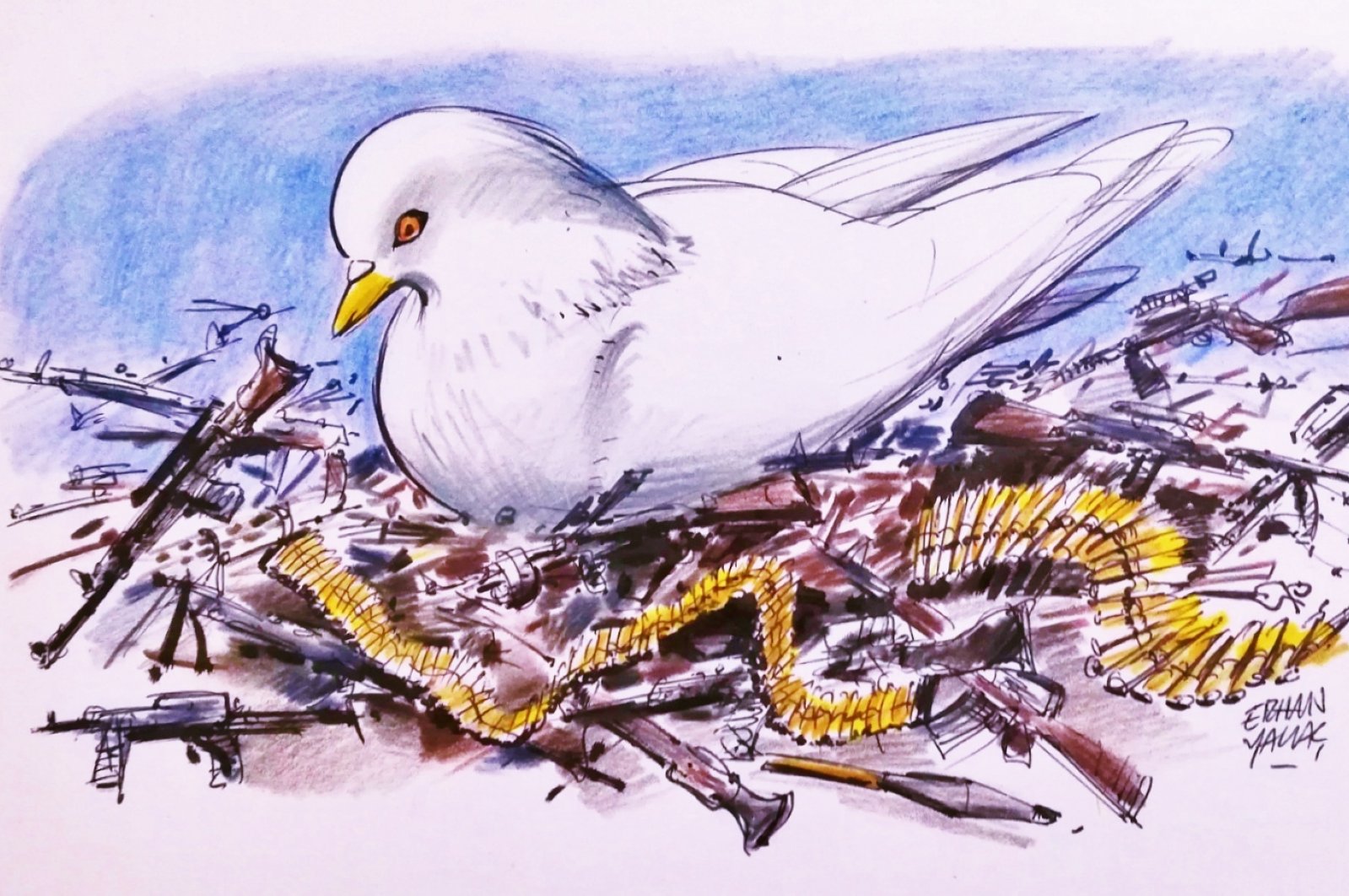 In the last couple of weeks, significant developments have been happening in the Libyan civil war. The Government of National Accord (GNA) and militia forces loyal to the GNA made remarkable military progress in their offensive in the western part of the nation's capital, Tripoli. Armed drones provided by Turkey conducted effective attacks against Haftar forces. Those drone attacks played critical roles in the GNA's military advances in those areas of the country. The GNA also increased its attacks to take back the Watiya Air Base from Haftar's militia.

Haftar's forces captured Watiya in 2014 and have used it as one of the key facilities to attack the GNA in western Libya. Strategically, the capture of the Watiya airbase and the taking control of Tarhuna by the GNA may change the balance of power drastically in their favor.

Control of Watiya, which is southwest of Tripoli, may be crucial for the GNA to consolidate its power in the western part of the country so it can prevent attacks, especially against Tripoli. In the meantime, the militias loyal to Haftar are bombing civilian areas in and around the capital to increase criticism of Fayez al-Sarraj's government. Haftar's dirty tactics and war crimes are also generating criticisms and unrest in the eastern parts of the country. To silence those opinions and consolidate his power further, Haftar declared himself the country's ruler by "popular mandate."

Haftar sidelined the eastern government and the House of Representatives and High Council of State. Haftar also declared his disapproval of the Libyan Political Agreement, which was signed in 2015 in the Moroccan city of Shkirat.

Haftar's efforts to fortify his absolute power in eastern Libya irked some of his domestic advocates. The U.S. embassy also criticized this move, and it became more difficult for France to openly support him. On the other hand, Haftar's international sponsors are accelerating the shipment of sophisticated weapons to the renegade general.

Turkey's assistance tipped the scales in favor of the GNA. The two countries signed a military and maritime agreement, which allows Turkey to be more actively involved in the Libyan context. Despite the recent shift of power to the GNA, the Haftar side is militarily more equipped than the GNA.

With the drones provided by Turkey, the GNA is trying to cut the supply lines of Haftar's forces to the western parts of the country. These drone attacks are needed to weaken Haftar's hold in western parts of Libya, but the GNA is still on the defensive. The GNA still has weak ground operations, and they need better equipment to counterbalance Haftar's militia.

The recent shift in the balance of power in the GNA's favor also gave more incentives for the United Arab Emirates (UAE) and Egypt to increase their military support for the Haftar side. The UAE invited the Wagner group to Libya, and Washington did not vociferously object to this move.

According to an unpublished U.N. report, there are around 1,000 Wagner operatives in Libya and have been there since October 2018. They are actively engaged in the battle, fighting alongside Haftar forces. The GNA has also accused Wagner of chemical attacks. The Israeli position plays a key role in Washington's silence to the UAE's ambitious and risky moves in the region.

With Russian involvement, the best-case scenario for the future of Libya is a frozen conflict among the eastern and western poles of Libya with both Haftar and the GNA allowing the UAE, Egypt and France to play more significant roles in the country. Still, Haftar stands as one of the most significant obstacles for a unified Libya.

Haftar promises no better option for Libyans than the former dictator Gadhafi. Now, there seems to be a coalition of regional and global actors supporting Haftar's dictatorship, but he has become really difficult to defend as he continues his reckless efforts to consolidate his power.

So far, the UAE and Egypt's ambitious policies and mercenary warfare are tolerated by the U.S. and the other European actors. They just gave some credit for Haftar to gain the upper hand in Libya, but this seems to be changing in the coming weeks.

The Russian involvement is seen as a move that may prolong the frozen conflict in Libya. It may use Libya as a ground to expand its presence in North Africa and sub-Saharan Africa. This may also extend the span of the conflict. The equation and the power balance in the Libyan civil war is getting much more complicated.

Haftar's international sponsors, the UAE, Egypt and France, may decide to escalate the battle further, or they may deepen the division between the east and western part of the parties and consolidate Haftar's power in eastern Libya.

In any case, the recent escalation of military confrontation in Libya between the GNA and the Haftar forces will have significant consequences. Despite the U.N.'s call for a cease-fire and the revival of diplomatic talks, any political breakthrough is unlikely in the coming months. The new power configuration will be shaped in the field as a consequence of a complicated battle rather than a diplomatic deal.

Any emerging power configuration will be fragile if the external actors do no come to a shared understanding. So far, almost all the international stakeholders in Libya have different objectives and different priorities.