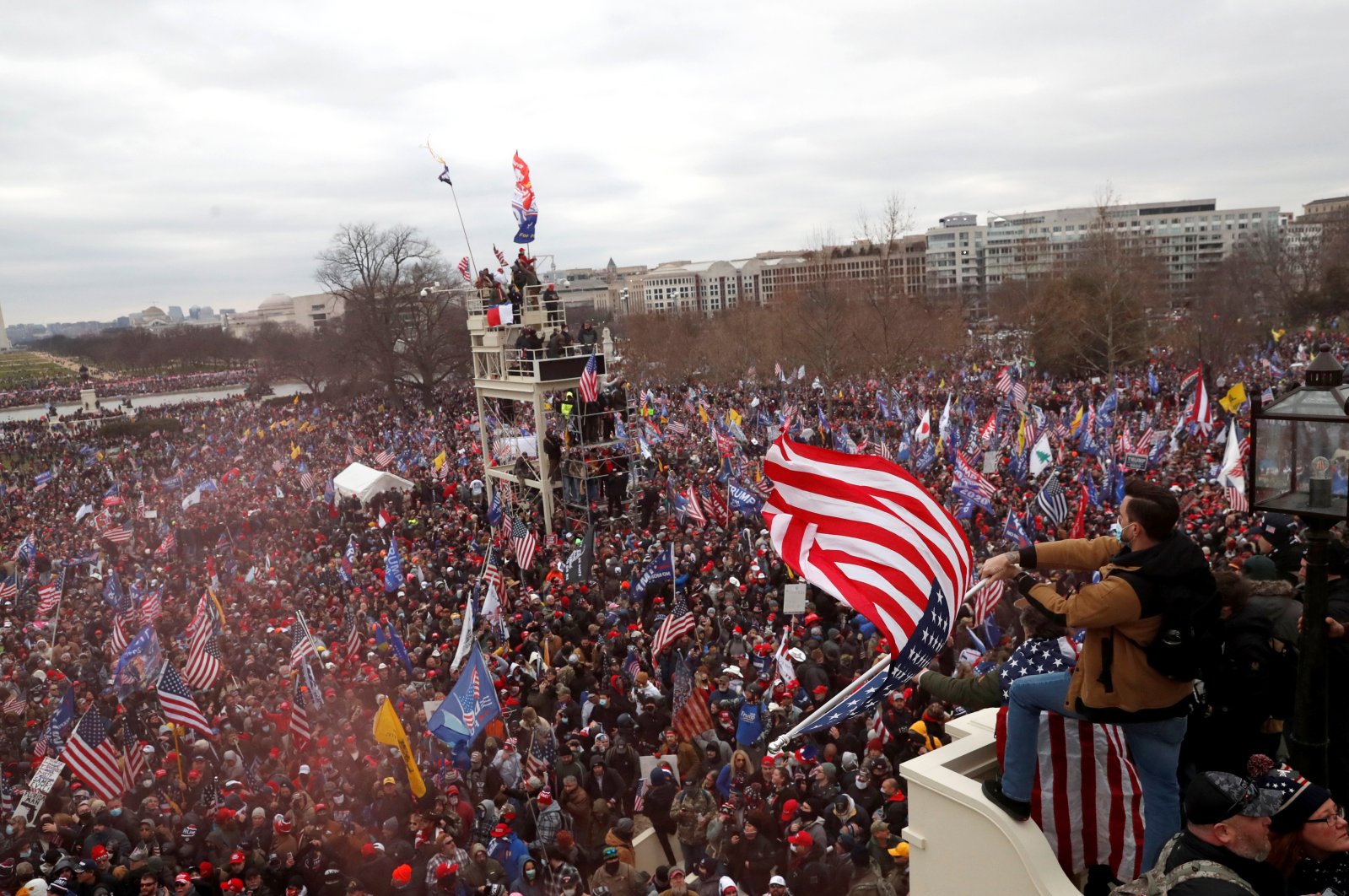 Pro-Donald Trump protesters clash with police at a rally to contest the certification of the 2020 U.S. presidential election results, Washington, D.C., Jan. 6, 2021. (Reuters Photo)
by Ihsan Aktaş Jan 09, 2021 12:05 am
RECOMMENDED

Political scientists clearly distinguish American politics from European politics. In sociological terms, this differentiation refers to the lack of social stratification of Europe in the United States.

Europe’s current sociology is the result of a complex historical process involving the fall of an aristocratic class of landowners, the rise of a bourgeois class of merchants and industrialists, the social and political influence of religion, the organizational structure and inquisitorial repression of the Catholic Church and the highly discriminated lower classes of immigrants.

In comparison to this complex social structure, the U.S. appears to have an almost classless society. Founded by the liberal political and intellectual elite who immigrated from Europe due to their frustration with European politics, the U.S. was composed of immigrants coming from the lower classes of Europe.

This relatively classless social structure paved the way for the rapid development of democracy to such an extent that the young American democracy became an inspiration for the advancement of the old European democracy.

Transforming into a superpower after the end of World War II, the U.S. has become the world center for politics, economy, art and fashion.

During the Cold War, the American dream promised a liberal lifestyle with extensive individual liberties. While the Warsaw pact represented isolationism and state repression, the Atlantic pact symbolized a liberal and interconnected economic, cultural and political world.

Thusly, the U.S. became a center of attraction for businesspeople, scientists and artists who left their countries to seek their fortune in America. A massive wave of brain drain occurred during these decades, which strengthened the U.S. in terms of human capital.

With the 9/11 attacks, the U.S. entered its first phase of isolationism. These terrorist attacks were closely linked to the George H. W. Bush and George W. Bush administrations’ aspirations to occupy a number of countries in the Middle East such as Afghanistan, Iraq and Yemen.

The growing paranoia of the American nation about terrorism facilitated these military operations. Despite supporting al-Qaida against the Soviet Union in Afghanistan, the Bush administrations put all their focus on a decade-long hunt for the al-Qaida militants.

The second isolationism of the U.S. began with Donald Trump’s presidency. In line with the rise of the radical right and racist political parties in Europe, Trump’s populist political discourses succeeded to gain the support of the Republican electorate. His anti-immigrant and xenophobic discourses and policies concluded with a terrible prospect, especially for immigrants and Latin Americans.

The Trump administration came to an end with bitter consequences. As the U.S. Congress was set to confirm Joe Biden’s presidency, pro-Trump supporters rioted and turned Biden’s day into a nightmarish night for American democracy.

In order to reestablish democratic attitudes and social harmony, the U.S. administration now faces the challenge of dealing with this radical sociology.