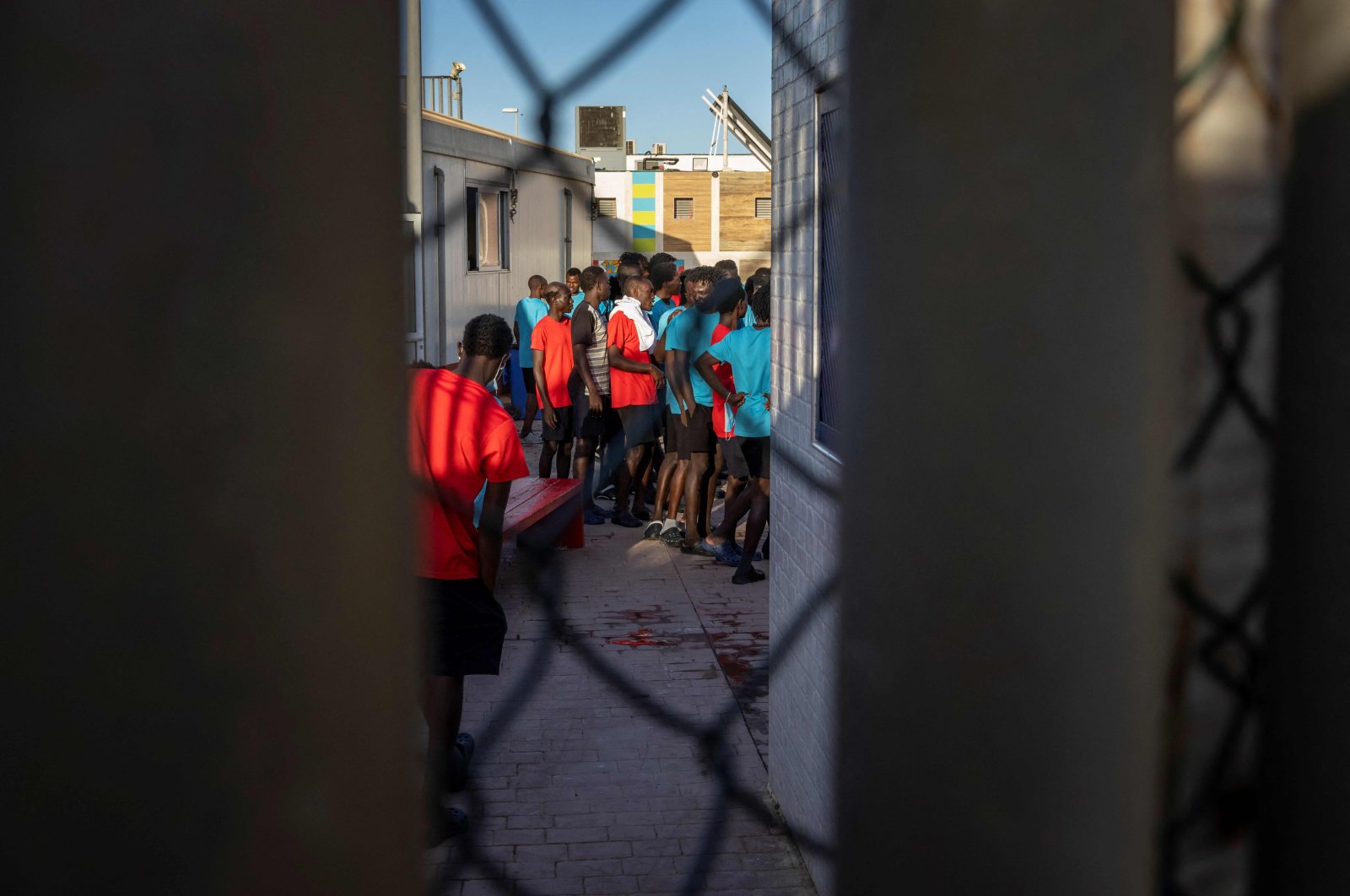 Migrants line up in a temporary center for migrants and asylum-seekers in Melilla, a day after at least 23 African migrants were killed in a bid to enter the northern Morocco Spanish enclave, June 25, 2022. (AFP Photo)
by Melih Altınok Jun 28, 2022 12:05 am
RECOMMENDED

TV series and movies about the Holocaust are still watched with shock because people cannot believe that hatred toward a race or a group can become so commonplace. How could the world not come together and prevent this evil? People wonder how the rest of the world remained silent while this atrocity was going on. Even though most say "we came face to face, we self-criticized," there was actually nothing left behind for humanity.

Groups of people escaping from civil wars, massacres, oppression and barrel bombs falling on their heads continue to die on the migration routes. Don't you see the extent of the marginalization of Asian and African refugees? Do you think I'm exaggerating? Don't the TV channels you watch and the newspapers you read show you that the Greek coast guard opened fire on inflatable boats with children and old women in the Aegean and sank them with spiked sticks? Haven't you heard of Aylan Kurdi, one of the hundreds of toddlers whose lifeless body washed up on Turkey's shores?

You have definitely seen the images of the massacre, which recently took place on the Spanish land Melilla border in Morocco, on social media. Yes, I'm talking about the African refugees killed at the border point. The scale of the brutality is appalling. Eyewitnesses say that there was a horrible odor in the places where the bodies were found and in the morgues. It is said that 23 people have died so far. There is no exact number – because they are "dark-skinned." Since their lives and stories don't matter while they're alive, they won't be able to ask for their records when they die anyway. Let alone calling an ambulance, the police who beat the wounded lying on the ground with a pile of fish with the dead and assisting the Azrael are no different from the Gestapo officers. While violating international law and universal human rights with orders from their superiors, they act rudely and callously, as if they were fighting pests.

It is also shameful that Spanish Prime Minister Pedro Sanchez said in response to the questions of the press in Brussels while the refugees were dying on the ground: "I would like to thank the extraordinary cooperation we are having with the Kingdom of Morocco, which demonstrates the need to have the best of relations. Unfortunately, as we see in the events in Melilla today, it was seen that there is a need for close cooperation in the fight against irregular migration and in internal affairs.”

Can you believe this? The prime minister is thanking the relevant people for "extraordinary cooperation" as if there was success rather than a massacre. I wonder if the left-wing prime minister could have acted so casually in his first statement, when a white Ukrainian refugee, whose nose was bleeding, was being held courteously, even his cats and dogs.

And where is the European Union, which has not yet made a statement, while I was penning this article? Will they at least announce that they will make a serious attempt to punish those responsible in the coming days? There is no doubt that history will certainly condemn the world's public opinion, which has been a partner in the last genocide of our age with its silence.