Sarraj's Turkey visit and a new era in Libya 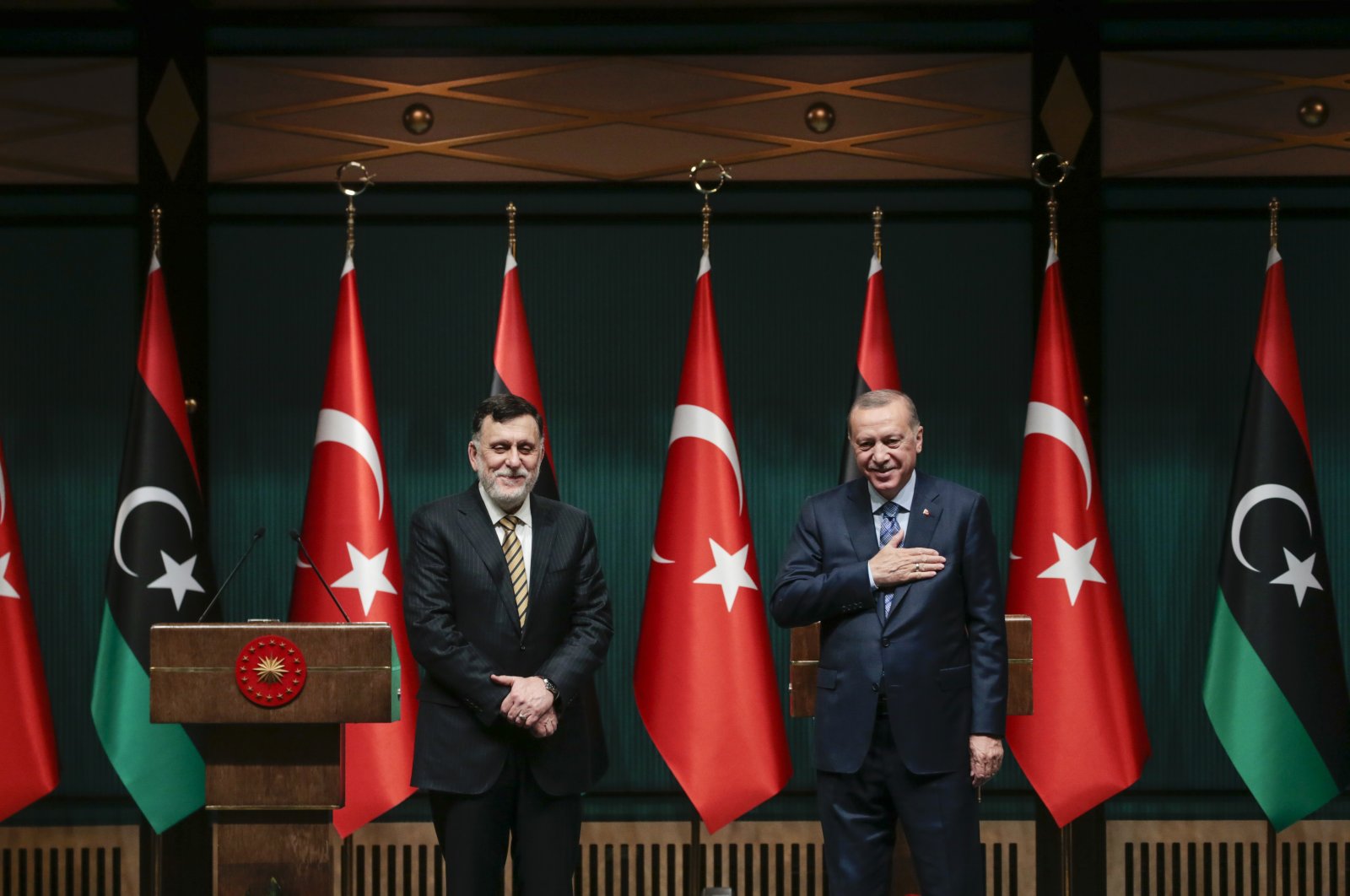 Fayez al-Sarraj, Libya’s prime minister, visited the Turkish capital on Thursday to hold talks with President Recep Tayyip Erdoğan. Unlike in the past, his hosts in Ankara welcomed a joyous Libyan leader, celebrating the liberation of Tripoli, including its international airport.

Libya’s Government of National Accord (GNA) reclaimed air superiority upon concluding two agreements with Turkey in November 2019. With Turkish support, Sarraj broke the siege of Tripoli and pushed putschist Gen. Khalifa Haftar back. Whereas Russia was forced to withdraw the Wagner Group’s mercenaries from western Libya to Jufra, the United States distanced itself from Haftar and began to criticize Moscow’s deployment of combat aircraft to the country.

His recent accomplishments turned the Libyan prime minister into a center of attention in Western diplomatic circles. As the shifting balance of power improves the GNA’s reputation, Haftar, who broke off negotiations in Moscow and Berlin, is now imploring his foreign sponsors to accept a cease-fire. Although all warring parties in Libya demand a cease-fire now, it has not reduced the military activity on the ground. The GNA must prepare to liberate Sirte, Bani Waled, the "oil crescent" and Jufra.

With the United Nations-brokered diplomatic negotiations due to begin, both sides reach out to the relevant foreign governments to have the upper hand at the negotiating table. Haftar, who visited Egypt to create a road map, must take into account the interests of the United Arab Emirates (UAE), Russia and France. By contrast, Sarraj maintains a dialogue with Russia and Italy, but his ultimate move was to visit Turkey.

During Sarraj’s most recent visit, Turkey and Libya agreed to work together in the theater of war and during the cease-fire process. Erdoğan’s pledge to cooperate with the Libyan prime minister “on all international platforms from the Berlin process to NATO” signaled Turkey’s readiness to take additional steps in Libya. Although the two parties to the Libyan civil war will enter into the negotiation process under pressure from Ankara and Moscow, one must presume that the diplomatic process won’t continue without interruptions.

First of all, Turkey and the Libyan government do not view Haftar as their legitimate counterpart. The warlord, in turn, demands a withdrawal of Turkish forces as a precondition of the cease-fire. Moreover, both Sarraj, the current victor, and Haftar, the past winner, will find it difficult to manage the high expectations of their sponsors. At the same time, those parties, which will be in Haftar’s corner during the diplomatic negotiations, are likely to incite disagreements within Sarraj’s ranks once the cease-fire is in effect. The UAE and France could attempt to undermine the Libyan government by reaching out to leading political figures in Tripoli. Likewise, if Aguila Saleh’s proposed new presidential council gains support, the composition and powers of said body, along with the allocation of oil revenues, will be fiercely negotiated.

It remains unclear how Moscow intends to use its influence. The U.S. Africa Command noticed that the Russians deployed combat aircraft to Libya, as the Wagner mercenaries retreated to Jufra. The purpose of Russia’s latest move is to control oil reserves in northeastern and southern Libya as well as to establish a military base in that country. Unsettled by Washington’s growing influence in the region, Moscow seeks to strike a deal with Ankara and negotiate terms with both parties to maximize its interests.

Erdoğan’s public pledge to strengthen Turkey’s cooperation with Sarraj’s government is noteworthy. What does the Turkish administration mean by that? The plan is not limited to petroleum and natural gas exploration. Given that Sarraj talks about "reconstruction," cooperation is likely to be multidimensional. Turkey changed the course of the Libyan civil war by providing military assistance to Tripoli. If a cease-fire enters into force, it must stand by the Libyan government to the best of its ability. Among other things, the everyday life of residents in GNA-controlled areas must be improved through investments in civilian infrastructure, including electricity and health care. Turkey must lead the effort to reform Libya’s security sector as well. Haftar must be stopped from making illegal oil deals, and a division of Libya into western and eastern parts must be prevented.