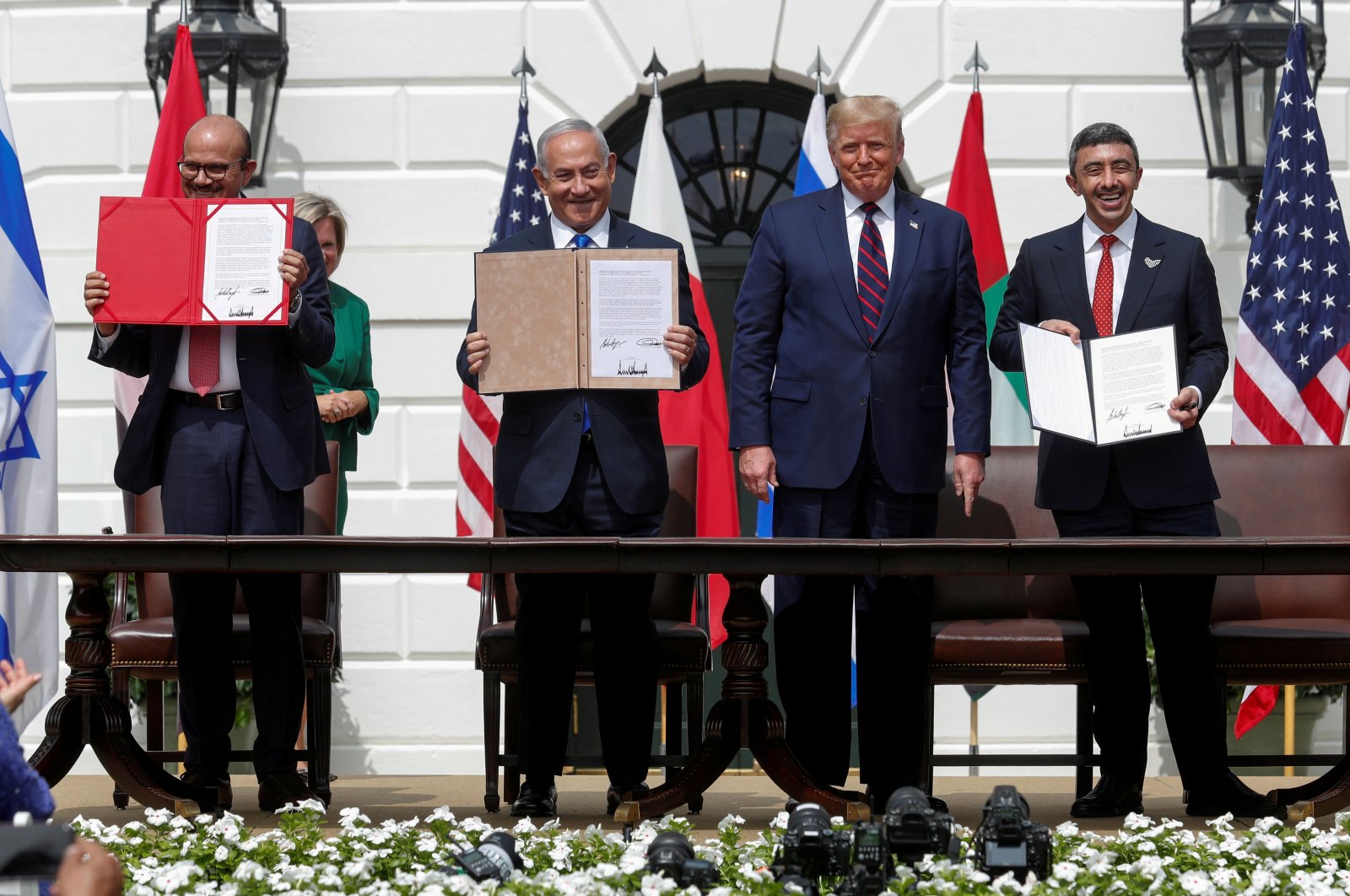 Once I opined that Donald Trump would win the 2016 election, and now with the November elections right around the corner, I am making a similar prediction against all odds. How could he not win? There is no war between Israel and the United Arab Emirates (UAE) nor Bahrain, but Trump was able to bring these three countries around a table and make them sign a peace treaty, an armistice called the Abraham Accords. The U.S. is not part of any ongoing discord between the three countries, yet he managed to take a place at the table as one of the signatories.

Everybody – including politicians, historians, au pairs from Ireland, senators and Democrats' vice-president nominee Kamala Harris and her running mate, Israeli Prime Minister Benjamin Netanyahu; – thought that the Middle East Peace would be realized when Israel withdraws from the Arab lands it occupies, especially from east Jerusalem, the first cease-fire agreement would be signed between the countries and then a comprehensive accord based on the two-state solution. This ideal visualizes a Palestine state on the west of the Jordan River, next to the state of Israel. Jerusalem, in its entirety, would be Palestine’s capital. As soon as Netanyahu and his household agree to it, that accord would be fortified with additional conventions regulating the peaceful coexistence of Muslims, Jews and Christians there.

But no. With the involvement of Jared Kushner, Trump’s Mideast envoy and senior adviser who also happens to be his son-in-law, the whole issue shape-shifted incredibly fast. No more Palestinians, no more Israeli withdrawal from any occupied lands and no peace agreement were in sight. Kushner’s magic wand turned “peace” into “normalization” and the U.S. into a signatory.

What a timely magic maneuver right before his father-in-law’s second and Netanyahu's umpty-umpth election. He said he read only 25 books on Middle East peace; he probably got bored and said, “What the heck! This peace issue looks very complicated, so let them sign a different kind of agreement.” And he made them sign it.

There was a little problem with that signature business. First, the other two heads of state did not show up. So, Netanyahu and Trump were the only leaders; the UAE and Bahrain chiefs sent their ministers of foreign affairs. By the way, lately, people signing agreements at the White House are having difficulty understanding what they are signing and what position it would put them in. For example, Serbian President Aleksandar Vucic did not seem to know about the articles of the normalization agreement that he was signing with Kosovo’s president. When Trump said that agreement was also envisaging the two countries moving their embassies in Israel to the occupied part of Jerusalem, Vucic perused the agreement hastily and saw that, lo and behold, the Serbian embassy was moving to east Jerusalem. He is now trying to weasel out of it.

Similarly, another lamentable situation happened during the signing of the Israeli-Arab normalization agreement when the UAE’s Foreign Minister Abdullah bin Zayed could not find the dotted line to sign, turned and seemingly asked Trump where to sign. Trump must have shown him where to sign as the Arab minister later facilely signed it.

Any development that leads to friendly relations among neighbors is good. In this vein, the best development would be the development of good relations between Israel and Palestine, whose name suddenly disappeared from the diplomatic narratives of the major players. Without safeguarding the territorial integrity of Palestine, no peace can be guaranteed. All the Arab neighbors of Israel may jump on Kushner's normalization bandwagon, but it only brings in U.S. Jewish votes to his father-in-law, nothing more. Jerusalem and other occupied Arab lands should be returned to their lawful owner to guarantee an everlasting peace.

No signature would make everything OK even if the U.S. president shows you where to sign.