Silent humanitarian calamity in Yemen: Who to blame? 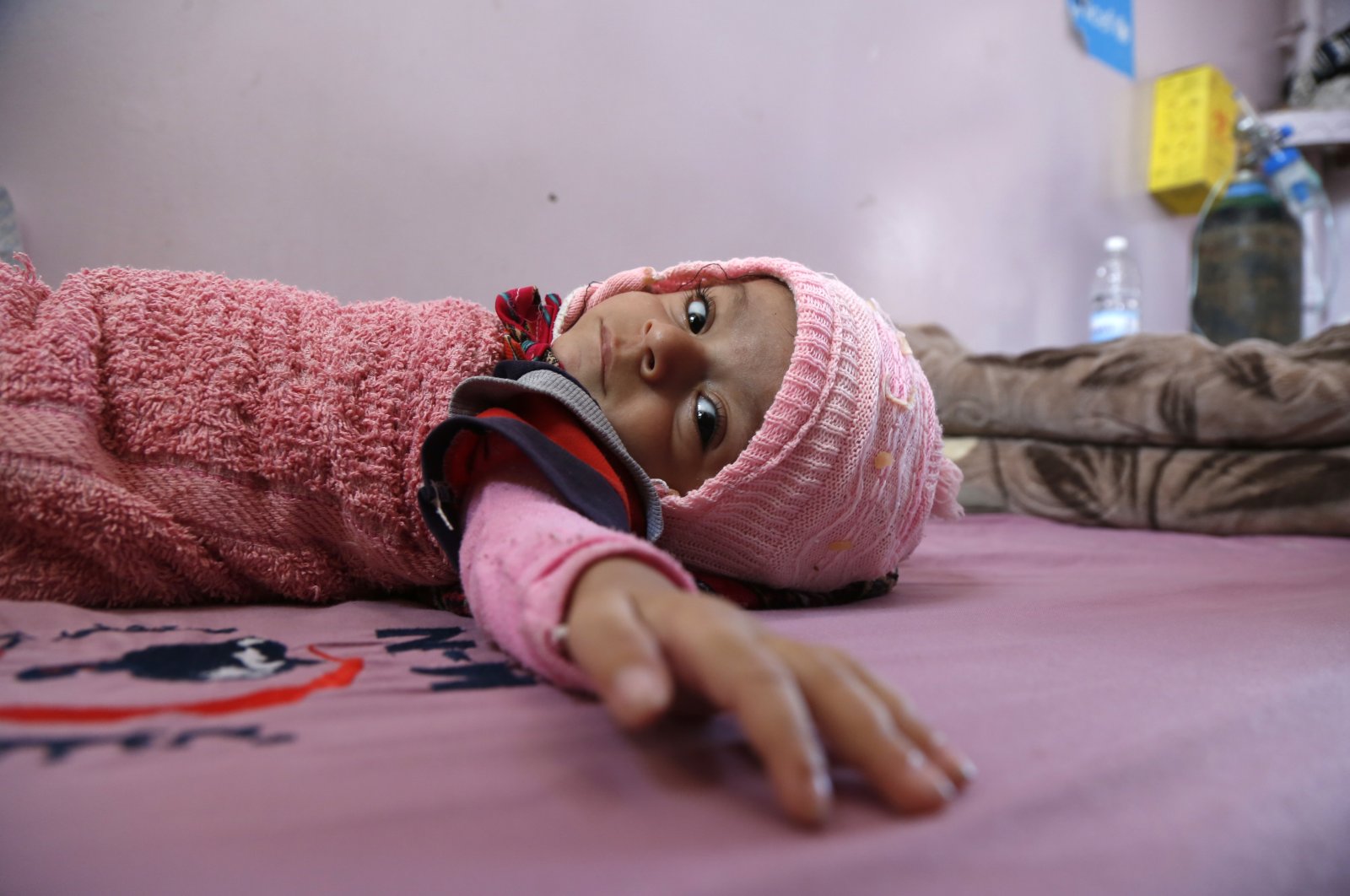 A malnourished Yemeni child lies on a bed while receiving treatment at a hospital in Sanaa, Yemen, Jan. 26, 2021. (Photo by Getty Images)
by Muhittin Ataman Feb 03, 2021 12:05 am
RECOMMENDED

Yemen is one of the poorest countries of the Arab world and has been suffering for decades. Ali Abdallah Saleh's pre-Arab Spring administration was corrupt, leading the Yemeni people to take to the streets, eventually toppling the Saleh government in 2012 when the waves of the Arabic revolutions reached the country.

His deputy, Abedrabbo Mansour Hadi, then attempted to form a "unity government" with other political factions following the presidential elections held the same year. However, he was unable to secure political stability within the country.

Regional states were opposed to Yemenis forming a stable, unity government, with Iran and Saudi Arabia funding and encouraging conflicting factions, pitting them against one another.

The Iran-backed Houthis refused to accept Hadi's unity government, waging an insurgency in September 2014 and eventually seizing the capital city, Sanaa. Once the Houthi rebels took control of Sanaa, Saudi Arabia launched a military offensive against the capital in March 2015.

Thousands of innocent people were killed by the Saudi-led coalition bombings, which targeted many historical sites but also mosques. Since then, a fierce civil war has ensued between the Saudi-backed pro-government forces and the Iranian-backed Houthi militias.

As the civil war raged, the already vulnerable country was facing another problem with the onset of a cholera pandemic with Yemen reporting almost a hundred thousand cases. Within a very short period of time, the country was pushed into a severe humanitarian crisis.

Both the government and the people of Yemen struggle amid economic crises, trying to break out of nationwide poverty. The Yemeni people have been deprived of clean water, nutritious foods, education and health services for the last several years now.

Nowadays, 80% of the Yemeni people need humanitarian assistance. Twenty million do not have access to healthy food, 18 million lack access to clean water, 20 million are unable to receive adequate health care and 10 million live in extreme hunger in Yemen. Around 4 million people have been displaced and have had to leave their homes.

On top of the indirect impacts of the civil war, the people suffer from its direct impacts too, which include the systematic violence against defenseless and innocent people.

Throughout the war, crowded locations such as bazaars, schools, hospitals, mosques and cemeteries have been targeted and reports of violence against the defenseless, including women, have dramatically increased.

The war has not only destroyed the country's economic infrastructure, but it has also upended Yemenis social lives.

What are the main reasons for Yemen's civil war and humanitarian catastrophe? The polarization of Yemeni politics, to begin with, is one of the main contributors to the current situation, having led to the political alienation of internal actors.

The fighting sides heavily invest in the military sector, paying high salaries to the militias fighting the civil war.

Therefore, internal factions can be blamed for the current humanitarian crisis, including the Houthis, pro-government militias and al-Qaida as well as its affiliated groups.

As polarization increased within the country, political actors representing the Zaidi Shiite minority and the traditional Sunni majority began to otherize one another, eventually resorting to violence.

Throughout the war, these groups have exacerbated the humanitarian crisis, de facto diving the country into several political entities with each of the groups establishing checkpoints in the area under their control.

Groups such as Houthis steal humanitarian aid provided by other states and international institutions.

Second, the three interventionist states, namely Saudi Arabia, Iran and the United Arab Emirates (UAE), must be held responsible for the humanitarian crisis.

It is evident that these three states do not want a resolution to the crisis, made clear through their exploitation of domestic political fault lines, instrumentalizing resources for their national interests.

Regional powers and their proxies on the ground have invested in killing rather than caring for the people of Yemen and unfortunately will not draw the line when it comes to achieving their objectives.

Thirdly, the global powers that have been providing weapons to the regional states and their proxies in Yemen are also responsible for the humanitarian crisis.

Both global powers and world public opinion remain largely indifferent to the tragedy in Yemen.

Global institutions such as the United Nations Security Council (UNSC) and regional platforms such as the Arab League did next to nothing to prevent the disaster.

Only after several serious calls from U.N. institutions did some Western countries begin to impose arms embargos against the intervening regional states, including the UAE and Saudi Arabia.

All in all, international actors must act as soon as possible to end this urgent humanitarian crisis. Otherwise, the humanitarian, political and security cost of this disaster will continue to increase, influencing regional states and the international community.