The Biden presidency and future of Turkey-US relations 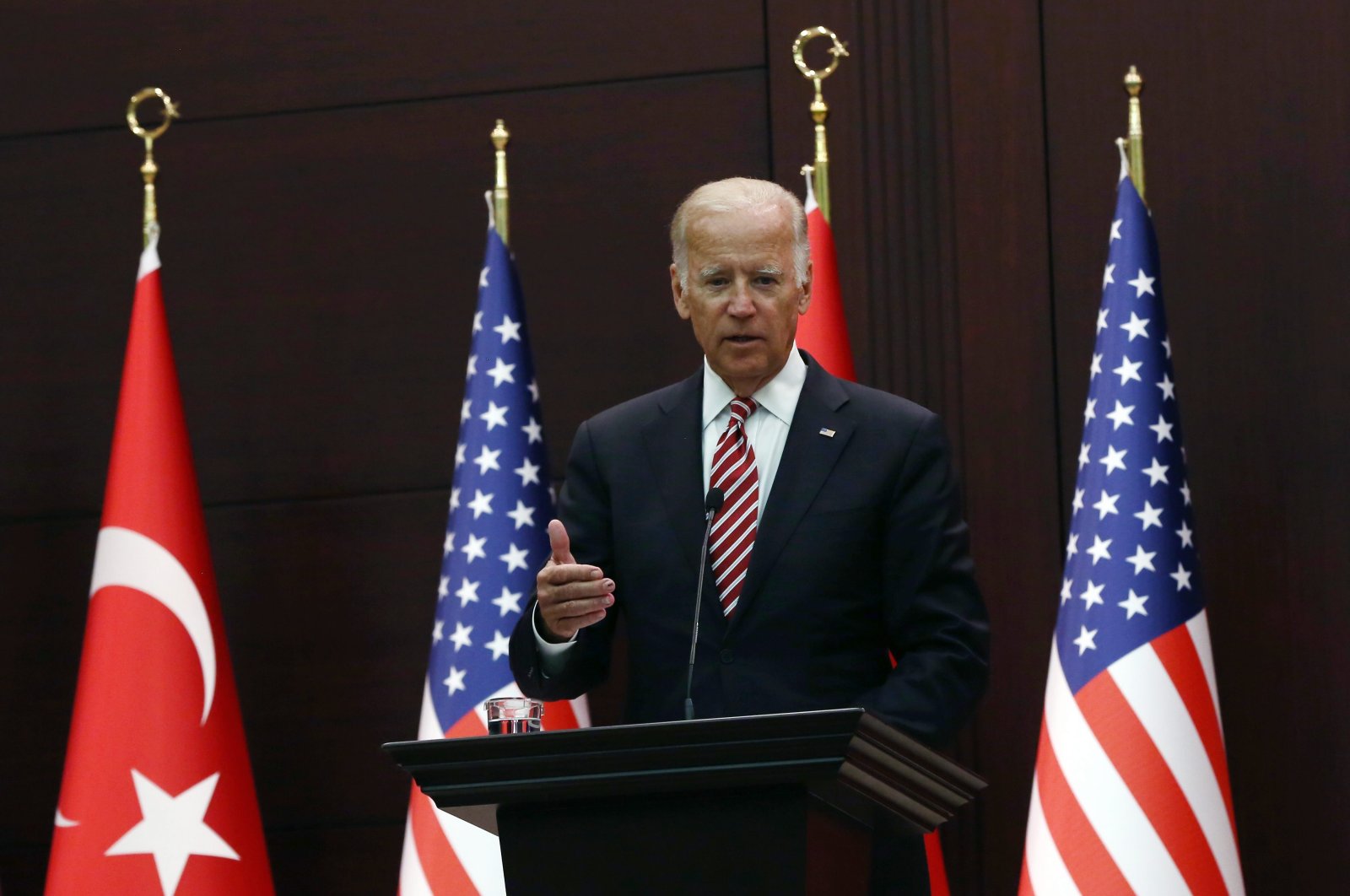 This was not Europe's war, but now it is going to be

Joe Biden has been elected the 46th president of the United States, and his administration’s foreign policy will have major consequences for countries around the world. At the same time, the incoming president’s relations with Turkey will have significant repercussions for global politics and the world economy.

President Donald Trump’s foreign policy decisions were informed by a rigid framework with the American national interest at its core. The Trump administration thus launched a trade war with China, disregarded the European Union and avoided tensions with Russia. Under the outgoing president’s watch, Washington’s Middle East policy was aligned with Israel’s interests.

As such, Trump pursued a balanced relationship with Turkey, reversed his predecessor’s rapprochement with Iran and formed an alliance with select Gulf states around a glowing orb. He also encouraged inexperienced and ambitious players, such as Saudi Arabia’s Mohammad bin Salman and Mohammad bin Zayed of the United Arab Emirates (UAE), and supported an anti-Turkish regional coalition in the Eastern Mediterranean.

Whether or not the Biden foreign policy will be notably different from Trump remains to be seen. One way or another, any policy changes regarding the above-mentioned issues will make an impact on Turkey-U.S. relations. To assess the potential scope of change, it is necessary to analyze the state of bilateral relations under Trump.

Turkey’s relationship with the United States has been going through a difficult period. The alliance suffered setbacks during President Barack Obama’s second term due to the gap between Turkish interests in Syria and Washington’s policy, the U.S. support for the PKK terrorist organization and Washington’s tacit support of the July 15, 2016 coup attempt through the harboring of its mastermind. Other factors included tensions between Turkey and Israel as well as Ankara’s efforts to maintain some level of independence regarding the U.S. sanctions on Iran.

Although the personal chemistry between President Recep Tayyip Erdoğan and his U.S. counterpart resulted in a seeming de-escalation, there have been persistent tensions due to a clash between the two countries’ regional interests. Indeed, the Trump administration prevented Ankara’s cross-border operations against terrorists in northern Syria for a long time. In light of Turkey’s decision to purchase the S-400 air defense system from Russia, Washington and Ankara experienced problems due to the former’s failure to deliver its F-35 fighter jets to Turkey.

Although Trump said he appreciated the Turkish position, the White House made no attempt to stand in the way of Turkey’s removal from the F-35 program. At the same time, it is important to recall that Washington imposed certain limited and temporary sanctions on the Turkish government under Trump’s watch.

To be clear, the outgoing U.S. president did not meet Turkey’s expectations when it came to the assassination of journalist Jamal Khashoggi by the Saudi crown prince’s henchmen, the UAE’s financial and military endeavors in the region and the Israeli-centered order in the Eastern Mediterranean. To make matters worse, Trump publicly admitted to having targeted Turkey’s currency and economy. Overall, the Trump presidency was no walk in the park for Turkey-U.S. relations.

How will the Biden administration differ from Trump on Turkey? To answer that question, it will be important to monitor Washington’s relationship with Russia first. If the incoming president opts to escalate tensions with Moscow, contrary to his predecessor, Turkey would be more valuable in the eyes of American and Russian policymakers – and therefore enjoy greater room for maneuver. By extension, the Turks may have more influence in Syrian (especially Idlib) and Libyan theaters.

A similar trend may occur vis-a-vis the “glowing orb” alliance. It remains to be seen how eager the Biden administration will be to endorse Trump’s pro-Israel policy. Against the backdrop of Biden’s lead in the presidential race, Saudi Arabia’s King Salman pledged financial assistance to the victims of a devastating earthquake in Izmir, Turkey (after five days), a move that suggests Riyadh may be willing to repair its strained relations with Turkey in this new period.

Keeping in mind that Qatar was the first Gulf nation to congratulate President-elect Biden, the claim is in line with regional developments. Needless to say, a failure by the Israeli-centered, Gulf-sponsored alliance to receive Washington’s blessing would strengthen Turkey’s hand regionally. Indeed, Turkey and the United States may arrive at a solution to the Eastern Mediterranean question, which would serve both sides’ interests.

Another issue is the looming question about the likelihood of Biden reinstating the Obama administration's policy on Iran is. The assassination of Qassim Suleimani started a blood feud between Washington and Tehran. Those tensions may stand in the way of an imminent and effortless return to the pre-Trump rapprochement. As such, Turkey must monitor closely the state of Iran-U.S. relations.

Going forward, Washington’s patronage of the PKK/YPG terrorist groups and the Gülenist terror group (FETÖ), will be the single greatest challenge for Biden to address vis-a-vis America’s bilateral relationship with Turkey. The latter organization’s cover was blown after the July 2016 coup attempt in Turkey and rendered it largely unable to hurt the Turkish people. The former, however, remains very much active in northern Syria. Any effort by the Biden administration to engage the PKK/YPG would mount pressure on Turkey-U.S. relations. Likewise, Biden’s potential steps to meddle in Turkey’s internal affairs would be viewed as a challenge against Turkish sovereignty and independence and could undermine the bilateral relationship.

To conclude, there are plenty of opportunities and challenges in Turkey-U.S. relations. The two countries must take into account their mutual interests and mandatory areas of cooperation to make their relationship work. Turkey is an influential and powerful player in the region. There is no reason to believe that the United States will suddenly move to disregard that fact.

This was not Europe's war, but now it is going to be