The biggest test for the EU 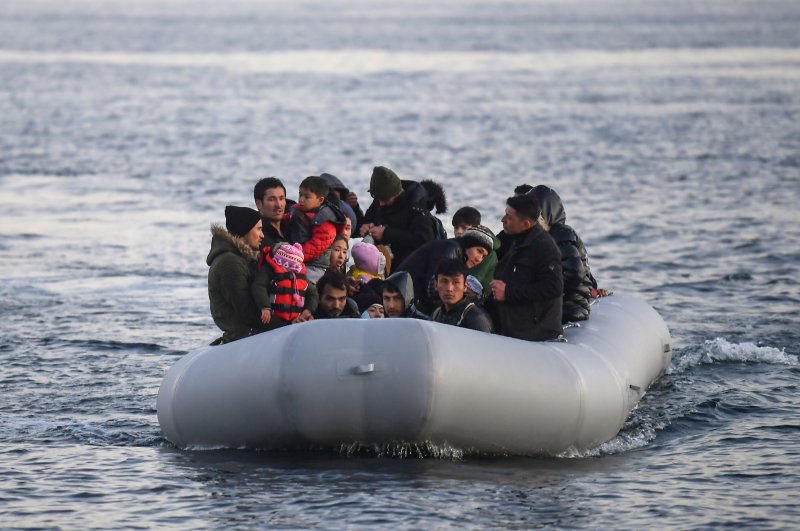 For months, we have witnessed events showing how we were right in our warnings to the EU and Western politicians in this column. Like a dam, Turkey has so far held migrants coming from the south and the east from reaching Europe. However, it has finally opened the gates.

Ankara has announced that it will not block refugees attempting to cross into Europe after the Assad regime killed 36 Turkish troops in Idlib. Greece was the first to be affected by the decision made by Turkey, where nearly 4 million refugees live under temporary protection status. Tens of thousands of refugees are headed for Turkey's land border with Greece and the Aegean Sea, where hundreds of Greek islands are located.

According to figures quoted by the Turkish authorities, almost 100,000 refugees have already left Turkey. The figure is expected to reach millions. There are no clear figures on how many of these people have made it to Europe. The Greek government has announced that more than 10,000 attempts have been blocked.

So, what consequences will this initiative, where Turkey's hands were forced, have? Certainly, this intense wave of migration will deeply affect European politics. It would not be prophetic to say that intense social problems await the Old Continent, where populist and racist tendencies are increasingly gaining ground and the economy is alarming.

There are even those who consider this big picture – the end of the EU project. But, it is not too late for anything.

The EU authorized bodies must act urgently. First, they should warn the Greek security forces, who have already killed two refugees. Then, they should call on Athens to abide by international law, since it has announced that it would not receive a new asylum application for a month, in violation of the 1951 Refugee Convention and the EU refugee law.

It is also essential that the President of the EU Council, Charles Michel, and others like him, who declared that the union's borders end at the Turkish border, be given a crash course in law and politics.

Turkey, which has looked after millions of refugees in its territory for years, has been patient because it has observed the law arising from the EU accession talks. It has implemented an open-door policy on its border with Syria while closing its border crossings with EU countries like Bulgaria and Greece.

Therefore, European politicians should acknowledge that the borders of Turkey, a prospective member, are both legally and the borders of the EU. It is impossible to accept that the boats carrying thousands of migrants trying to reach the European soils will be sunk by Greek security forces.

The only way to stop this influx is to provide international support for Ankara's arguments to keep in place the potential 1 million Syrians waiting to cross into Europe via Turkey in Idlib. To do so, they must offer clear support to the presence of the Turkish Armed Forces, which protects civilians in the safe zones along Syria's northern border.

Once these minimum requirements are met, Turkey will undoubtedly start to discuss returning the refugee situation to usual again.