The impact of the July 15 events on Turkish politics 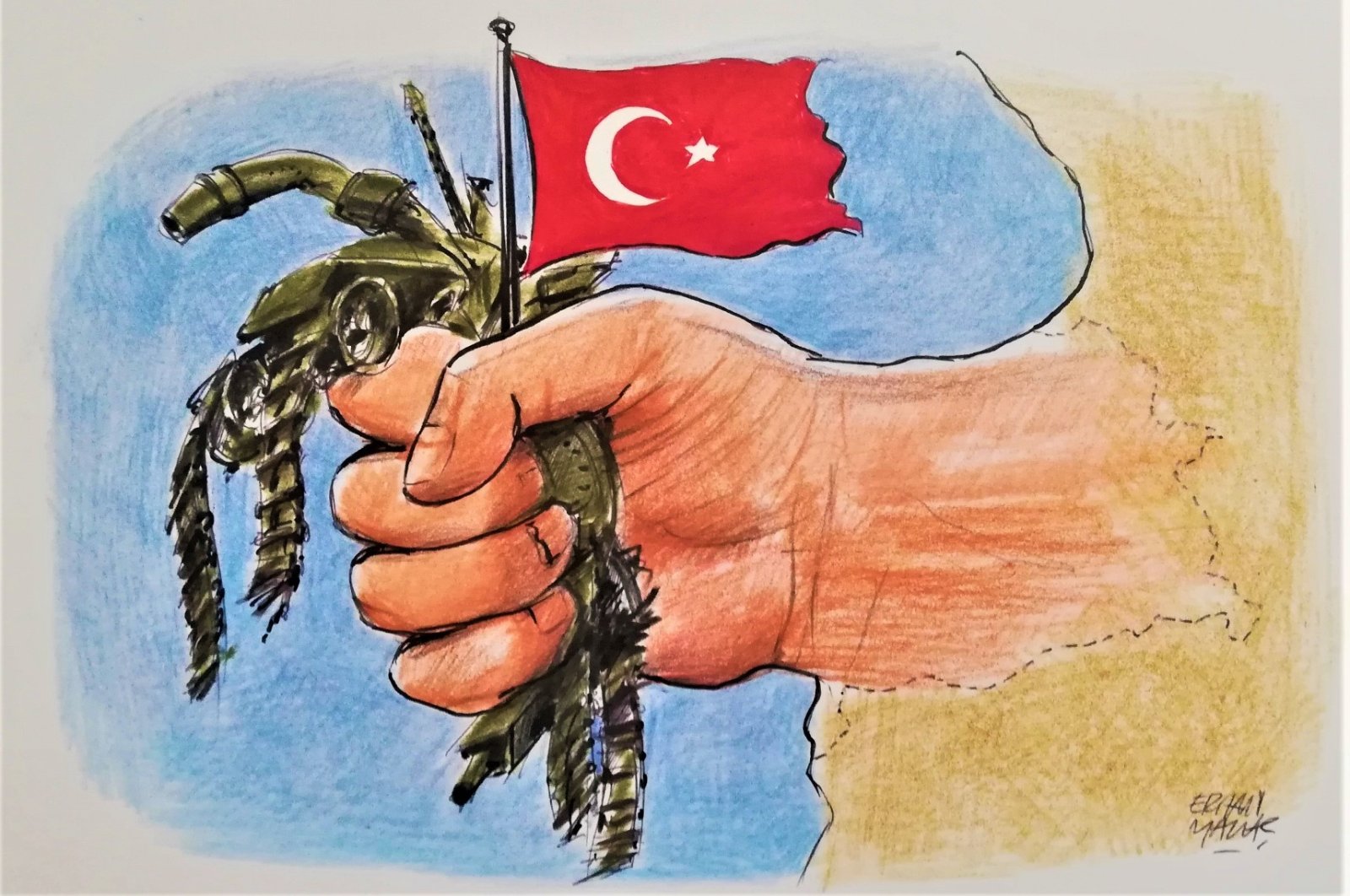 The July 15 coup attempt was one of the most significant turning points in Turkey's contemporary history. Unlike previous coups and indeed, coup attempts, the Gülenist Terrorist Group (FETÖ), who shrouded themselves in the garb of a civic movement for decades, was the main actor behind the initiative. The putschists killed 250 people and wounded more than 2,000. Many governmental buildings, including Parliament and the Presidency, were also hit. However, millions of people, together with President Recep Tayyip Erdoğan, hit the streets in firm opposition against the military infiltrators.
The night of July 15 was about one of the darkest in Turkish history but ended in one of its brightest dawns. The coup attempt was countered by a popular victory over the putschists. As the saying goes, every cloud has a silver lining, and the coup attempt provided a veritable opportunity to restructure Turkish domestic and foreign policy.
The coup venture had three main implications on Turkey's domestic politics. First, it led to the restructuring of the Turkish state by ending the tutelage regime that had attached itself to the country. The administrative system was changed into a presidential system in order to secure political stability and, as a result, civilian political power was subsequently consolidated. Essentially, this means that those who were elected gained an upper hand against those appointed. As a result, another military coup has been made more difficult and state institutions have been allowed to function as they should.
Second, the mindset of Turkish state institutions, especially in the field of security, has changed, and these institutions have been truly “nationalized." Since increasing their capacity and capability to work in the interests of the nation, Turkish security forces and intelligence services increased their relevance and have since begun to execute effective operations beyond the country's borders. Many elements working for certain foreign actors have been kicked out of these institutions. Third, as a result of the first two developments, the influence of foreign actors has been minimized in Turkish domestic political life. Foreign actors have far less power to fulfill their designs on Turkish internal affairs.
Turkey has achieved a similar result in restructuring its foreign policy. First of all, since getting rid of FETÖ elements within the military and security forces, Turkey has increased its capacity to execute operations beyond its borders. Turkey has begun to face challenges and threats directed against its political independence and territorial integrity with greater success and is taking effective initiatives in its foreign policy, both in Syria and in Libya. Turkey has successfully executed four military operations in northern Syria and cleared its borders of threats emanating from non-state actors, signing two assertive agreements with the Libyan government in 2019 and dramatically changing the balance-of-power on the ground in favor of the legitimate government of Fayez Sarraj.

Second, Turkey has minimized its dependency in terms of foreign policy and has strengthened its Ankara-centered foreign policy orientation. Especially regarding relations with the West, relations are no longer based on a hierarchical or vertical status quo. Turkey has begun to claim a horizontal relationship with the West and essentially demands to improve its relations with this axis on an equal basis. Turkey is determined to pursue foreign policies that serve its national interests, even if these contradict the interests of the West, which is otherwise totally indifferent to Turkish concerns.
As a direct result of these new terms, Turkey has been further otherized, alienated and even demonized by Western nations. Especially since 2013, Western countries have continued to put pressure on Turkey and pursued anti-Turkish policies in most regional crises, especially in affairs related to Syria and Libya. Some Western countries began to overtly support all anti-Turkish organizations with all the means at their hands. For instance, the U.S. has been sheltering leading members of FETÖ organization, including its ringleader Fetullah Gülen, while the U.S. government has been providing financial and military support for PKK/YPG in northern Syria.
However, the increased pressure on Turkey has not produced any of the gains these countries expected. As a response to this alienation, Turkey has begun to give priority to its relations with non-Western countries. In this context, among others, Turkey improved its ties with Russia, and as a result of further alienation in this regard, the country has signed many political, economic and military agreements, including the purchase of S-400 missile defense systems with Moscow. It seems that the cost of alienating Turkey will continue to rise for the Western countries. However, this alienation has at least forced Turkey to take the measures necessary to improve its defense industry and its relations with non-Western countries to form new initiatives on the international scene.
In conclusion, the July 15 coup attempt was the edge of the cliff for the future of Turkey. However, the failure of the coup attempt has provided Ankara with the means to restructure its domestic politics and foreign affairs. As a result of the measures taken in the wake of these events, Turkey has consolidated its political stability and strengthened its regional standing.