The ironic legacy of the 9/11 attacks 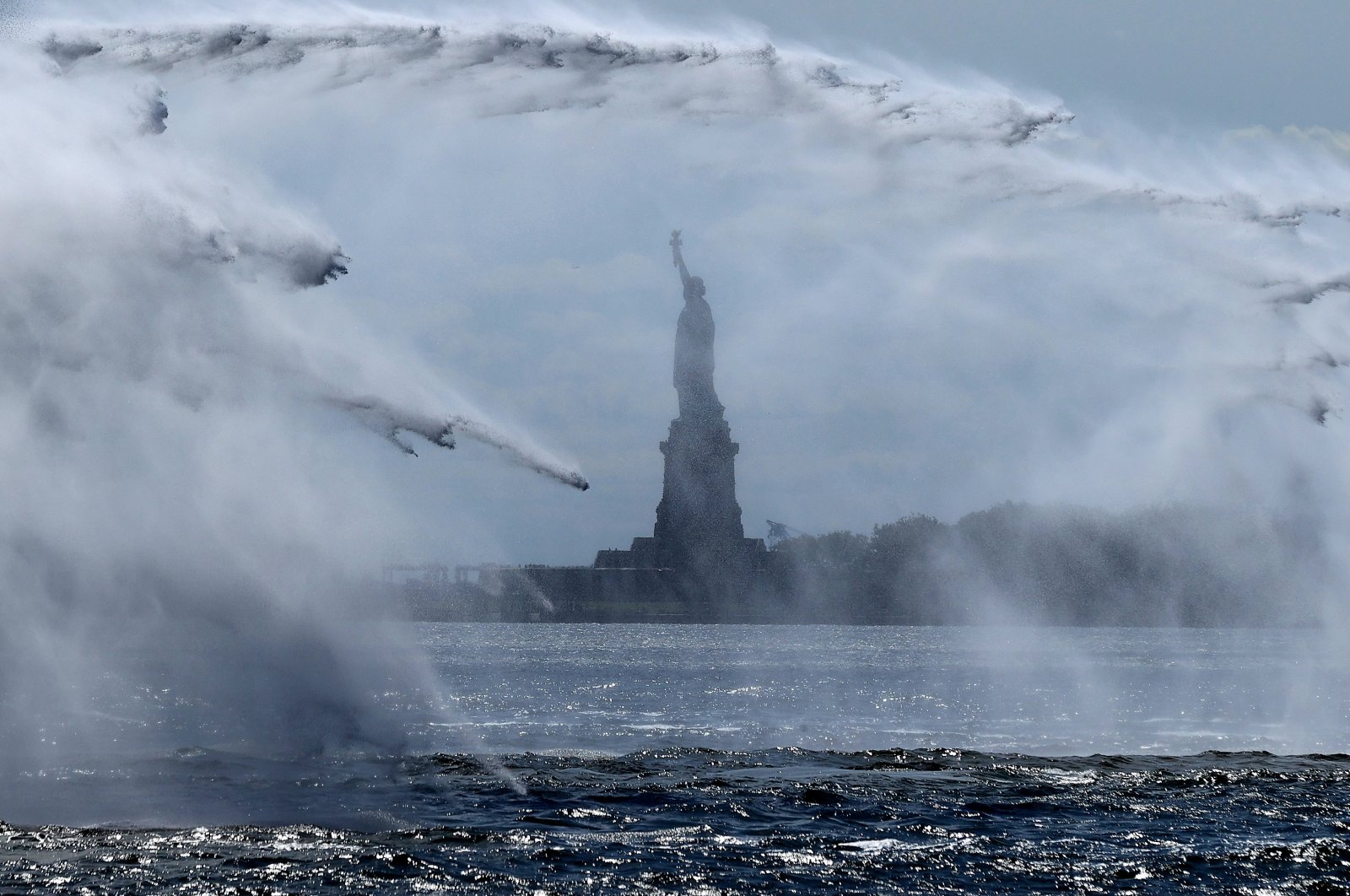 The 9/11 terrorist attacks were one of the turning points in the history of international relations. The legacy of the attacks has dominated the international system for almost two decades and triggered events and transformations that may have more long-term ramifications.

The decade after the end of the Cold War was an era of optimism and liberal utopianism. Liberal triumphalism was shadowed by some ethnic conflicts, genocides and small wars of the 1990s in Rwanda, the former Yugoslavia (Bosnia-Herzegovina, Kosovo), Somalia, Sudan, Afghanistan, etc. However, those conflicts that took place in the Balkans, Africa and the Middle East did not have a transformative impact on the major global powers. There were still hopes of globalizing a United States-led liberal international order and reaching out to all corners of the world. The discourse of the globalization of everything was also instrumentalized for the diffusion of liberal ideals in the social, economic, cultural and political domains

NATO and the trans-Atlantic alliance were still enjoying the victory and maintaining the hope of a globalizing order based on the capitalist global economy and liberal internationalism. There were criticisms of liberal internationalism, however, especially interventionism and resistance against the American-dominated world order. Even European actors were against U.S. unilateralism, as were China, Russia, India and other middle powers. Nonetheless, almost all the actors were benefiting from the economic aspects of a more integrated world economy.

9/11 was a clear warning call to shake this unfounded optimism. Elements of resistance and some of the marginal opponents of the existing Western-dominated global system also managed to organize themselves as global terrorist networks. There were local pockets of resistance and widespread anti-globalist opposition, but those actors were not taken as a significant challenge to the overall trend of the expansion of liberal internationalism. There were terrorist attacks in many parts of the world by extremist and millennial groups in the peripheral regions, but targeting the center of the world economy, and the global superpower, was an unexpected development.

Rather than taking 9/11 as one of the problematic outcomes of the existing world order and fixing the underlying sources of the problem with an inclusive framework, Washington decided to initiate a new campaign that it never stood a chance of winning from the beginning. U.S. President George W. Bush and his neo-con advisers decided to instrumentalize this ominous attack that led to almost 3,000 civilian deaths. The statement of “whether you are with us or against us” and the discourse of the “global war on terror” has dominated the agenda of the trans-Atlantic alliance and the Middle East and North Africa (MENA) and Afghanistan-Pakistan (AfPak) regions for two decades.

Decision-makers and bureaucrats in Washington expected that the local populations and people at the grassroots of the society in Iraq, Afghanistan and elsewhere would welcome their interventions and regime change initiatives. This misperception was a consequence of overconfidence and hubris. The neo-con misjudgment due to hubris ended in leaving behind a destructive and very costly legacy. Unfortunately, the following Presidents Barack Obama and Donald Trump also maintained the primary policy lines of the “global war on terror” strategy. Joe Biden was more courageous and chose to close the parenthesis of the earlier agenda.

Mismanaged responses to 9/11 will be mentioned as the moment that triggered the decline of U.S. power. This slow decline of U.S. power may continue for the upcoming decades. The U.S. will continue to be a superpower, yet the status of inalienable might will eventually disappear. The hubris that responded to the 9/11 attacks, instead of the attacks themselves, is the main reason behind this slow decline. Al-Qaida and other terrorist groups did not defeat the American power, but they distracted the U.S. from other more inclusive and more constructive goals. The main challenge to the U.S. was not al-Qaida or other terrorist groups, but rather the imperial hubris that distracted Washington from her long-term goals.

The neo-con agenda of reorganizing and giving a new shape and new order to majority Muslim countries in the MENA region ended up in a complete catastrophe. The U.S. and her allies paid trillions of dollars for operations that would never be won. The U.S. and NATO troops failed to pacify insurgencies in these asymmetric and hybrid wars. The Americans especially demonstrated that they were unprepared militarily, culturally and economically to handle asymmetric conflicts.

The price paid for 'terror'

The price that the U.S. and its allies paid for the “global war on terror” campaign is nothing compared to that paid by the countries that were invaded, bombed, marginalized and disenfranchised during the campaign against “terrorism.” Like many countries, who were affected directly and indirectly by the consequences of 9/11 and the American-led mobilization that continued for almost two decades, Turkey has also been victimized.

The wide-scale destabilizations in Turkey’s neighborhood constitute significant and long-term risks for Turkey. Turkey’s security was considerably affected because of the weak and fragile states in its neighborhood. The PKK and terrorism returned to Turkey’s agenda as a top priority issue. Economically, Turkey’s resources were allocated to countering terrorism threats. The geopolitical vacuums that emerged after U.S. invasions were the main reasons behind Turkey’s challenges. The security-oriented policies also shadowed Turkey’s EU integration agenda. Turkey’s financial resources and human capital have been allocated to its security infrastructure due to the instabilities in her neighborhood.

Not the first, not the last

The 9/11 attacks generated an interim period where the world’s ultimate superpower and its allies focused their attention on a new global agenda that prioritized security rather than more constructive economic and political agendas. The recent withdrawal from Afghanistan is the most precise signal of abandoning the outcomes of 9/11. Afghanistan will not be the last disgraceful defeat and withdrawal that the U.S. will experience.

The strategy to handle the post-9/11 era was wrong, and the U.S. wasted its opportunity to demonstrate successful leadership in this interim period. The U.S. instrumentalized 9/11 to invade and intervene in many countries and expanded its military power disproportionally. The U.S. will eventually right size its troop presence according to its financial capabilities and long-term interests. The countries and regions devastated by unjustified interventions will continue to suffer the consequences of such a legacy. One of the most important legacies of 9/11 is the plummeting of American power and the credibility of the U.S.-led world order.